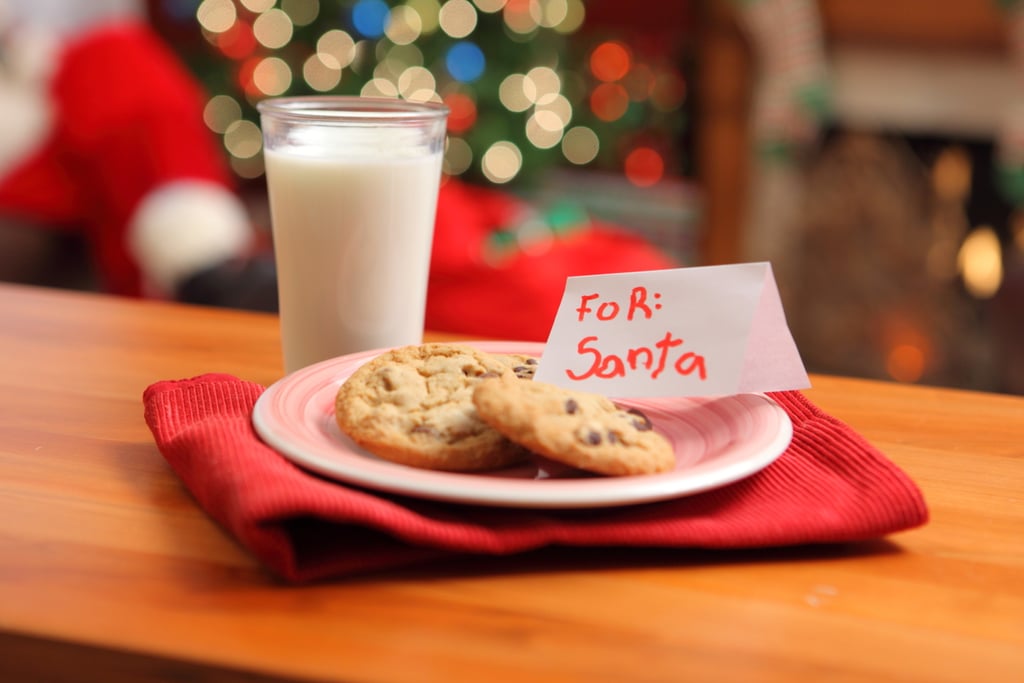 In December of 2013, after much debate, my husband and I decided to tell our oldest daughter, then 4 years old, that Santa isn't real.

Like all moms and dads, we were exceptional parents before we had kids. We had ideas of how we would approach certain topics and we felt proud that we'd considered such things in advance.

And then we actually had the child. And then another, and another. We discovered very quickly that we are painfully average parents.

The Santa thing was something we'd basically settled on ahead of time. We knew we didn't want to perpetuate the, um, lie. But we wanted to do it carefully, and sometimes wondered if we were making something out of nothing; removing a little playfulness for no reason. LOTS of people we really respected chose to incorporate Santa into their holiday plans, so we kept talking through it.

Thankfully, the first couple years were no big deal. Our first child, Liv, wasn't old enough to remember or care, and we didn't take any steps to introduce her to the guy. Then she started preschool, and came home with Santa crafts. People would ask her what she wanted from Santa at the store. She started eyeing our chimney suspiciously. We needed a plan.

But we went with it. Actually, I kind of threw it on my husband one afternoon. We called Liv in, and Duff started.

He was super gentle and very caring. When he said the words "Santa isn't real," she gave him a look that turned him into a puddle. Her lip started trembling (she specializes in the quivery lip). He looked at me wide-eyed and we started to scramble. I felt like a jerk.

It turned out she was most upset because she thought she wasn't going to get any presents. We assured her that she would get presents no matter what (even though that ISN'T EVEN GUARANTEED WITH SANTA), and she perked up. But she totally rejected what we were telling her. It basically sounded like this:

Us: Santa's not real.
Her: Yes, he is.
Us: No, sweetie, he's not. But we still play the fun game and we do presents and what is Christmas really about?
Her: Jesus' birthday and time with family and friends that you love. Also, Santa is real.

After that conversation, my daughter would sometimes sigh and say, "Mom, grownups just don't understand Santa." She was determined to hold on to the idea. We gave her some space about the issue, and didn't correct her or turn every conversation into a teaching moment. We just smiled at her, and even though she was only four, it was like we were having a conversation without talking. Like she was saying, "I hear you, but I want to believe this," and we were saying, "We know, honey. It's fine."

A week or so after Christmas, a friend gave me a wink as she asked her what Santa brought her this year. Anna knew about our Santa conversations and we were both interested to hear what she would say.

Liv stood at a kitchen playset with her back to us, making "tea." Without missing a beat, she said, "Oh Anna, Santa's not real, he's just a game." She turned and walked toward us with a smile and a tray full of imaginary tea.

We cracked up, and each grabbed a cup.

This year my second daughter is 4, and we've been tiptoeing around the same conversation. Liv is now comfortable with the "Santa is a game" approach, and doesn't make a huge deal about it. But I've wondered if we should repeat the same thing this time, or approach it differently.

I think we'll probably talk to her in the same gentle way, but this time we'll do it knowing that she will have her own response. We can't make her listen, or understand, or believe, or play along. We'll give her the information, and see what she does with it. We'll make sure she knows she needs to respect other family's choices, and that Santa is a HUGE secret that she shouldn't talk about with anyone but her sister and us. We'll tell her to play along at school, and we'll build anticipation for Christmas morning, when the base of the tree is littered with presents that Santa didn't bring.

When people ask us how we approach Santa, the thing I'm sure to tell them is that it's fluid like most things. We've decided to do it this way, for these reasons. We recognize that other people make other choices for different reasons. But mostly, I tell them to relax and let go of the pressure to create a magical experience, either way. Because honestly, magic is the kids' specialty anyway. And Santa-filled or Santa-free, it's still the most wonderful time of the year.

Kristi James is a writer, fan-girl wife, and mom to three pretty spectacular little girls. She blames her recent increase in coffee consumption on Gilmore Girls. Find more at AndBabiesDontKeep and @kristenannjames on Instagram and Twitter.

Image Source: Shutterstock
Holiday For KidsHolidayPersonal EssayChristmas
Around The Web

Joe Biden
By Wearing a Mask, President Biden Is Leading by Example and Sending an Important Message
by Jenny Sugar 2 days ago