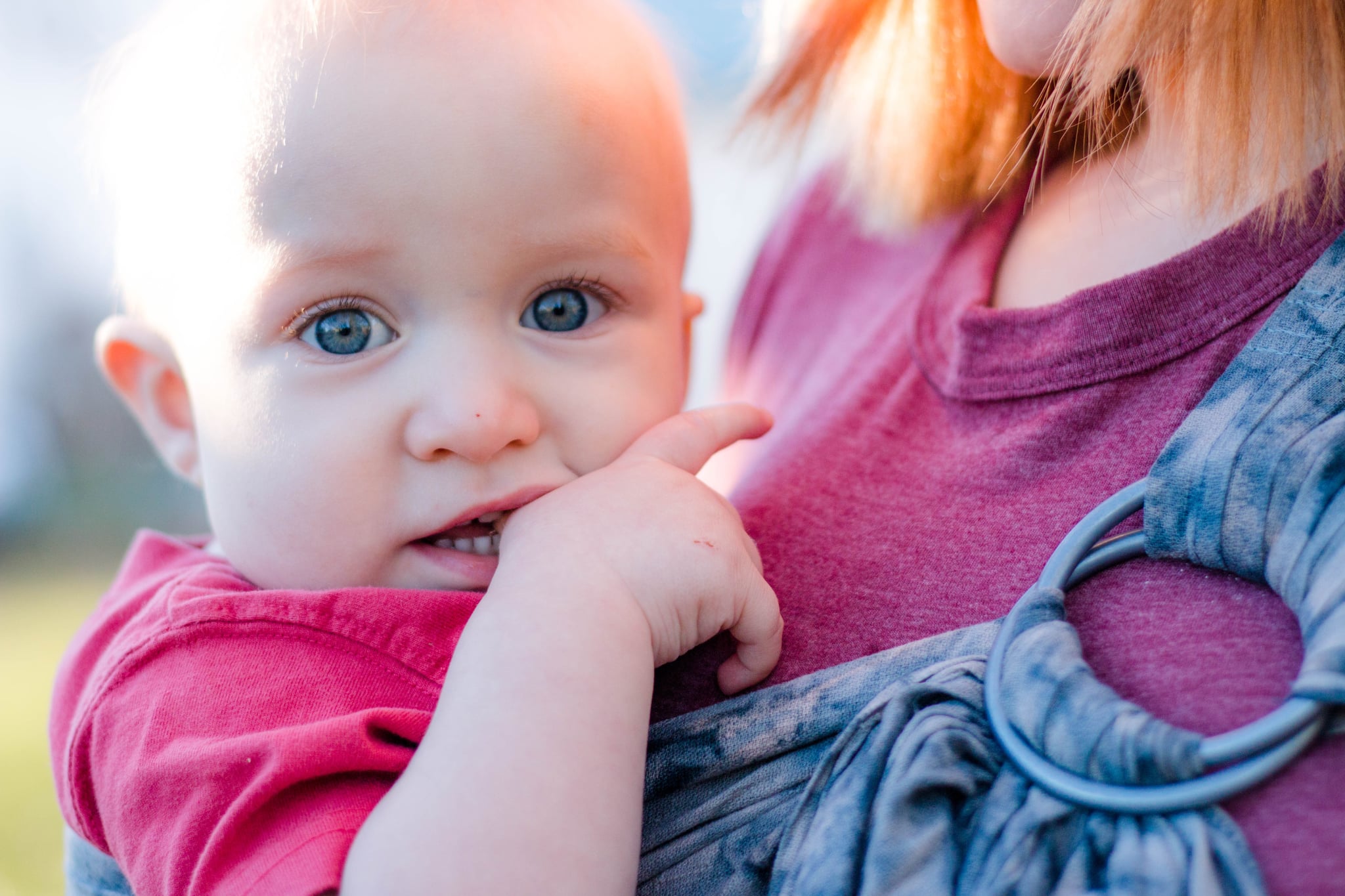 I was standing on a street corner, waiting for the walk signal to light up so that I could head to the local running store in my neighborhood where I was picking up race-day packets for my toddler and her friend, who were "competing" in a 20-yard dash that coming weekend. (Cute, no?) I had my 3-month-old baby on my chest, securely snoozing in a ring sling. I took out my phone, figuring I had another 30 seconds to kill, and perched my sunglasses on top of my head.

That's when I felt it. Someone was tugging on my baby's leg.

I zipped around, and there she was. A middle-aged woman with a disappointed look on her face and my daughter's sockless foot in her hand. (Yep, sockless. I'm sure you know where this is going.) I grabbed hold of my baby's leg and lurched my body away from her as she was talking. I couldn't hear her very well, but what I caught was, ". . . you need to put socks on . . . poor baby is . . . very bad . . ."

I have never been good at dealing with confrontation in the moment, and true to form, I stammered something that only resembled proper English: some semblance of "don't touch! my baby!" and "no, no, no." (Pretty obvious my main companion these days is a baby, amirite?)

She looked at me incredulously and shook her head. I was in pure shock. I turned back around, my eyes welling up behind my sunglasses. I heard someone say, "Damn!" followed by snickering. Clearly the slow traffic light allowed for an audience to form for this half-minute exchange.

Related:
Mom's Thoughts on Mommy Shaming Are So Spot On, It Hurts

When the walk signal illuminated, I sped across the street, ran my quick errand, and rushed home. I kept replaying the scene in my head over and over. I felt defeated and mortified and guilty for not reacting well. But mostly I felt like a bad mom.

A few hours later, while nursing my baby, she did this thing she does where she stops and looks up at me with this joyful smile splayed across her face. She didn't think I was a bad mom.

Yet this woman, a complete stranger, thought so. She thought she knew more than me. But she didn't.

She thought she knew more than me. But she didn't.

I realized that, yes, this woman knows more than me about raising her kids for the past 24 years. But I know a hell of a lot more than her about mine.

Could I have put socks on my baby? Of course. It was a mistake. Six out of seven days, my baby is in a footed sleeper, but that morning, because I was feeling ambitious ("I can have it all!" I likely thought), I'd dressed her in a cute onesie and pants, and in the rush to get out the door that afternoon, I simply forgot to grab socks.

But could this woman have given me, a fellow mom, the benefit of the doubt? Instead of feeling the overwhelming desire to judge, could she have looked at me — a tired woman with a tiny human strapped to her chest and spoiled breast milk staining her shoes — and decided to simply say, "Beautiful baby" or, just as well, nothing at all? Most definitely.

Related:
How a Stranger's Comment Changed the Way I Parent

Sadly, that's not the world we are living in these days.

Oh, if it could be though.