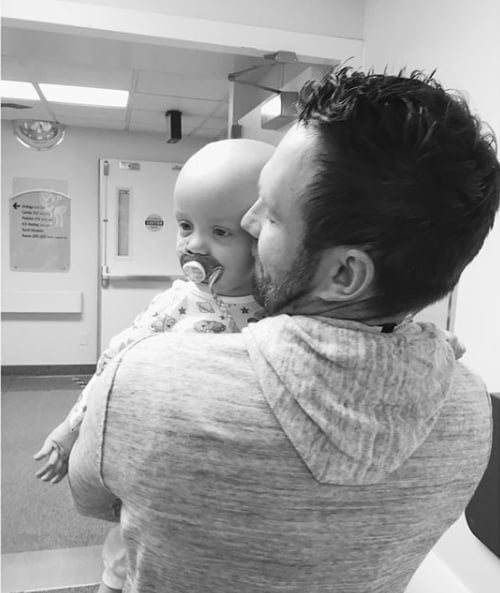 Steve Tate, a dad and author of The 20-Month Legend: My Baby Boy's Fight with Cancer, can recall the worst day of his life quite clearly: it was the day one of his infant triplets, Hayes, was diagnosed with a brain tumor. The father of six told POPSUGAR that learning the news one of your children has cancer was truly an out-of-body experience for him and his wife, Savanna.

"I sat there staring at the black-and-white image of the CT scan they did thinking it was a dream. There were so many times when I would see a kid with cancer and ponder to myself: 'What would I do as a parent? How would I handle it?' One of the hardest things for me was when people would say, 'You have to be strong.' I would break down and cry. I've come to learn that being strong isn't about whether or not you cry, or show frustration. It's not even a matter of being scared, but rather overcoming your fear and facing the challenge head-on," he said.

He made the decision to be strong for his family for the next year and a half, which was a test of emotional strength, to say the very least. And far and away, one of the hardest parts of getting the news about his son's tumor was having to break it to his other children.

"I craved normality. I yearned for the simplicity of being together in one house, eating a meal together with all eight of us at home."

"As difficult as it was to receive the news about our son having cancer, it was even more difficult verbalizing it to others, especially my kids. Verbalizing it made it real. I remember the exact moment I said the word 'cancer' out loud to my kids," he said. "I sat them down as the tears filled my eyes and my voice shaky. There's not a playbook for parents when it comes to this, and the communication was open."

But dealing with the stream of heartbreaking questions from his kids was the most painful part of all.

"We would pray together often. I made sure that they knew the obstacle that we faced as Hayes went through chemotherapy. There was a point when we had just finished praying and my oldest son looked at me and asked, 'What if he doesn't make it?' I saw the worry in his eyes, I recognized it. It was the same worry that I carried in my eyes. I didn't know the answer to that question that I too asked myself. But I told him our family and the doctors would do everything we can to get him better," he said. 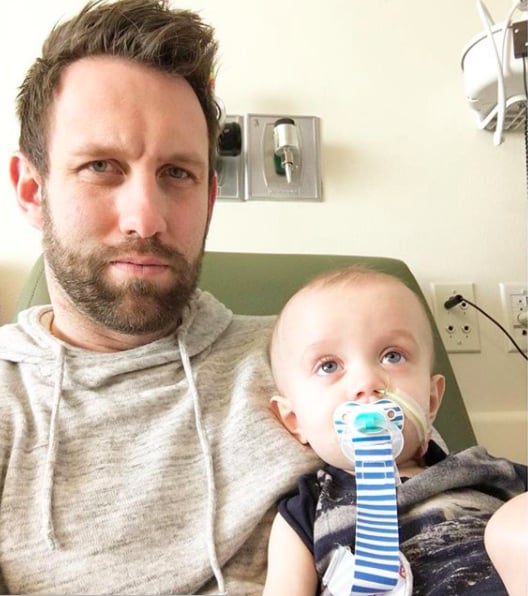 And as you can imagine, working as a financial adviser, raising his kids, and holding down any semblance of marriage all while your baby is in the hospital getting chemo was quite the juggling act for 150 days straight.

"I worked during the day and cared for the kids at night, while my wife stayed with Hayes at the hospital. We had our routine, and our marriage remained relatively strong," Steve explained. "But it was hard to balance the stress. Sleeping alone in my bed while my wife slept at the hospital for 150 days was extremely lonely. I craved normality. I yearned for the simplicity of being together in one house, eating a meal together with all eight of us at home."

But unfortunately for parents with sick children, normality often becomes a distant memory you reflect on fondly. Steve also dove into how heartbreaking it was for Savanna, who missed out on a lot of her other babies' milestones. "She missed some monumental moments in the babies' life. They learned to crawl, stand, and walk, but she also got to spend the priceless moments with Hayes in the hospital. Our focus remained on our little boy. He was our goal, to get him healthy." 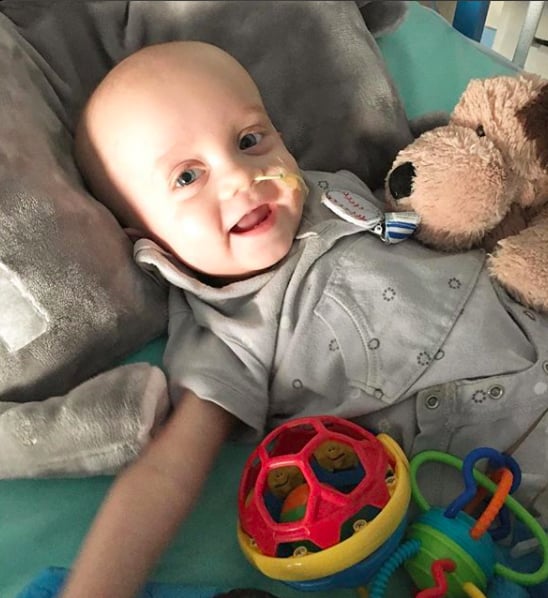 Despite all their efforts, Hayes passed away after battling cancer for 20 long months. While grieving his loss, Steve felt he was left with two options: to let this tragedy consume him or to live to the fullest with his son in mind.

"I could let this tragedy overcome with sorrow and darkness and pain, which would lead to an extremely dark and lonely life. Or I could live for my little boy," he said. "I often look back on his life, and how he lived. He was never angry or bitter. He never let cancer prevent him from smiling or laughing. He lived each day despite being sick."

Does this mean Steve no longer needs to mourn his son? No, of course not. But it does mean Steve is going to live his life with the goal of making his late son proud.

"I know he'd want me to smile, to be happy. He'd want me to help others who might be lost in this battle. Hayes would want me to be the example of strength and courage," he explained. "But that doesn't mean I don't experience extreme loneliness and sadness, because I do. I cry often, but I find life in him and my other kids, and that's what keeps me going." 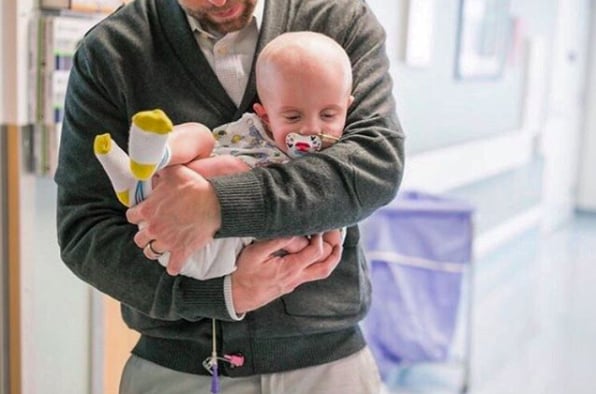 Penn Badgley
Penn Badgley Admits His Pleasant Fatherhood Experience Is, Ahem, "Not Helpful" to His Role on You
by Kate Schweitzer 10/11