When my child started kindergarten, I thought that I would hear more about school. I would know, finally, what they do all day. I was wrong. Information filters back to me, but in these first weeks, it's still a mystery.

We've been here before, in pre-k. Her first year of school she reported things, often, but later I would figure out that these things may or may not have happened. It was like having an unreliable, creative storyteller instead of a journalist. At first, I just took everything at face value. Classroom bunny died? You buried it in the back? OK. Someone's going to give you her special lunchbox? Hmm, how nice. You overwatered the potato plants and they died? That happens. One day she reported that the teacher brought two alligators to school. I actually asked about that one, thinking maybe they were lizards. I knew there was a lizard as a class pet in another classroom. To me, it wasn't so far-fetched. Then she reported that their bus broke down. This had happened before. But then, she said, they all got on bicycles and rode to school. I laughed, and laughed. After that, I asked questions about school, but I took the answers as more indicative of her reality than, perhaps, actual reality.

For many parents, when going from a day-care setting or preschool to elementary school, there is an information downgrade. In day care, the teacher sends weekly letters home or writes in a notebook and of course, you may communicate with the teacher twice a day. You feel like you know a lot about what goes on and who else lives in the room, their friends, who they butt heads with, and which teacher is their favorite. I have a friend whose son's preschool actually sends him email missives throughout the day, including such detail as how his son handled scissor time. Or what his son baked that morning. It's too much, really. Satisfying, perhaps, but necessary? No. It sets you up for some confusion when your child starts school and rides a bus and can't really answer any of your questions about the classroom or the day. You may get notes from the teacher, or even texts, but even these feel fairly indecipherable when you're used to daily contact. And the reality is that for your young child, a lot happens in one day. So much that they probably can't even process it all, let alone remember and report it back to you in chronological order. And they can't answer your overly generic questions of "How was your day?" or "What did you do today?" I've settled for things like, "What did you eat for lunch?" and "Did anything funny happen today?" Or, "Who did you sit with on the bus?"

After spending so much time with my kids all Summer, there's a little hole, a missing voice, when they go back. And I feel so ignorant. It takes me a while to adapt, but for now, I'm trying to figure out, from the verbal reports, what she likes and what might be going on. Luckily, there's open house next week. And I've been reassured by the teacher that she's having good days. But until the information rains, this is what really goes down, according to my schoolchild.

Recess. There seems to be a lot of recess. (Which is great, obviously.) Sometimes they play fairies and a boy wanted to play too, he helped them up the slide, don't remember his name, but he wanted to follow them around and that was kind of annoying. Sometimes her friend from last year is serious and doesn't seem to want to be friends. But sometimes she is her funny self. Sometimes she is just serious and sometimes she is funny. Sometimes she meets a new friend on the playground but does not remember their name. Sometimes they play kittens on the playground. Orla braids her hair on the bus. Orla is in the room across the hall. She made a new friend on the afternoon bus, Olive, but she's only 4 and said she was in third grade. That's too small. One time she fell asleep and one time she wanted to talk. There's a Jayda AND a Jayden in her room. She wanted the farm-fresh foods at lunch but they were sold out. She wanted to try the kale because you get a sticker from the lunch person if you try it. She forgot to eat the lunch we packed today. (That happens a lot . . . ). She had fun lunch. She went to gym. Kids who wear sandals have to stand against the wall and do not get to do gym. In music they sang the hello song from the CD! The same song! And have you ever heard "Down by the Bay?" (I sang that in music class, child). In class they have Fun Fridays. That's dress-up or dance or blocks. Also they dance to this song, "Watch Me Whip". (Had to YouTube that one). And a song from Ice Age. You slide to the left. She went to the library. They keep their books in their lockers but she doesn't know what the teacher does with them. She has a locker.

Fun lunch, Fun Friday. It sounds pretty fun, kindergarten. From what I can tell. 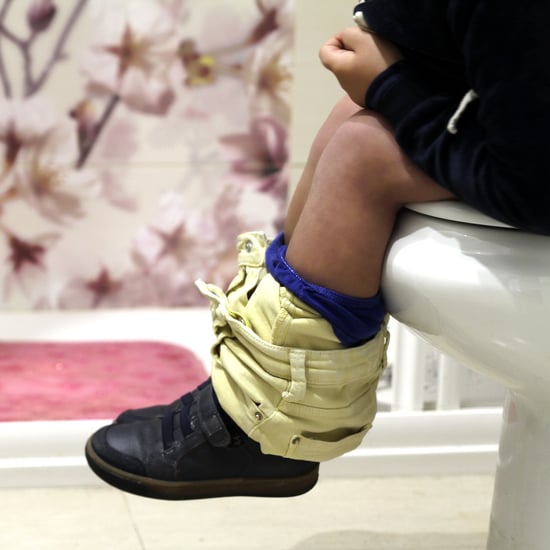 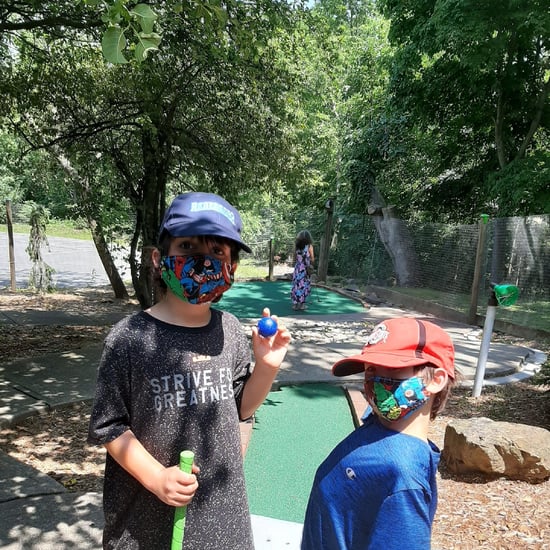 Family Life
A Mom on Trusting Kids to Wear Face Masks: "I Am Tired of These Blanket Assumptions"
by Murphy Moroney 18 hours ago

Back to School
Angela Kinsey on How At-Home Learning Is Going: "I Just Really Miss Our Teachers So Much"
by Murphy Moroney 1 day ago

Babies
I Took My 1-Year-Old Camping, and Boy, Do I Have Some Advice For You
by Maggie Panos 1 day ago