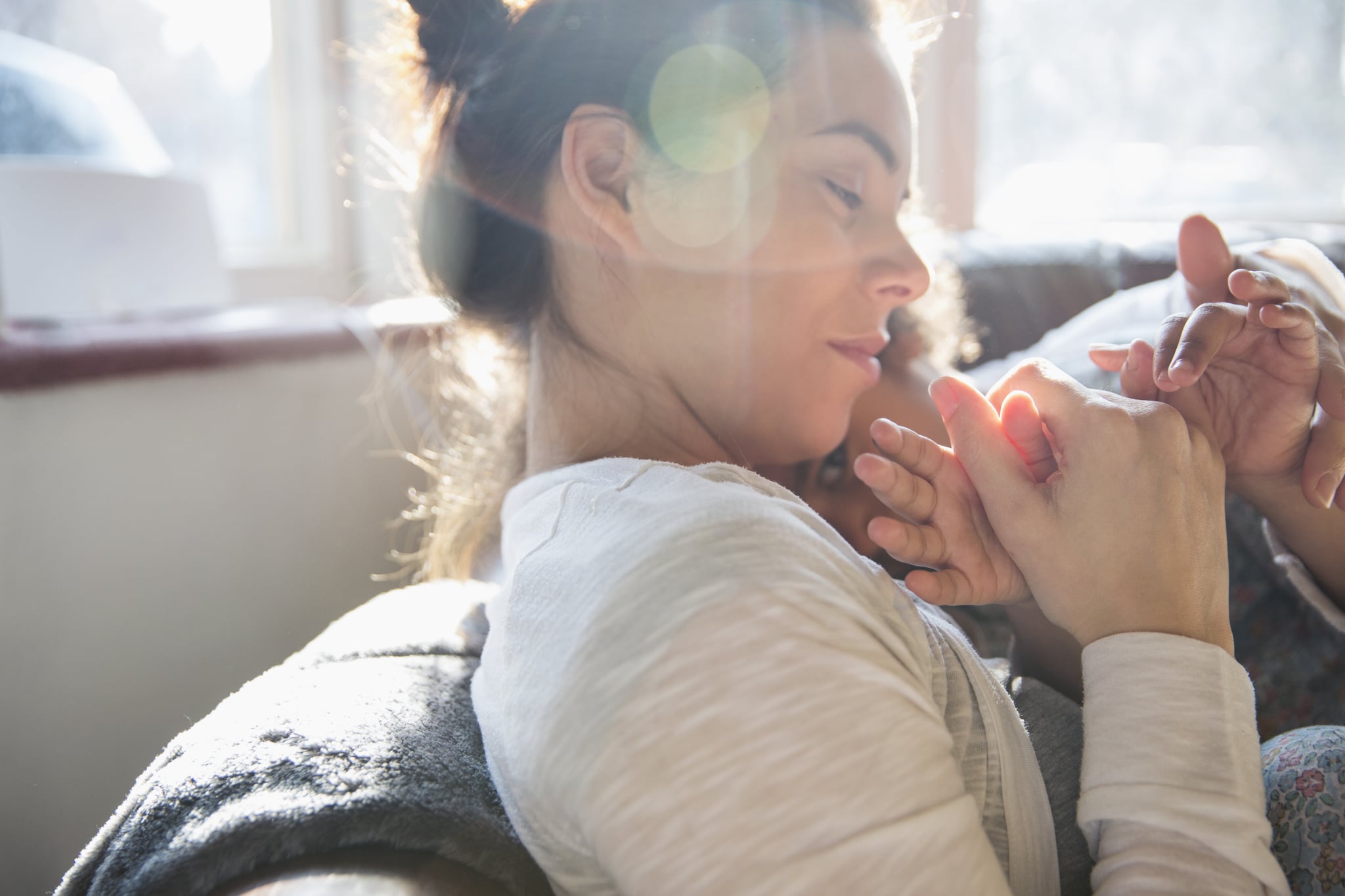 My parents divorced after 40 years of marriage. My brothers and I weren't entirely surprised, because frankly, neither of my parents had seemed happy for a while, but the ripple effects it caused were overwhelming — especially since we were all married and parents ourselves. My brothers and I had to consciously make sure that their separation didn't divide us as siblings. Luckily, we were able to work through it and found our family's new normal, though it took some difficult conversations about setting boundaries.

In my circles, I've seen divorce become increasingly common for couples who've been married a long time. Maybe they have long-grown children, or children in college, when they look at each other and realize they no longer know the person they married. As a mom, I can see how the husband-wife relationship can get put on the back burner while raising children. My parents did so much for us when we were kids — darting from soccer practices to ballet class to basketball games, making sure we were doing our homework, eating healthy, and taking care of thousands of other things we needed. So, when that whirlwind dies down, it's understandable when parents forget what it's like to focus on themselves and their relationship. Sometimes, neither partner can see past what they've become to get back to what they used to be. Sometimes, they just can't compute the changes they've each gone through over the years.

Related:
The 1 Unexpected Relationship Lesson I Learned From My Parents' Divorce

Even though I'm not a little kid anymore, I still felt like I was being forced to pick sides at times.

When my parents told me they were separating, I found that it made sense; they both deserved to be happier than they were. My brothers seemed to agree, though we all handled the divorce differently. And even though I'm not a little kid anymore, I still felt like I was being forced to pick sides at times. Neither my mom or dad made me feel like I needed to choose between one or the other, but I knew when my mom moved in with us during the divorce, it certainly looked like I was. There were times when my brothers and I would find ourselves fighting amongst ourselves because we felt the need to stand up for or argue for one of our parents. In those moments, we had to remind ourselves (and each other) that this wasn't our battle, and we needed to stick together.

Both my parents had the best intentions of keeping things friendly, and I was all for that; they have grandkids who love them and who are used to seeing them together. But sadly, things started to get messy once other extended family members got involved. And as my parents became less friendly towards each other, I became increasingly stuck in the middle. My dad would ask questions about my mom that I knew she was refusing to answer herself. My mom would inquire into how my dad was doing. I felt a constant pull between the two until I finally told them that I wasn't going to act as go-between and I would no longer discuss one with the other. It was a hard but necessary conversation, and luckily they both understood. It was odd to stand up to my parents as an adult since I've spent most of my life viewing them as the authority figures, but now that I had my own family to take care of, I didn't have time to play messenger. Setting this boundary was key to my successful relationship with both of them after the divorce.

Related:
An Open Letter to Anyone Whose Parents Are Getting Divorced

The truth is, marriage is a gamble and no one knows what the future holds.

I realized that no matter what age you are, seeing your parents' marriage end can be jarring. It made me question what may happen in my own marriage once our kids are grown. Would I follow in the same footsteps? Did I have a choice in whether this became a pattern? I voiced these anxieties to my husband, who helped soothe my fears. The truth is, marriage is a gamble and no one knows what the future holds. You're committing yourself to be with one person for a lifetime, but who knows what might change over that lifetime? The way I see it, if you pick someone you love, hopefully that love will carry you through the good times, bad times, and all the changes.

I've noticed that children who grew up with divorce parents seem to spend a lot of energy second-guessing their romantic relationships and letting doubts creep in — and understandably so. But being an adult when your parents divorce means exactly the same thing. Sure, I didn't have to deal with custody battles or splitting time between two homes, but seeing my parents' marriage crumble after 40 years was a different kind of trauma. I saw that break from a child's perspective, because to me, they're still my mom and dad. I also saw it from a mom's perspective, now that I have kids of my own. And I saw it from a married woman's perspective. Merging all three of those perspectives proved to be confusing and a little scary. And while it wasn't easy to navigate, we did it together as a family. I'm so grateful that we made it work and figured out the best solution for all of us.