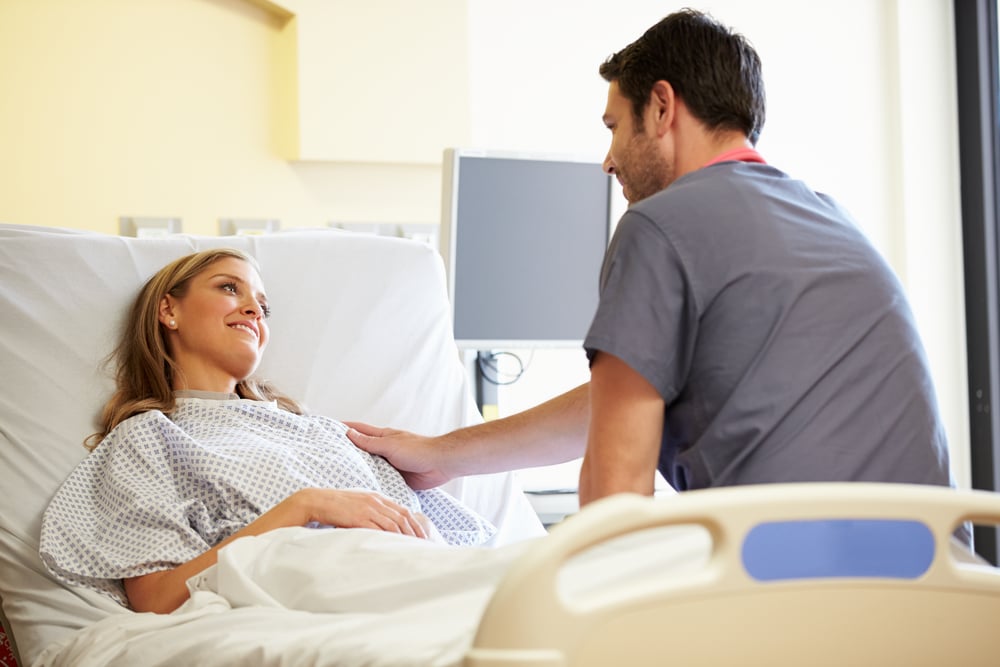 I got my tubes tied when I was 33 years old, right after the birth of my daughter. She was my third child, and even though I wasn't entirely sure that I was "done" with the whole baby-making thing, I knew that my husband and I couldn't handle any more.

I became pregnant the first time while I was on birth control. I did not know that antibiotics and birth control didn't like each other, and I unwittingly asked them to play nicely. They didn't; the antibiotics won, and I found myself in an ER in the middle of the night, writhing from the sharp pain of a kidney infection, and thinking that surely I was hallucinating when the nurse told me that I was six weeks along.

That baby — my boy — was unexpected, but wow, was he wanted. I didn't even know how much until I started to embrace the pregnancy. His brother came along five years later, and their sister three years after that. I had easy, glorious pregnancies. I loved being pregnant. That surprised me, but I did.

But after three I knew that our budget and our sanity were both at the tipping point. I knew that relying on birth control pills wasn't going to cut it (no pun intended), and I broached the subject of a vasectomy with my then-husband. He wasn't having it; the thought of having something sharp anywhere near his junk was just too much for him.

We reasoned that since I'd be in the hospital and that there would already be ample activity in that general region, that having it done right after Erin's birth was not only smart but efficient. I told my doctor at one of my monthly appointments that I was thinking about tubal ligation; she said "great," jotted a note in my chart, and told me that it was "no problem." That was it; no questions about whether or not I was really ready, no caution about what it might feel like, no warnings about anything.

The big day of Erin's birth came, and rather than doing the procedure then, the staff decided that it wouldn't be my ob-gyn who would take care of me but her partner. So, the next morning before my then-husband had even arrived, they wheeled me into the operating room and gave me that happy shot that made the world go fuzzy and dark.

When I woke up, I felt fine at first. But that was before I moved. I was desperate to go to the bathroom and didn't think that it would be an ordeal. I tried to get out of bed to go, and I fell to the floor. The pain I felt shooting through my midsection was unbearable; childbirth and recovery was a picnic compared to this. The nurse helped brace me with a pillow and plied me with painkillers. She taught me to hold a pillow against my stomach if I tried to move. She said, "They never tell us how much it hurts. I wish they would." She was an angel.

She was the one who explained the procedure to me. She told me that they pumped me full of gas to inflate my insides, then poked, prodded, and rearranged my innards until they found what they needed. She explained that they cauterized my tubes, then moved everything else back to where it was supposed to be. She told me that's why I hurt so badly, and warned me that recovering from a tubal ligation was worse than childbirth. She was right.

Best move ever or recipe for regret?

Probably a little of both. Once I recovered, I was glad to not have to worry about birth control. The finality of the procedure brought both relief and regret. I was at an age where I wasn't likely to have more children, but knowing that now I could never change my mind saddened me. The end of possibility saddened me. The closing of a chapter of life saddened me, because it was such a harsh reminder of just how quickly time is passing. There is an entire different conversation to be had about the emotional aftermath of a tubal ligation; I'm only thinking of the physical aspects in this post.

I do wish that my then-husband would have had a vasectomy instead. From what I understand, that is a minor procedure whereas a tubal ligation is a surgical procedure. I was put under anesthesia, which in my case did not harm me but increased the potential for disaster. My biggest regret, though, was that I didn't ask enough questions. I was too shy to talk to other women and find out from them how it really felt when they were done. I might have made a different decision had I reached out.

Or I might have just brought my own pillow.