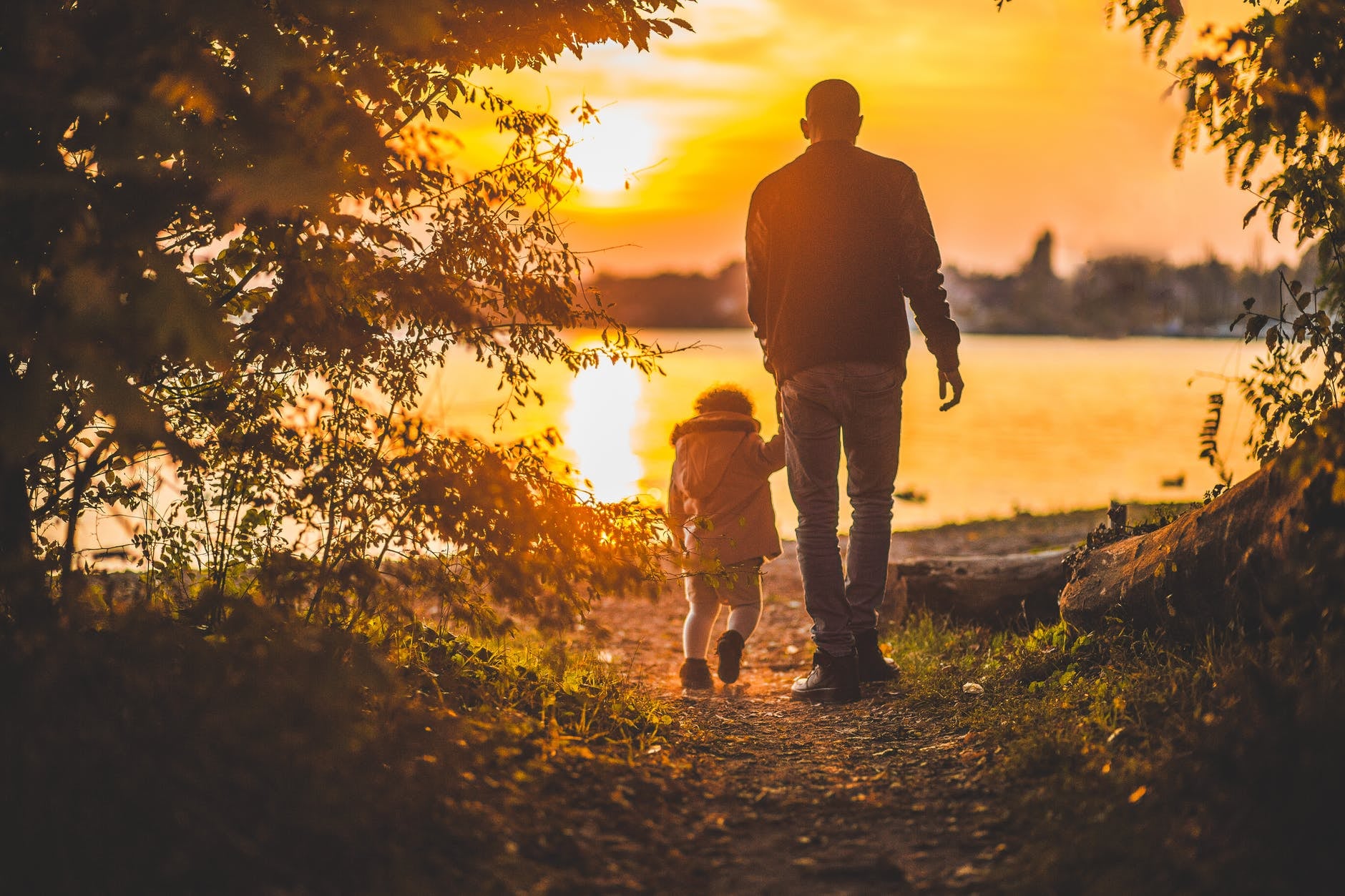 I remember looking through my mom's photo albums as a little girl and asking who that man in an army jacket was. She told me it was my dad when he served in the Israeli army. As a kid sitting on our couch in New York City, where where my mom and I lived, I realized that my father who lived in Israel would never be present in my life. I'd look at him through pictures of his youth and see the physical resemblance between us, never quite knowing if we shared the same personality traits as well. I came to accept his absence, and I focused instead on my mother and the other good people in my life.

Throughout the years, people often asked about my dad — what he was like, what our relationship was like, if they'd ever meet him. And every time I'd have to explain that my father refused to speak to me or acknowledge I existed, which, of course, stung. I'd try to brush it off, saying it was no big deal, but inside I just wanted to run away. Maybe a lie would've felt better.

Looking back and thinking about the journey I've taken, I realize that I didn't need to know him before becoming an adult. I met him for the first time when I was 22 years old, after he and his wife realized they shouldn't have rejected my initial interest in having a relationship. I was 15 years old when I first reached out to them, and I was denied a phone call, visit, or even social media requests for years. I made sure to heal myself during those years and protect my heart, assuming a relationship would never exist. After they changed their minds and wanted a relationship, they told their kids, who were thrilled to learn that they had an American sister. They decided to plan a trip to the United States and meet me in New York for dinner. While the dinner was pleasant and very enlightening, it was also hard to completely forget the past and start fresh.

Even though I've met him, we still don't have a strong relationship. We check in on birthdays, but we don't speak. To be fair, he doesn't speak English and I don't know Hebrew, so we have that working against us. But beyond that, it's hard to let someone in who you have focused on letting go for so long. Rather than feeling lost and resentful over the lack of memories and moments we could've spent together, I want to look instead at the positive elements I took from it and how it made me who I am today.

I learned to love myself for me and not question my self-worth. Coping with my dad's rejection for the first half of my life taught me how to handle rejection from others. I know that as long as I have myself, I will be OK. Not having a father in my life also made me appreciate the tight bond I have with my mother a lot more. The fact that my mother chose to have me, raise me, and love me, simply because she was praying for me, a baby girl, to come into her life, makes me feel incredibly valued. It's not about the quantity of love but the quality.

Not knowing my dad didn't hold me back from becoming a strong, independent woman who is able to recognize what actual love is — what it feels like, how to get it, when it's earned, and how it shifts with time. I learned that as long as I trust my gut, I'll know when to let people into my life. Do I have a future with my father? I don't really know. If it's meant to be, it'll happen, but I'll be perfectly fine either way.