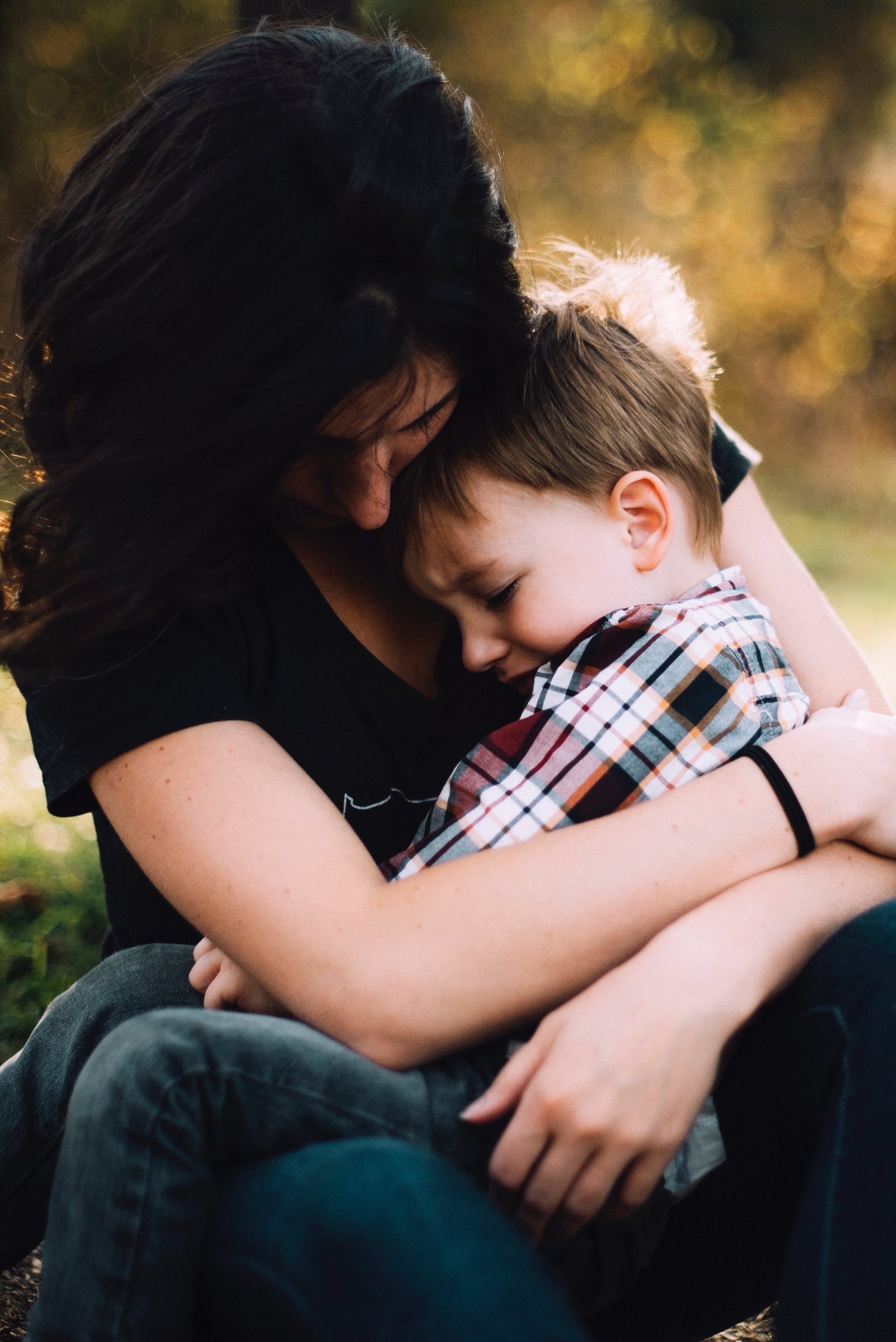 As an adult who suffers from panic attacks and anxiety, I can say with conviction that one of the least effective things people routinely say when I'm experiencing a panic attack is "calm down." While it's coming from a good place, I find it useless, and in the moment, it actually acts as a trigger for me because it signifies that something is wrong and not only am I in trouble, but someone has noticed my symptoms, and now I'm embarrassed for my behavior. You see the cycle here.

Which is why when I learned that Dr. Erina White, a Boston children's hospital researcher and clinical services director at Mightier, is a firm believer in avoiding using "calm down" language with children, I was immediately interested. I reached out to her to find out why telling a child to "calm down" might be ineffective and learn what parents should be doing instead.

"Usually, telling someone to 'calm down' is an SOS, a 'please stop, I can't take it anymore' on the part of the nonemotional person. It becomes an acknowledgment that whatever the other person is feeling or doing is too much, which can be a tough message for kids to hear," White explained.

What to do when a child is upset

So what should a parent do instead when their child is clearly upset? Say nothing? Dr. White suggests asking questions to get them to better understand their emotions. Ask things like, "How are you feeling right now?," "What's going on?," "What can we do to make this better?," or "I'm going to let you have your emotions right now; let me know when you are ready to move forward."

Parents should try to help their children with emotional regulation

Emotions are difficult things to process at any age, but if a parent can be successful at helping their child understand their own feelings, that's an enormous achievement. "Emotional regulation is learning how to navigate your feelings so that they are expressed in productive ways at the right times," White explained. "Let's say that you have a child who has just had her toy stolen by her younger brother. She can express her anger by hitting him or asking for help from her parents. The first results in a time out and uncomfortable consequences. The second might net her some assistance in getting her toy back and an ice cream for handling the situation in a productive manner." The same can apply to a child who is experiencing anxiety. "Someone who is anxious about going to school might have a meltdown, refuse school, and become substantially more frightened as they have allowed their fear to win, whereas another child with school phobia might face it in small increments, going to school a little more each day so that finally the fear subsides," White said. Both of these are important examples of how parents can acknowledge emotions.

When should you start this work?

It's never too early to start exploring emotions with your children. "I recommend for parents to acknowledge a child's emotions as often as they can," White suggested. Try saying things like, "Looks like this might hurt," "You seem sad here," and "Wow, that really made you angry when your brother pushed you."

It's also perfectly fine if you've already started telling your kid to "calm down"; there are tons of opportunities to practice new behaviors. "I try to remind parents that there really isn't a 'normal' as long as kids are working at discovering their emotions and making them productive. Some kids are naturally going to pick up these skills faster than others," she emphasized. There's no need for any of us to get down or feel bad if we're struggling to develop these habits at home. She finished with a dose of humor: "And, by the way, most adults don't have emotional regulation mastery."