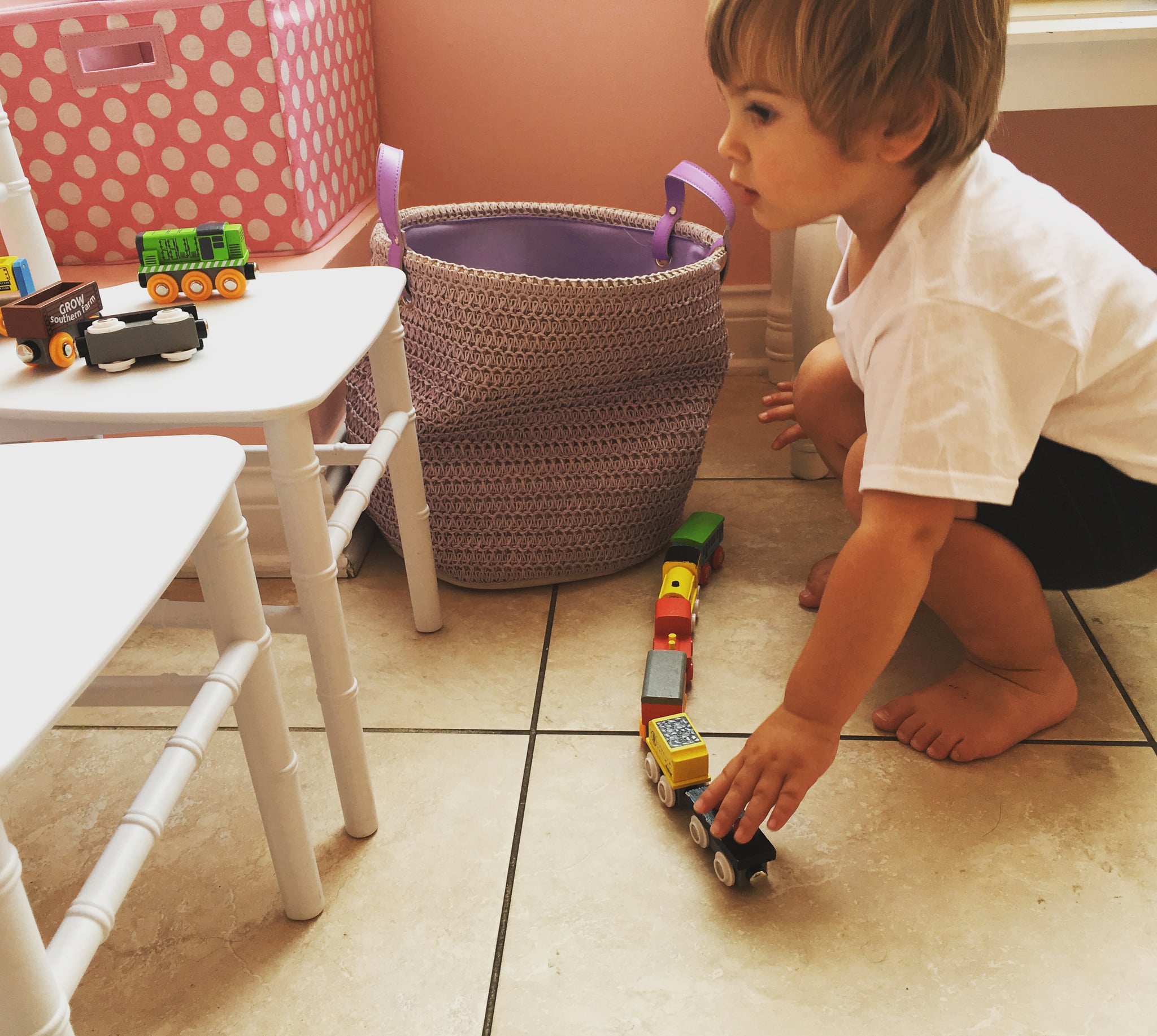 About 30 minutes before my son's first, and so far only, ballet class, I was desperately sifting through the toddler section at Target. While the ballet outfits for little girls are plentiful and adorable, trying to find the basic white shirt and black shorts for a boy was proving fairly difficult. If I had known that he was only going to last two minutes in the class, I probably wouldn't have even bothered.

In hindsight, taking my son to ballet was definitely the wrong class to try. Despite the class being geared toward 2-year-olds, he was more interested in playing with the trains in the lobby. While normally I pride myself on knowing him well, this was one instance where what I had hoped for blinded my expectations.

Part of being a parent is planning for all the neat things your kids get to try and do; it's one of the things I love about having kids. Even though I never danced growing up, I've always romanticized ballet for my own child, regardless of gender.

Traditionally an art form reserved for girls, ballet as an activity has become more socially acceptable for boys as well. Despite this growth, it still is drastically a lopsided activity, and as such, I wanted my son to try ballet for a variety of reasons.

Besides the sheer strength, athleticism, and appreciation for movement that dance teaches, part of the reason I wanted to expose him to ballet at a young age is because he's a boy, not in spite of.

That, of course, is where I went wrong. In my attempt to provide a non-gender-conforming activity, I neglected to recognize the strengths, abilities, and desires of my own child. Being mostly too young to tell me what he wants to do, it's up to me to gauge his potential interests. He loves running around, climbing, and shaking his booty to music. Standing at a bar and listening to an instructor encourage footwork is not his idea of a good time.

Ironically, by forcing him to try ballet, I was reacting the same way as parents who would channel their sons into traditional boy sports like football. I was letting my own relationship to the gender stereotypes I grew up with guide my hand.

Related:
What Exactly Is Gender-Neutral Parenting?

I genuinely believe dance would be great for him, and maybe we can try again in the future if he expresses an interest. Until then, I'll stick to classes that I know he'll like, regardless of if they support or diminish any longstanding gender norms.