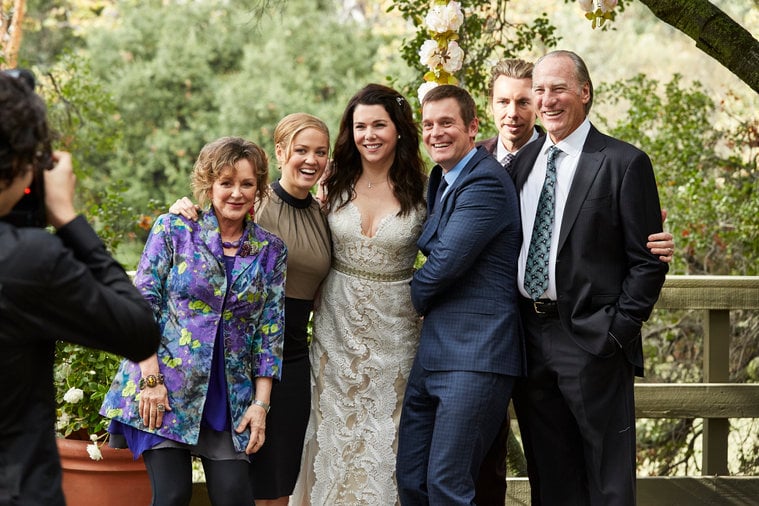 If you've spent your Thursday evenings bonding with the Bravermans for the past six seasons, you either have your DVR set or calendar cleared for tonight's big Parenthood finale. While the dramatic twists and turns of the show's plotline are entertaining, it's its no-holds-barred approach to tackling the toughest (and most relatable) family scenarios that have really kept us committed. Infidelity, dating for single parents, autism, adoption, unplanned pregnancy, dealing with aging parents — the list goes on (and on, and on . . . ). While it's oftentimes so closely aligned to reality that it can be painful to watch, there's no denying that Parenthood keeps it real — plain and simple. Here, six reasons that we're seriously dreading saying goodbye to the Bravermans.

1. They Tackled the Topic of Adoption With Honesty and Tact

After a lengthy, and eventually failed attempt to conceive baby number two, Joel and Julia embark upon a long and complicated journey to bring Victor, their adopted son, into their family. While other shows may have wrapped up Victor's arrival with a warm and fuzzy happily ever after, Parenthood took the brave approach of admitting that the process isn't an easy one. Julia struggled to bond with her new son, Victor had a tough time in school, and the addition of the new family member contributed to a tumultuous time in the adoptive parents' marriage. This is what real life looks like, and we applaud the show for embracing it.

2. The Show Depicted Marriage As a (Never-Ending) Work in Progress

Parenthood's view of the 40+ year marriage of Zeek and Camille, the patriarch and matriarch of the Braverman clan, isn't always idyllic, but it's real. Even after decades of raising a family together, the fictional couple still struggles with very authentic issues like fidelity, gender roles, and life after kids are grown up and gone. Now that Zeek's health is failing (it's safe to say every fan out there is fearing the worst in tonight's episode), their partnership faces the ultimate test.

3. They Were Truthful About What It's Like to Become a Parent — It's As Terrifying As It Is Incredible

In last week's episode, Amber became a mother with the arrival of her grandfather's namesake, Zeek. After a broken engagement, the young and single Amber was overwhelmed to discover that she was pregnant with her former fiance's baby. With the support of her family, she decided that she was going to welcome this child on her own, without any knight in shining armor or reformed ex stepping in to save the day.

Last season, Crosby and Jasmine welcomed baby Aida and become a family of four. Any new parent appreciated the level of candor with which the show's writers introduced the newborn to the script. She was healthy, happy, and positively exhausting. Jasmine struggles with breastfeeding, Crosby doesn't know how to help, big brother Jabbar is jealous. Is there anyone reading this who can't relate!?

It's refreshing to watch a fictional family approach the arrival of a new baby as the scary, wonderful, complex experience that it truly is.

4. They Admitted That a Parent's Identity Can Be Tied to Their Career

In season 4, Julia and Joel switched roles and Julia became a stay-at-home mom for the first time, quickly learning that life isn't all running carpool and swapping recipes with pals in the pickup line. The former lawyer discovered how much of her identity was tied to her legal career, and she had a tough time sacrificing her personal achievements to be at home with her kids. Julia envied her husband's newfound professional success and found herself feeling very much alone in her own home.

5. The Truth Is, Special-Needs Kids Are Hard Work — For Everyone

Kristina and Max's autistic son, Max, was one of the first things about Parenthood that drew attention from viewers and the media alike. We appreciate the many facets of life with a special-needs child that the show addresses — from a sibling who feels slighted by the amount of time and attention that he takes up to an autistic child's sense of self-awareness. Max's character has many dimensions, and his interactions with friends and family are written into the storyline in a way that's as complex as they would be in real life.

6. The Bravermans Always Remembered To Savor Their Time Together

As we look back at six seasons with the Bravermans, the overall takeaway is that life is full of highs and lows, but at the end of the day, family is what remains. They may have had a few more intergenerational dance parties and 20-person barbecues than most of us do, but they were always there for one another. For the hour that we spent with them every week, it was easy to forget that the Bravermans are a cast of actors and not the dynamic, complicated, and strong family that they portrayed. If watching the show inspired you to pick up the phone and call your mom just one extra time, or hug your brother when you would have normally would have just waved goodbye, Parenthood did its job and then some. Zeek, Camille, and co., we won't soon forget you!

ParenthoodParentingKid TV And Movies
Around The Web

Family Life
After Growing Up the Oldest of 12 Kids, This Mom Made an Adulting Basics YouTube Channel
by Chanel Vargas 5 hours ago