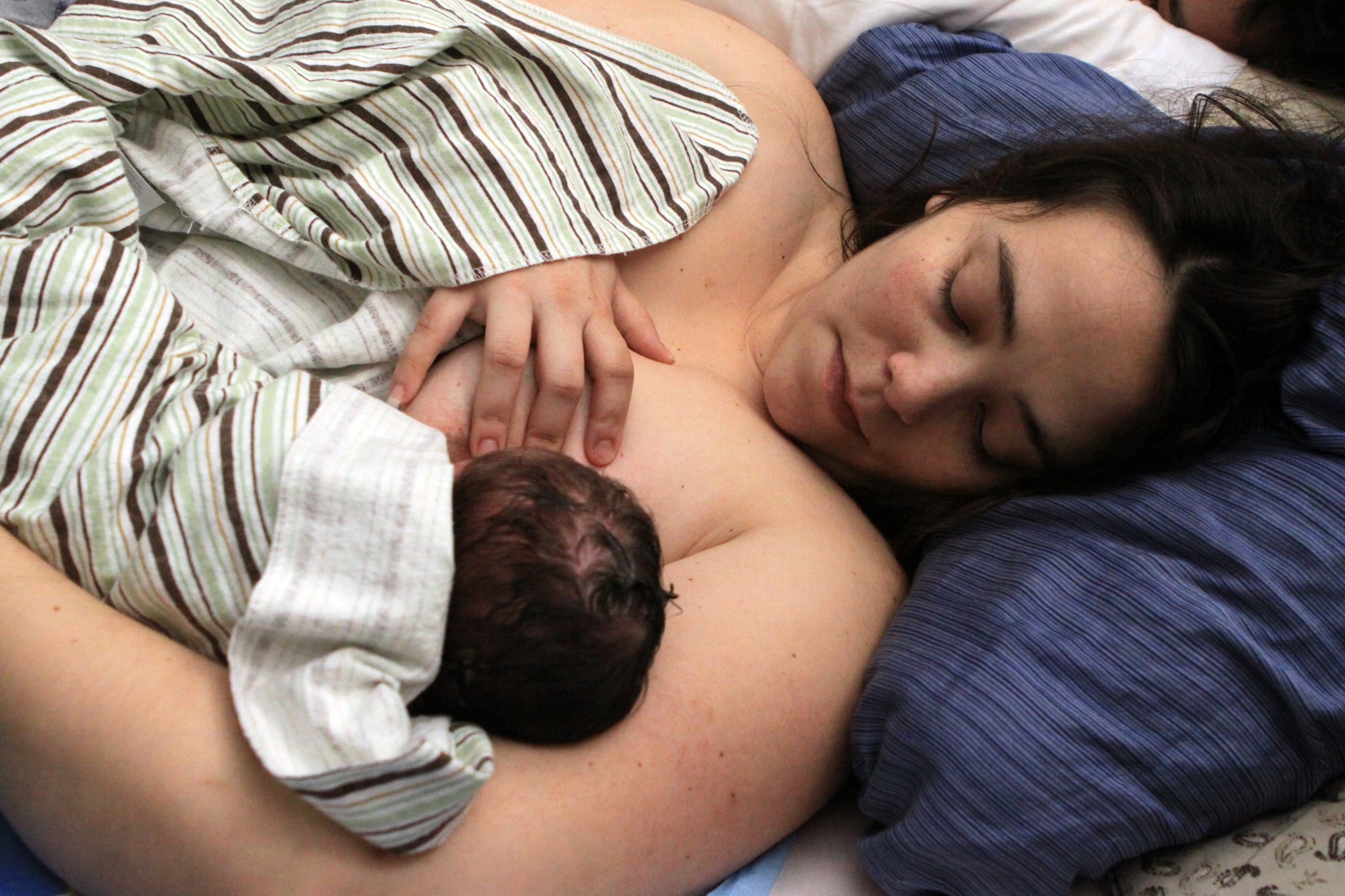 Once upon a time, years before I ever stepped foot in a newsroom, I went to visit my best friend's sister-in-law in the hospital after she gave birth. While her daughter was absolutely beautiful, something else caught my eye as I entered the room: a few pairs of what appeared to be jumbo diapers.

Confused, I asked my friend's mom "WHAT ARE THESE?!" a little too loudly like a 5-year-old child. And after muttering something about how hospitals provide diapers for the baby, she quickly shoved all of the new mom's mesh panties into a drawer.

Despite clearly being a clueless asshat when it came to all things childbirth-related during my college days, a heck of a lot has changed in the last six years. In fact, it's fair to say that as a 26-year-old parenting editor who isn't a mom just yet, I know way too much about the childbirth process to not be absolutely terrified. Seriously, I've written more about placentas, having your vagina cut, and the pain that comes with breastfeeding than any non-mom should know, and I have questions. Here are the things I wish no one f*cking told me.

Some people are in labor for what seems like forever.

Just the other day while scrolling through Facebook, I saw that a girl who I went to high school with was in labor for 30 hours. Yes THIRTY, 3-0. That's more than a full day of straight-up pain and suffering. I also recently found out the hospital can actually send you home if you're not quite dilated enough yet, which is just an absurd concept, especially if you're a first-time mom. Seriously, how do you know how far along you are in the labor process without a medical degree?! Doesn't it all just hurt? If this happens to me, I'm bringing a tent and setting up shop in the parking lot, and I am NOT paying for parking.

An episiotomy — aka a surgical cut doctors make to help the baby pass through during birth — seems like something out of a torture scene in Game of Thrones. Although I get the reason why this is necessary, I legitimately find this process downright nasty and rude. If this is done to my body, I will get up and leave whether I have an epidural or not. Hard pass.

You don't just have to worry about your vagina during birth.

Although focusing on your lower half during the labor process is natural, a lot more crummy things can take place. For example, my one colleague had terrible shakes during childbirth and another editor had to deliver her child on an empty stomach. Because, guess what? Once you're admitted you can't eat just in case they need to do a C-section. As someone who spends most of her life in a state of "hangry," I'm swinging by McDonald's on the way to the hospital, and there's no one who can stop me.

There are products to help you wash "up there" after having the baby.

Obviously, after pushing a human being out of your vagina, cleaning the area becomes a little tricky, which I never really considered until I got this job. Fridababy makes a special Momwasher ($16) an alien-looking contraption that lets you squirt water, you know, up there. When I first saw one I thought it was a water bottle football and hockey players used to drink water while keeping their helmets on. I was very, very wrong.

You can hang onto your baby's placenta if you're so inclined.

Yep, believe it or not some women choose to have a lotus birth, aka when you leave the placenta attached to your baby for multiple days after the birth on purpose. While most people have heard about drinking placenta smoothies (not my cup of tea, er, body part), some new moms sprinkle their placenta with salt and herbs put it in a special bag and tote it around with their newborn until it falls off. Although some people swear by this process, there aren't any proven medical benefits for the baby. Personally, I will pass on carrying a dead organ to and fro, but to each their own.

Breastfeeding can be really f*cking painful.

Although some women have an easy time getting that latch down, for others it's one of the most painful things to go through. Your nipples literally chafe, crack, and bleed — sometimes all at the same time! — and, man, have I seen some photos. And don't even get me started on pumping. Frankly, a machine that sucks liquid out of your boobs multiple times a day doesn't seem like my idea of fun whatsoever, but, hey, breast milk is amazing for your baby. A mom's gotta do what a mom's gotta do! Something else that was news to me? Boobs don't work like faucets. You can't just turn them on and off, which complicates things I imagine.

Everyone you've ever met will invite themselves over immediately.

Once you welcome a baby into the world, it seems like everyone you've ever met will be looking for an invite to see the new peanut. While it's sweet that people want to meet your little one, they often want to do so the day after at your house, which hasn't been cleaned because you're taking care of a baby. What's worse? Some people come over without food. PSA to everyone in my life: if you try to come over two days after I give birth without mac and cheese, it's gonna be a no-go. People who push humans out of their body deserve chicken parm and LOADS of it.

Look, bringing a child into the world is a beautiful thing, no matter what. However, when a non-mom asks you what the worst part of giving birth was, do them a favor and keep mum. 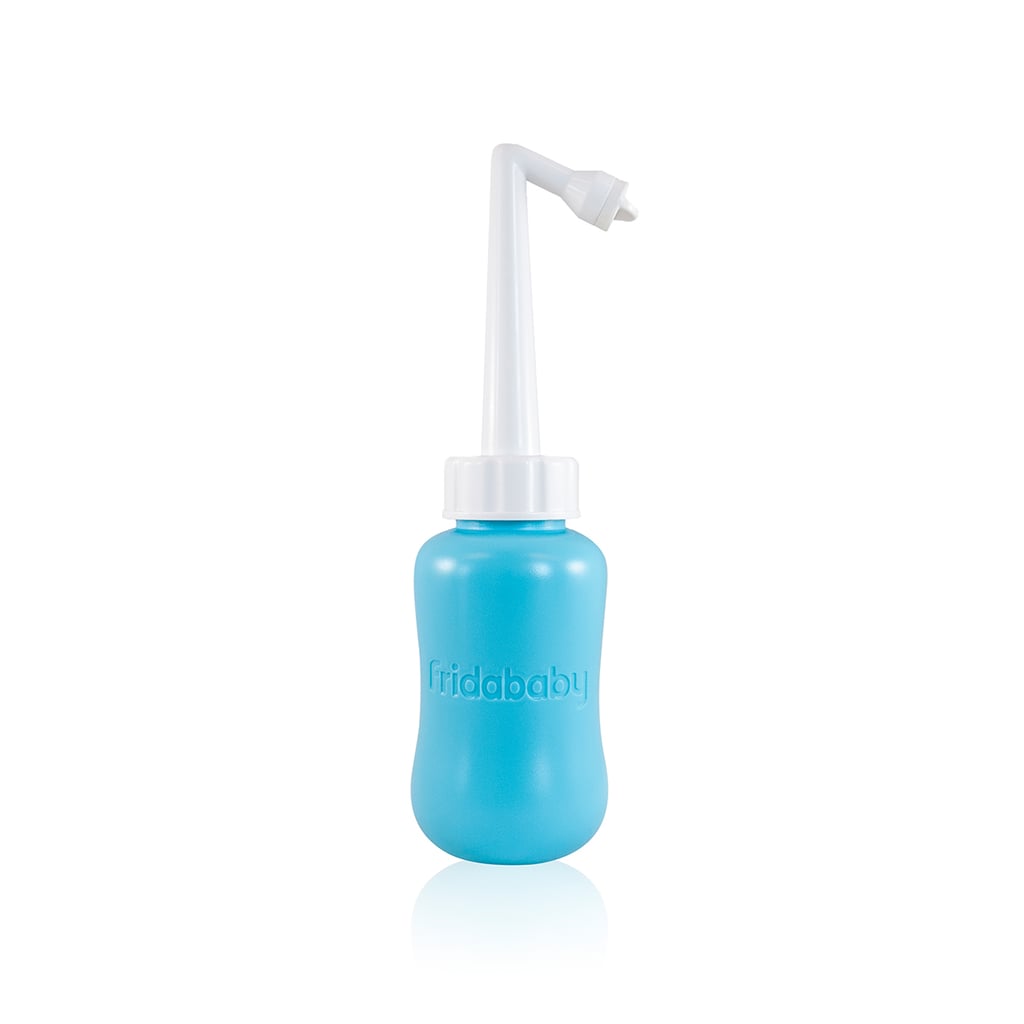 Acne
I Have Clear Skin, but Only Because I Take This Oral Medication
by Jessica Harrington 6 days ago