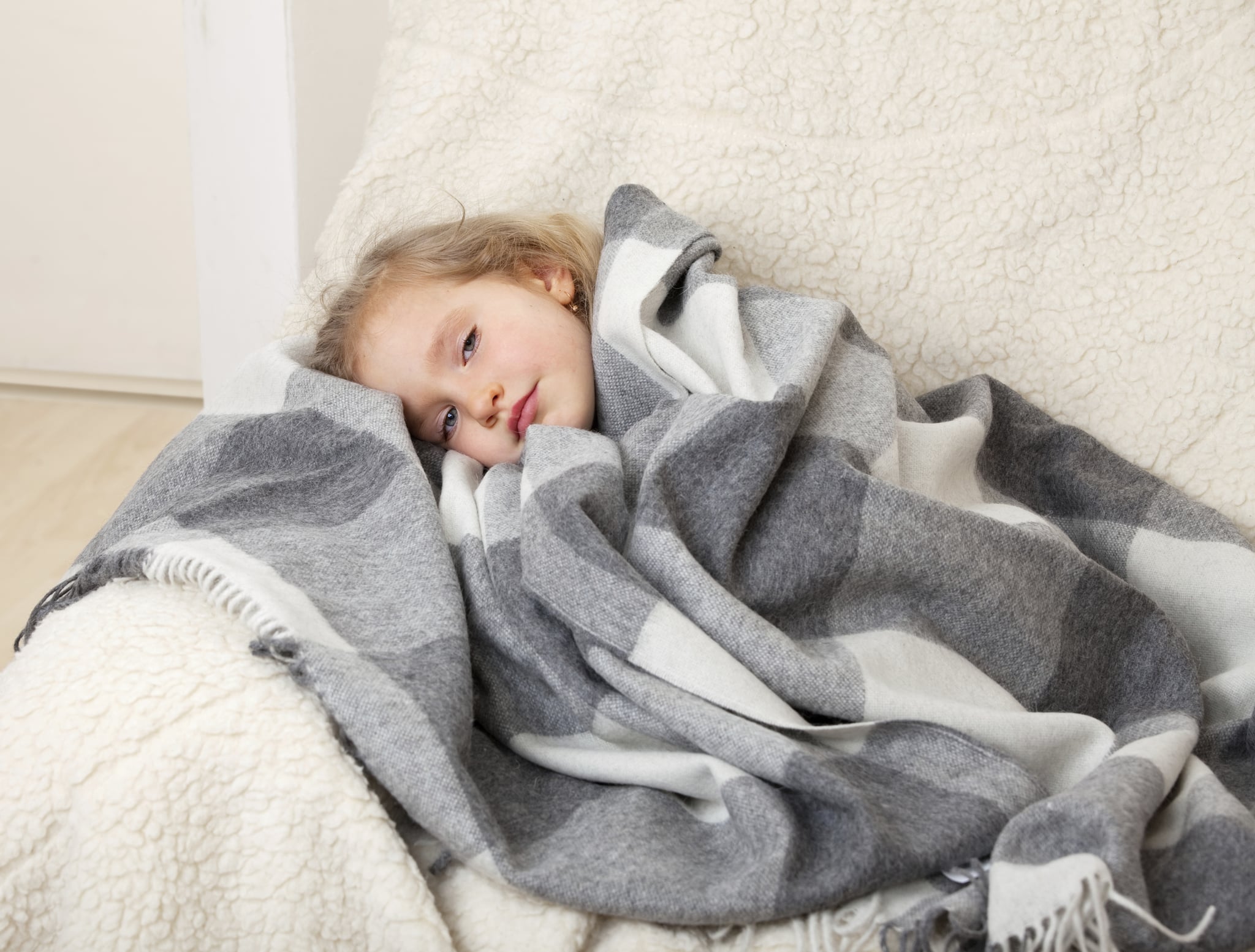 When your child's in preschool — and still building an immune system — it might seem like he's susceptible to an endless stream of colds. Germs are just a part of preschool and day care that all moms have to deal with, readers say. But how sick should your child be before you decide to keep him home from school?

That's the question moms Bethany G. and Esther D. are wrestling with. "I really struggle with when to keep my kids home from school activities when they 'may be' sick. How do you decide?" Bethany wonders. Esther's questions are more pointed. She wonders what other parents do when little ones have mild symptoms, like a runny nose, and whether it's OK to send them to school even though they can spread germs.

Many members say symptoms like fever, vomiting, or diarrhea make the decision to keep your child home from preschool clear-cut, and the United States Centers For Disease Control and Prevention (CDC) backs them up, advising parents to keep kids with flu-like symptoms home for "at least 24 hours after they no longer have a fever, or signs of a fever, without the use of fever-reducing medicines," and "even if they are using antiviral medicines."

But when symptoms are less prominent, parents are left to their own guidance. So when should a mildly sick child go to school, and when should he be kept at home? See some of the most common viewpoints below.

1. "It's Wrong to Send a Mildly Sick Kid to School"

Many moms who believe that sick kids should not be at school at all resent the parents who have sent them. For instance, Jodi Z., who used to run an in-home day care, she says she has seen many seemingly innocent runny noses quickly turn into something more serious like strep throat, croup, whooping cough, or the flu. "Sometimes, a clear runny nose is just the first sign of something big, even without other symptoms," she says. "Why put other children at risk and risk your child getting worse? . . . [It's] frustrating to take my daughter somewhere, in good health, and see children with snotty noses and coughing (not covering their mouths). If I want to purposefully expose my child to an illness, I'll do it in the controlled setting in my doctor's office," she adds.

A mom named Gemma agrees, saying that keeping her son home when he is sick is the right thing to do by other families. "But unfortunately, there are some parents who don't do the same. It makes me angry," she adds. When parents send their children to school with colds, it seems like they don't have any consideration for the other kids and their families who could catch the colds, Gemma explains. Her family has had bronchitis, gastrointestinal sickness, and conjunctivitis, thanks to her son, who picked up the germs and brought them home from day care.

"It's infuriating when parents send their children to school sick and they know full well. Poor little children just want to be home getting some TLC anyways," says a reader named Charlie, who is a teacher. She recalls when a parent sent her nonimmunized child, who had contracted rubella, to school while she was pregnant. "My unborn baby could have been blinded, severely brain damaged or dead!"

While moms like Jodi resent the frequency with which their children catch colds from their preschool classmates, other parents, including a member named Mylene, say they understand that not every parent can make the choice to stay home each time the kids have a runny nose. Moreover, she believes children should be exposed to some germs to build their immune systems.

"It's quite impossible to shelter our children from all illnesses," she says. "If we had to keep children quarantine for every little illness they ever get, neither of us would have a job and we would be living on the street. Not everyone has family around to take care of the children."

In recognition of this reality, Mylene tries to be careful about the decision to send a mildly sick child to school: "Whenever I have any doubt that it's not just a cold, he stays home," she says.

Jessica B. actually welcomes children with minor colds at her son's preschool. "I would like my son's immune system to be very [developed to protect] against these illnesses when he is older," she explains.

Not Every Sniffle Is Contagious

Other moms point out that not every sniffle or runny nose is a sign of a cold. For instance, Becky F. says her entire family gets stuffy noses all Winter because of the dry weather. "A runny nose and a bit of a cough, fine. Some kids have those all Winter, but really aren't sick. The poor parents would get fired if they had to stay home for that," she says.

Mom Nicky has similar sentiments, explaining that her daughter has really bad allergies and asthma. "If she stayed home every time she had sniffles or a cough, she would never go to school."

Holly's daughter has asthma and severe seasonal allergies, so she follows a regimen that causes her to have a productive cough during the day. "I get so many dirty looks from other parents, but I always send an email to the teacher, and I keep her home if she has a fever, if she has an [abnormally] runny nose, or if the coughing is disturbing her sleep (because that signals the cough is being caused by something more than allergies)," she explains.

As a result, Holly understands to a point when parents bring their kids to preschool with a cough or something mild, but thinks that when a child is obviously sick, they should be kept at home.

3. "Each School Needs to Find a Happy Medium"

Ultimately, moms on both sides of the debate agree that the severity of your preschooler's sickness is the most important decision factor and that all parents should keep kids with symptoms like fever, vomiting, and rough breathing at home.

"[A] runny or stuffy nose, or mild cough [are sometimes] the effects of a cold that can last for weeks; I don't think it's necessary to keep them home," says one member. "However, I do think that it's essential that if you're going to send them to school, that you teach them to wash their hands, cover their mouths, use Kleenex and not their clothing, avoid direct contact with another child if you just sneezed or coughed until you can go wash your hands, etc.," she says.

In reality, most moms do want to stay home and take care of a child who is really ill. A mom named Anika, who is also a day care worker, points out that moms generally recognize that preschools and day cares are busy, noisy places and that if their children are sick, they'll likely get better faster by staying at home.

When parents are having a tough time making the judgment call as to whether to keep a sick child home from school, then Krista E. suggests referring to the preschool provider's sick policy. "My daycare provider and the other moms all have a tacit agreement that a common cold is fine. I don't get upset if some other kid is at the daycare with a runny nose — it happens. And I know that a lot of the other mothers there don't get any sick days, so I'm not going to demand that some poor woman put her job in jeopardy. Now if it's something more serious, we keep them home, also by tacit agreement," she says.

In other words, Krista believes that preschools should talk to parents and set a policy with regard to sick kids that is as agreeable to as many of the parents as possible. "If one or two parents don't like the policy, they will either have to deal with it, or look elsewhere."

Image Source: Thinkstock
Little KidsToddlersHealth And SafetyPreschooler
Around The Web

Little Kids
Toddler Seems to Think "Popsicle" Is Pronounced "F*ck a Bus," and We Truly Can't Stop Laughing
by Kelsey Garcia 13 hours ago

Family Life
When a Zoom Call Wouldn't Cut It, This Caravan of Cars Gave a Boy the Sweetest "Birthday Parade"
by Kate Schweitzer 19 hours ago