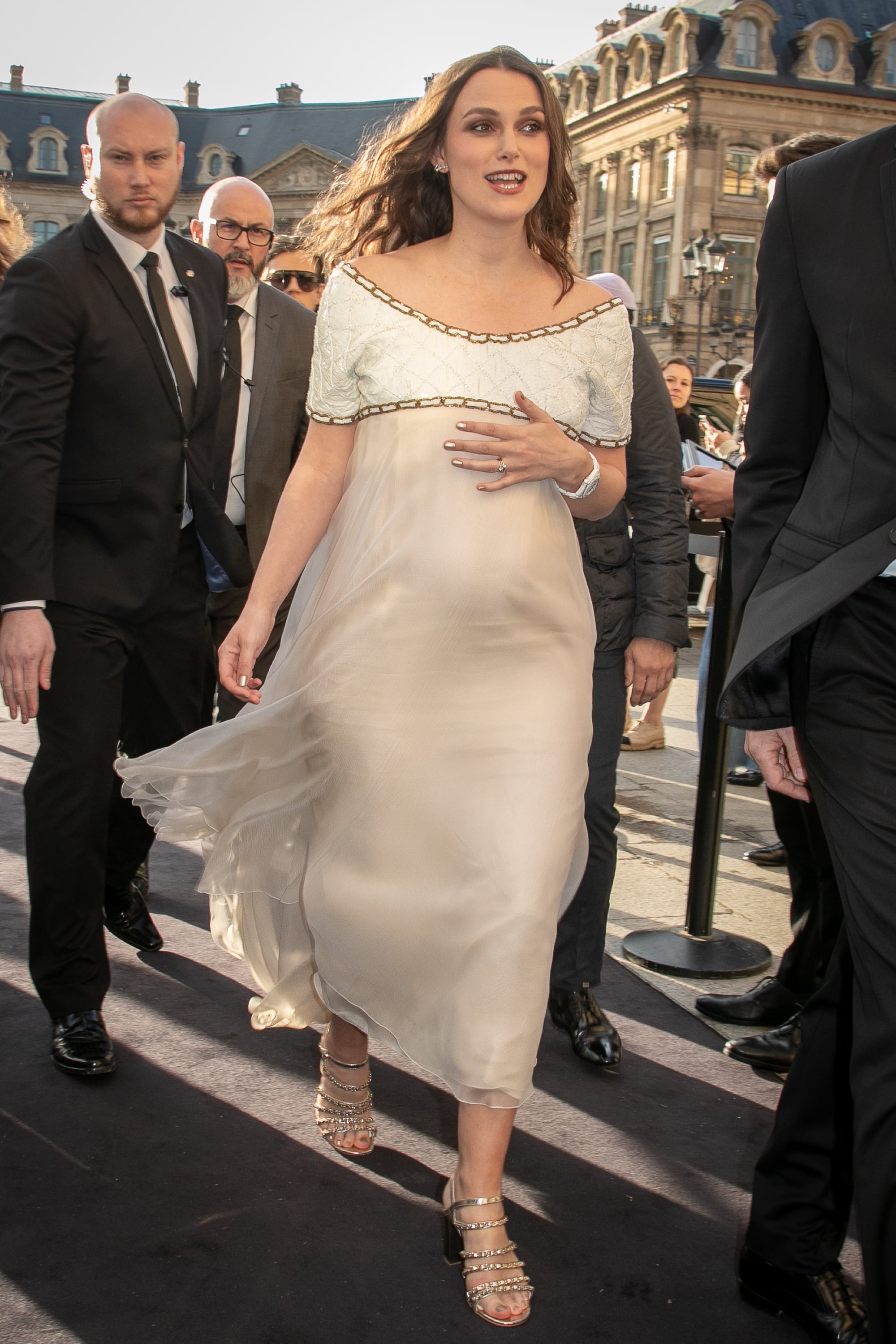 It's official: 34-year-old Keira Knightley is going to be a mom of two! The actress debuted her baby bump for the first time at the Chanel J12 cocktail party in Paris on Thursday evening with James Righton — her husband of six years — right by her side. The couple are already parents to Edie, their daughter who turns 4 this month. Although we can't be sure about a hard-and-fast due date just yet — Keira's camp has yet to confirm the news! — we have a hunch we know when she's due.

In general, most pregnancy announcements tend to be made around the three-month mark. While nothing is set in stone, we believe that we can expect Keira's newest addition sometime in Fall 2019, maybe between late October and early November. Congrats to the soon-to-be family of four!