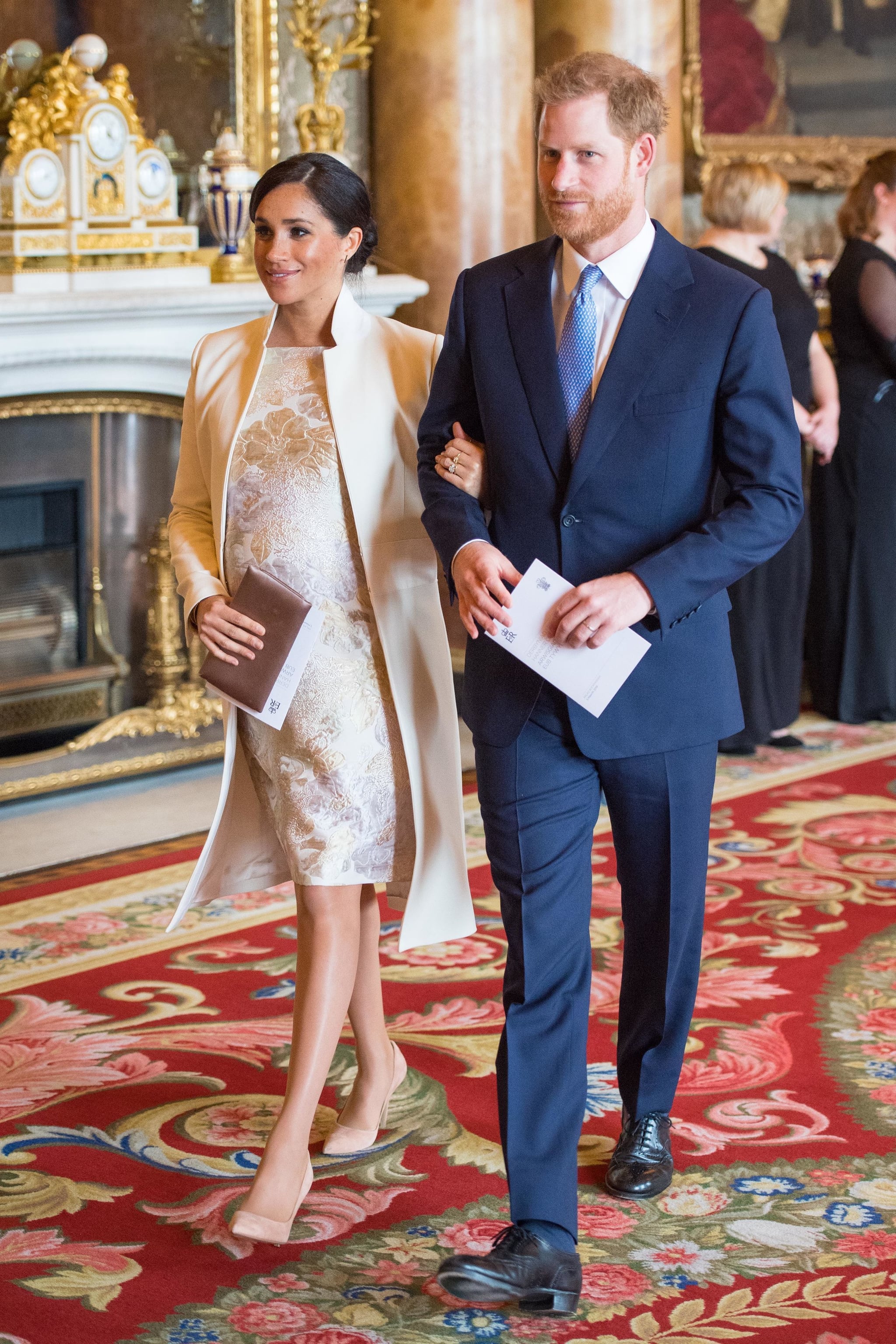 Despite the fact that Meghan Markle and Prince Harry have seemingly barely sat down during the last few months – hello, NYC baby shower and 16-day royal tour! — the Duchess of Sussex has officially taken a step back from the limelight to prepare for her April due date.

According to People, although Meghan has no public appearances scheduled on the royal calendar, she's still attending a few small meetings. "There are plenty of private meetings taking place," said a source. "If she is to do something public it would be announced, but there are none that are scheduled." As a matter of fact, Meghan met with two representatives from the National Theatre — one of her patronages — at Kensington Palace on March 13.

Though Meghan is still taking a handful of private meetings, she will likely take a few months of maternity leave once the child is born. In the United Kingdom, women can take up to 52 weeks of maternity leave and are actually required to take two full weeks after they give birth — or four weeks if they work in a factory. Prince Harry is also allegedly taking two weeks of paternity leave to help with the new baby, so she certainly won't be going at motherhood alone. We seriously can't wait to see the couples' new bundle of joy!