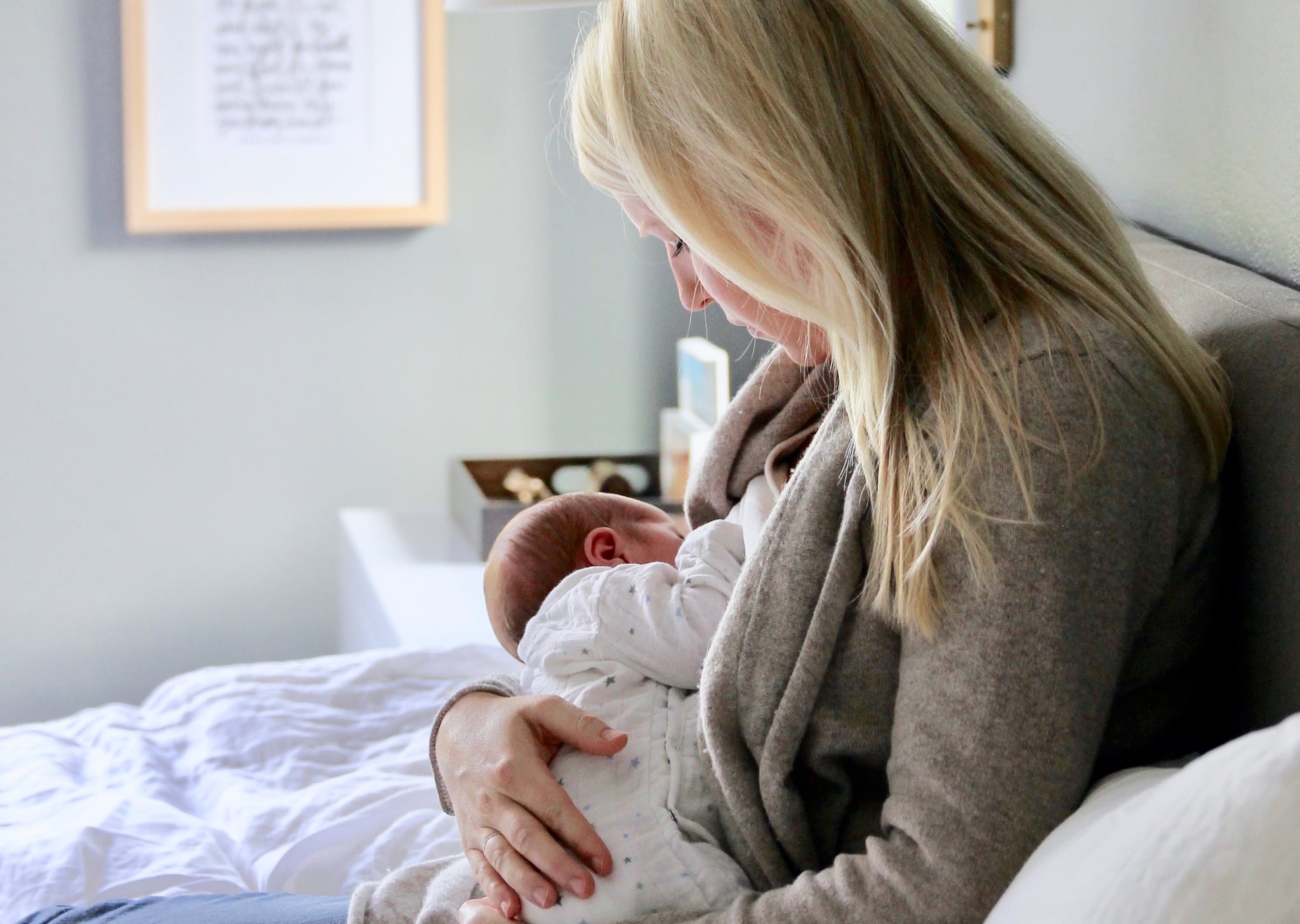 The beginning of your breastfeeding journey can be a hard one (hello, cracked nipples and engorgement!), but it turns out the end can be just as confusing. When do you wean? How do you wean? And why do you wean? The latter is perhaps the most difficult unknown, with an answer that will look different for everyone.

Nursing came fairly easily for me with my first. Of course, those first six weeks were painful (if it weren't for nipple shields, this story might have a different ending), but shortly after that, feedings became less agonizing and less time consuming and it didn't feel like such a daily burden to nourish my child. I actually enjoyed the bonding time and the convenience factor of breastfeeding.

A few months after we were no longer going from feeding to feeding with mere minutes in between, I went back to work. I quickly realized I wasn't able to pump as much as my son consumed while I was gone during the day, so once my freezer stash was depleted, we started supplementing with formula to make up the difference, a decision I felt terrible about but knew was necessary.

By six months, I was only pumping once at work and nursing when I was home. At that point, he was drinking breastmilk half the time and formula the other half, which worked for us (after I got over the initial guilt that I couldn't provide everything he needed).

Then, at around seven months, I had a work trip planned. It was going to be a busy schedule and I couldn't wrap my head around when I would pump. So without giving it much thought, I stopped. My pumping efforts were yielding fewer and fewer ounces and he had no problems with formula, so it seemed like a good time to call it quits.

I had some surprising feelings of sadness and regret in the weeks immediately following, but once that passed, I felt like a new person. I was free! I could wear what I wanted. I could leave for hours and not worry about overfull breasts or rushing home for the next feeding. I didn't have to lug a pump to and from work and clean pump parts every night and make room in my freezer for storage bags. I didn't have to think about the never-ending logistics of being tethered to the feeding of my child.

It felt like freedom even though I never felt all that trapped by nursing.

Do You Need a Reason?

I went back to work five months after my second son was born and, thanks to a more flexible schedule, was able to keep up with his needs by pumping when I was in the office and nursing when I was working from home. I even managed to pump enough to feed him only breastmilk through multiple long weekends away.

It felt like freedom even though I never felt all that trapped by nursing.

About seven months in, I remember starting to think about how much longer I'd go if I didn't have any logistical reason to stop. I felt ready to have my body to myself, but didn't feel ready to be done.

I breastfed him for two more months and then started cutting back and adding in formula for no other reason than that I felt like it was time. To curb my subconscious guilt, I spent hours researching formula ingredients and ended up having an expensive European formula brand shipped to my house.

Related:
5 Easy Tips to Help You Wean Your Baby Off Breastfeeding

By the end of his 10th month, I was barely producing enough for the one night feeding I was still hanging onto, so I gave up breastfeeding my second son for good. And because I weaned much more slowly than I did with my first, I didn't feel any of that same sadness or regret. I did, however, totally blame myself when he got a nasty ear infection just weeks after I'd stopped nursing (apparently those anitbodies in breastmilk really work).

Even with initial latch issues and two bouts of mastitis, it's been an easy journey with my third. For seven months, she drank only breastmilk, but shortly before her eighth, a five-day trip away from her forced me to supplement with formula since I didn't have enough pumped milk saved (blame it on my third-time mom laziness or, you know, lack of actual time to spend pumping). But that same third-time mom status also gave me a little more wisdom and clarity, and I didn't stress at all about feeding her formula like I did with the first two.

When I returned (with a giant cooler of pumped milk, of course), we put the formula in the pantry and went back to nursing. It felt so freeing to be flexible with her feeding and not have the pressure to only give her breastmilk — pressure that I'd always unnecessarily put on myself for a reason that even I can't pinpoint.

Now that she's almost eight months old, I have no plans to stop but am starting to think about when I will.

Related:
Khloé Kardashian Opens Up About Her Decision to Stop Breastfeeding: "I Tried So Very Hard"

My only reasons to give it up this time are selfish. After three rounds, I'm so done with nursing bras and breast pads. I'm over wearing feeding-friendly clothes and tired of constantly monitoring the fullness of my breasts. I'm ready to leave my daughter for more than a few hours without being tied to a pump.

But I'm also very much aware of how lucky I am to even be able to breastfeed, to have enough milk supply, to have a schedule that allows me to nurse as needed, and to have the choice to stop. It almost seems wasteful to give up when it's going so well.

To make things more complicated, she's my last baby. When I'm done nursing this time, I'm done forever (which either makes me want to sob uncontrollably or burn my nursing bras in celebration). Knowing I'll never "have" to do it again makes getting to 10 months, or even a year, seem more than doable.

But what's my goal? Is one entire year of breastfeeding what I'm even aiming for? Of course, in the back of my head, I know the American Academy of Pediatrics recommends mothers breastfeed for a year or more, and while I respect and understand that suggestion, I've never felt all that compelled by it, especially since I have proof (in the form of my own healthy kids and plenty of other family and friends who were never breastfed) that my baby will be just fine if she's given formula for a few months.

Related:
Dear Baby, Breastfeeding You Was Not What I Thought, and I'm Done

This time, I don't know when my breastfeeding journey will end, but I do know that each journey is different. What feels like the right time to stop might be different from one child to the next. You definitely don't need a "reason" to stop. When you're ready, you'll know.

by Lindsay Kimble 42 minutes ago