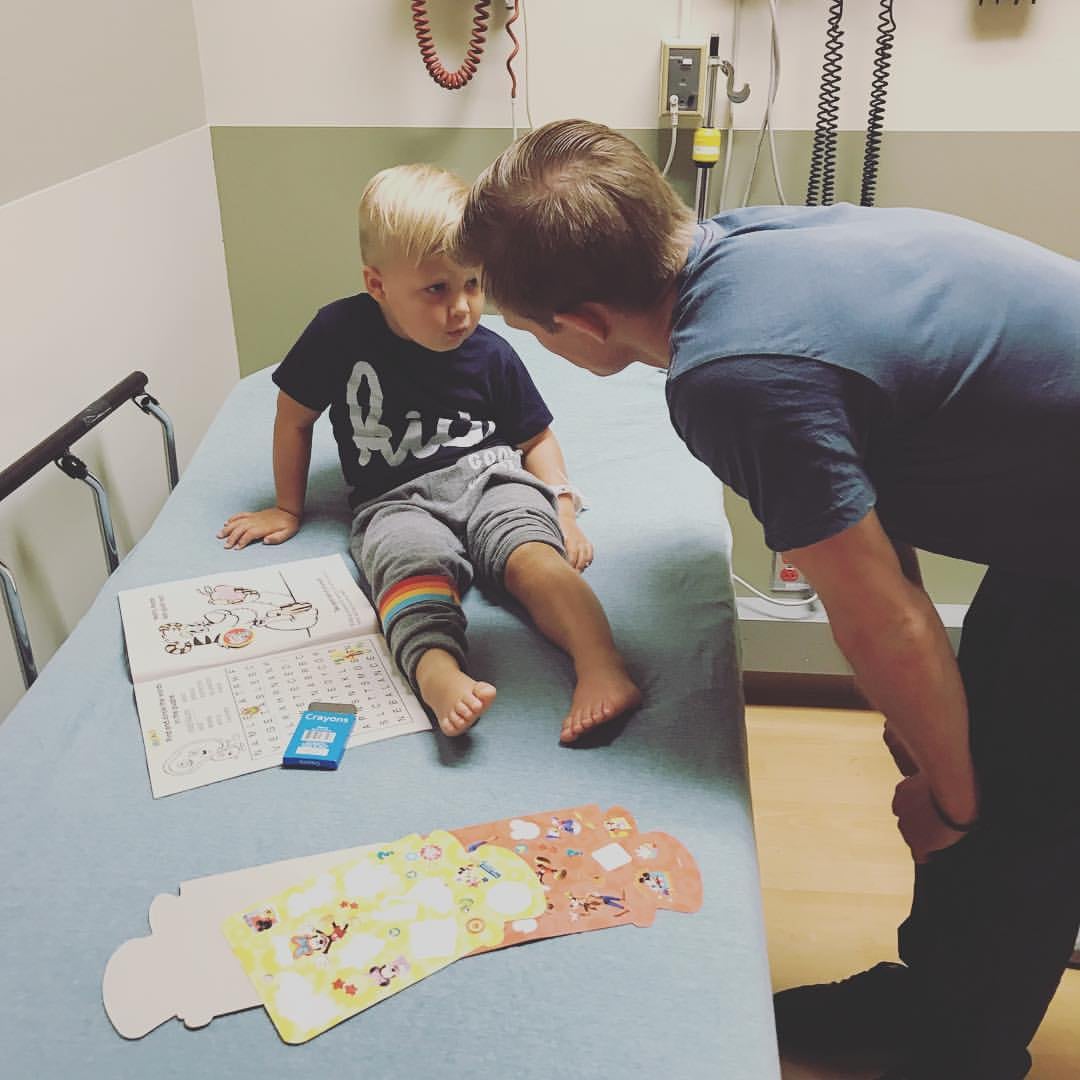 I see it all the time at the neighborhood playground — moms, dads, and grandparents cautiously positioning themselves at the top of a kiddie slide with their toddler in their laps before pushing off and sliding the short distance back to the ground.

I myself have gone down the slide with my kid countless times. When she was barely walking, I considered it a necessary safety measure so she didn't hurt herself on the way down. Now, I occasionally still slide with her just for the fun of it.

Never did I think I was putting my child in danger, and neither did Kristi Broughton, who — after a seemingly innocent day at a local San Francisco park — ended up in the emergency room, watching doctors treat her nearly-3-year-old son Gage's leg.

If Your Child Is Sitting Like This, Here's Why You Need to Stop Them Now

"I'm surprised more parents don't know this or maybe they do and I just learned, but don't slide with your toddler," she wrote in a Facebook post alongside a photo of her son at the hospital. "Gage now has a broken leg due to this very classic mistake all parents, including myself, do."

As Broughton and I both learned, such injuries are shockingly common. According to The New York Times, orthopedic specialists say they treat a number of toddlers and young children each year with broken legs as a result of riding down the slide on a parent's lap. A study at New York's Winthrop University Hospital found that nearly 14 percent of pediatric leg fractures over an 11-month period involved toddlers riding down the slide with an adult.

It turns out, her son — who was just fitted for a cast he'll wear for the next four weeks — would have actually been safer by himself.

"The weight of me behind him was exactly what made it worse."

"I had him in between my legs sitting in front of me," Broughton told POPSUGAR. "At the very end of the metal slide, the rubber sole of his shoe got caught and stopped but his body kept going, so he twisted his foot underneath him. The weight of me behind him was exactly what made it worse. Instead of him being able to correct his foot, my weight kept it going."

Her doctor confirmed it's a typical way kids at this age suffer leg fractures, and yet most parents are completely unaware that they could be the cause. One trip to my go-to playground all but confirms it.

"I want all parents to know about this because it's something we all do in the thought to keep our children safe," Broughton said. "Little did I know it was much more of a harm to my child."