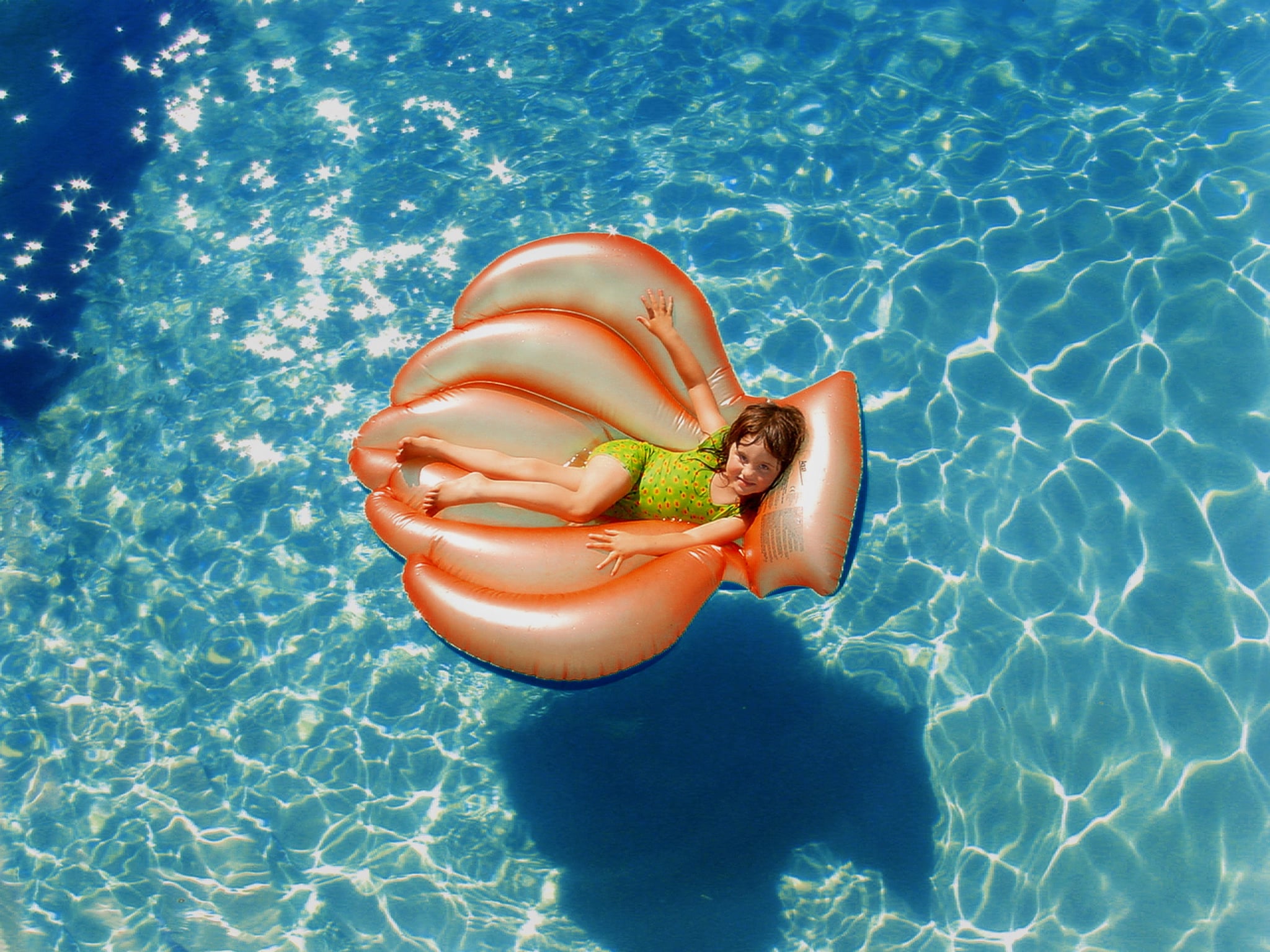 For the past few years, I'll admit that Summer has scared me. Once my oldest kid started preschool, the prospect of having her home with her then-infant brother all day was daunting. A toddler and a baby do not make good companions for impromptu pool days, trips to the beach, or really any activity that takes place outside of the house, which is where we stayed many days, watching my favorite season pass us by through our sliding glass door.

I'd occasionally motivate myself to plan a backyard picnic or trip to the park, but really I was just counting down the days to back-to-school and the structure it imposed, which I was relying on heavily to keep my sanity. Summer was stressful, not only because of the realities of being home with two little kids with nothing to do, but because I wanted more from the season for all of us. I had Summer FOMO, mom style.

Related:
15 Summer Activities For Kids That Will Make Them Forget All About the TV

I had been so busy doing camp drop-off and pick-up that I had forgotten to participate in Summer's best quality: it's unstructured, carefree, spontaneous days.

Once my daughter turned five, which was old enough for all-day Summer and sports camps that could replicate the structure of her school days, I was the first in line for registration. I figured it was a win-win situation. She would be able to participate in all the Summer fun that I was avoiding because her brother was sure to have a meltdown or diaper blowout in the middle of whatever "enjoyable" activity we'd planned, and I'd have one less child to worry about during the day.

Last Summer, my then-6-year-old spent four weeks at Summer day camps and another week at "grandma" camp. Our family spent another three weeks on two separate vacations to the beach. I think we had a total of about 10 days at home with nothing on her schedule, and truthfully, I was proud of that fact. I had scheduled the sh*t out of Summer.

But then, before I knew it, the season had flown by. I had been so busy doing camp drop-off and pick-up and packing for and unpacking from trips that I had forgotten to participate in Summer's best quality: it's unstructured, carefree, spontaneous days, which I remember so fondly from my own childhood. Back then, I was obsessed with Summer camp, but I was equally happy spending days on end at our local pool, playing games, and eating Nutty Bars with friends until my mom told me it was time to go home, where I'd lie in our backyard hammock to nap and read until the sun went down, knowing I had nothing to wake up for the following day. It was heaven.

Related:
This GIANT Unicorn Pool Float Can Fit the Whole Family — Plus 1 or 2 More!

That's why this Summer I'm committed to not over-scheduling my kids or myself. Now that they're four and seven and have become much more fun and independent, I want us all to get back to the season's laid-back roots. I'm not going totally unplanned — my daughter will still go to camp, and we have a couple of beach trips on the calendar — but I've left us with more than a month of totally empty days, which I expect we'll fill with free-range play, long pool days, backyard BBQs, and pushed-back bedtimes.

I'm not trying to conquer Summer anymore. I just want to roll with it.