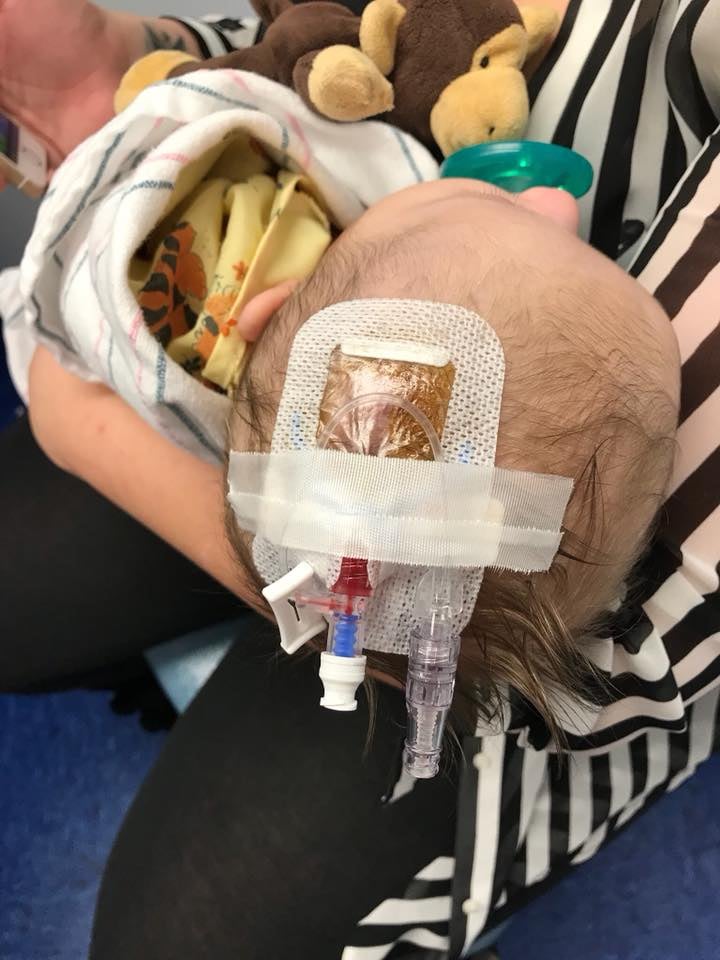 Alecia Rankin has a pretty important message for parents who are still refusing to get their children vaccinated: just do it. After her 7-week-old niece was rushed to the hospital with a life-threatening case of Hib — or Haemophilus influenzae — Alecia decided to speak out by posting a very important PSA to Facebook saying why every parent should vaccinate, even if it's "their choice":

Reason #1736493983283763 to vaccinate your kids? My 7-week-old niece has [the] Hib flu. [It's] so rare that her doctor hasn't seen it in her career because this bacteria caused by the Hib flu was all but eradicated by vaccines. Babies get [the vaccine] at 2 months old, which she hasn't [turned] yet. So before you decide not to vaccinate your children because "it's your choice" and "those who are vaccinated won't be affected" remember that babies can get sick before they have the chance to get their vaccine.

If that doesn't convince you to vaccinate, the terrifying ordeal the family went through certainly will. Alecia told POPSUGAR just how quickly things escalated for her niece. "My sister took her to the doctor because she was spitting up a lot, had diarrhea, and a fever," she explained. "After a full [blood] workup, the doctors told her it was viral and sent her home. She continued to get worse and began vomiting. The fever wouldn't stay down, so they took her back."

Unfortunately, that was only the tip of the iceberg for her niece. "We were told it was life-threatening if not treated," Alecia said. "She ended up with an IV in her [hand] and in her head, which both came out. Due to dehydration, they had to stick her with a needle eight times to try to [find] a vein in her arm. And eventually, she had to have a PICC line (an intravenous catheter used in long-term cases) put in because the IV in her head and hand stopped working. The spinal tap had to be done without anesthesia. No baby or child should have to deal with all of that."

Damn straight, no child should ever have to deal with that. When all was said and done, her baby niece had to spend 10 whole days in the hospital for something that could've been avoided entirely if every parent vaccinated their kids.

Thankfully, Alecia's niece is finally recovering at home, but that doesn't mean her opinion on vaccines has wavered. "I hope [kids who aren't vaccinated] don't catch one of these horrible diseases one day. The number of prayers and well wishes have been overwhelming and great to see."