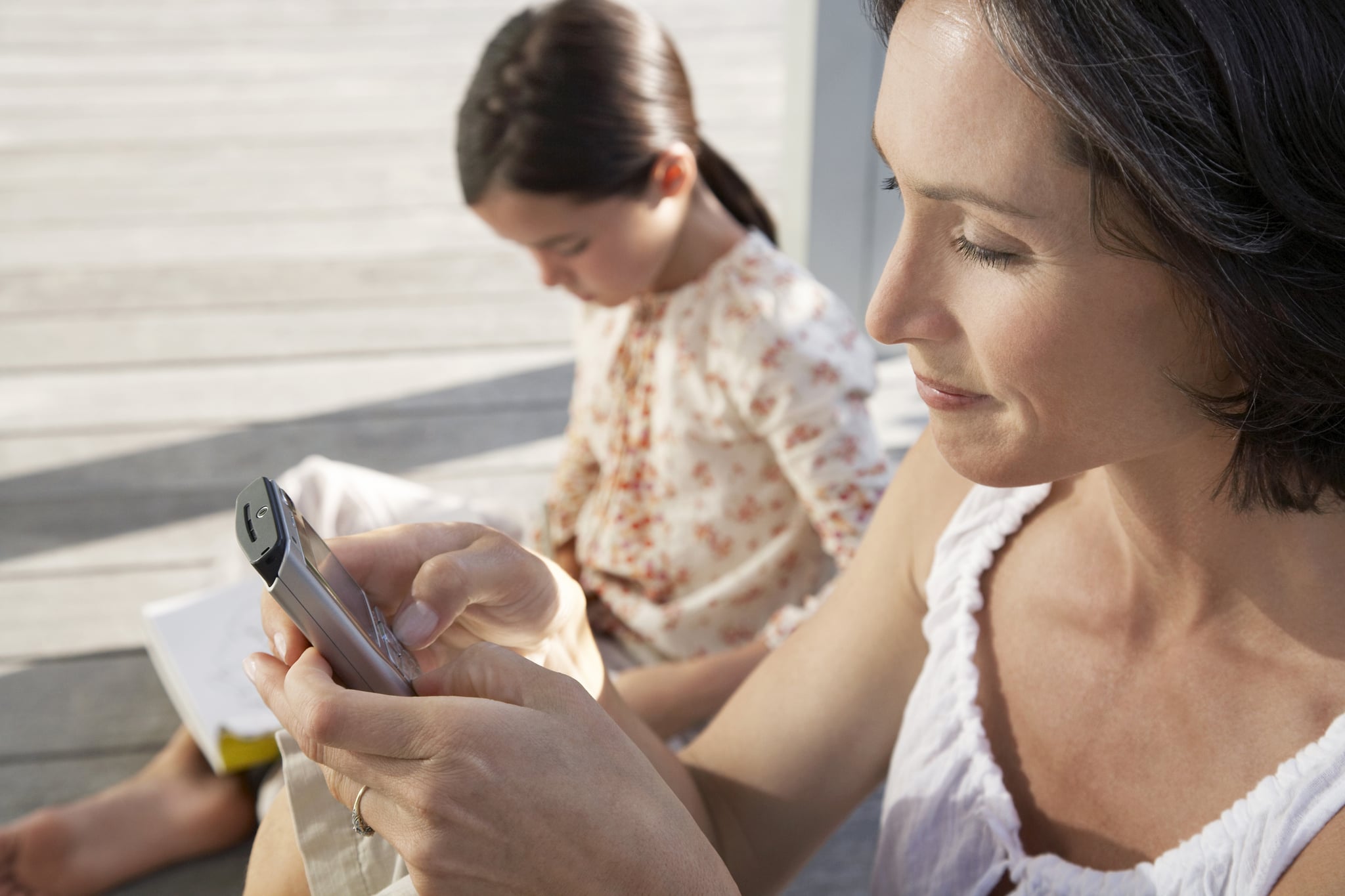 We've all heard about the dangers of too much screen time for kids. Sitting them in front of the TV, the iPad, or your smartphone can wreak havoc on their development, inhibit creative thinking, cause sleep issues, foster aggression and childhood obesity . . . the warning signs might scare you from ever letting them so much as look at your iPhone. But have you thought about what your cell phone usage is doing to your kids? Turns out, it can be damaging your relationship.

A new study reveals that parents who are on their phones — whether checking email or texting — in front of their children have more negative interactions with them.

After noticing how often parents ignored their kids in favor of their mobile devices, Dr. Jenny Radesky developed a study through Boston Medical Center that revolved around surreptitiously observing families at fast-food restaurants. The undercover observers recorded the behavior of both adults and children in 55 groupings. Although not a scientific experiment, anecdotal findings included a mother who kicked her child under the table after the child tried to get her attention and a father who used an irritated tone and no eye contact when speaking to his kids. In once instance, a baby was making faces and smiling at the parent. "And the mom wasn't picking up any of it . . . she was just watching a YouTube video," Radesky said.

"What stood out was that in a subset of caregivers using the device almost through the entire meal, how negative their interactions could become with the kids," she concluded. Of the 55 parents, 40 of them used a mobile device and many, she notes, were more absorbed in it than in their family.

The problem here? "They learn language, they learn about their own emotions, they learn how to regulate them," Radesky said of the value in face-to-face interactions. "They learn by watching us how to have a conversation, how to read other people's facial expressions. And if that's not happening, children are missing out on important development milestones."

Now, Radesky is working with the American Academy of Pediatrics — the same organization that set the 2-year-old minimum on child screen time — to develop some guidelines for parental smartphone use in front of kids. In the meantime, she recommends limiting your usage as much as possible, particularly during key moments of engagement, like dinner and bedtime.

The Ellen DeGeneres Show
Willow Hart Might Have a No. 1 Song, but Pink Hilariously Admitted She "Doesn't Care At All"
by Perri Konecky 20 hours ago