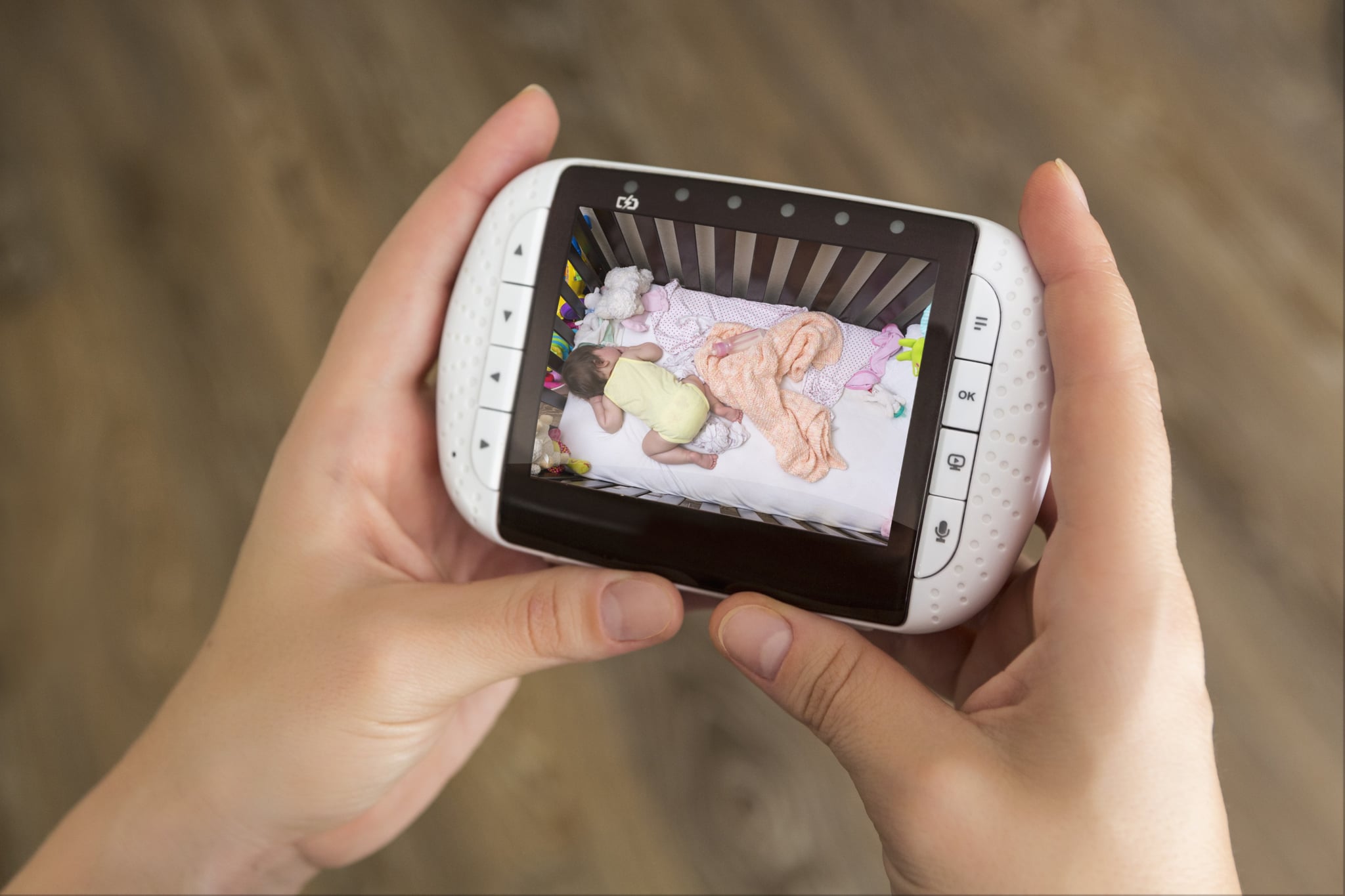 When my baby was first born, I started out with not one but two baby monitors. The first was a traditional audio monitor, and the other was a fancy video device that synced with our iPhones. As someone who is always "connected" (hi, I'm the mom who texted during labor — nice to meet you), why wouldn't I want the same level of attachment with my newborn baby?

The only thing — it took less than a month to viscerally hate them both. Here's why.

You know what's a good baby monitor? A baby.

Sure, this might not apply to those families in big houses where there can be plenty of square footage between you and the nursery room, but for this apartment-dweller, having a baby monitor was not just useless, it was synonymous with crappy surround sound. I didn't, it turns out, need to use a speaker system to amplify the combination of static with my child's wails on a 1.5-second delay.

Not all noises are created equal.

Babies are loud. In addition to crying, the most stereotypical of annoying baby sounds, they also do the following: snore, sneeze, cough, wheeze, hiccup, yawn, grumble, gurgle, grunt, sigh, squeak, snort, inhale, and, of course, exhale. (Yes, their very act of breathing in and out is audible.) Being awoken in the middle of the night by every single one of my newbie's 37 sneezes, as adorable as they are, is not ideal.

You put your baby to sleep and slink out of the room. You breathe a sigh of relief (one that, for the record, is patently quieter than anything that baby's done all day) and plop down on the couch. If the next thing you do is grab your phone to scroll your Facebook feed, scarf potato chips by the handful, or zone out to some terrible Lifetime original movie, you pass. Congrats!

If, however, you pull out that damn video monitor and stare at your baby's every move — of which (news flash!) there aren't many — you've truly failed.

No sane person wants to spend their free time "troubleshooting."

The modern-day take on Murphy's law? The more expensive the gadget, the more likely it is to break. I can't tell you how many sleep-deprived, passive-aggressive arguments my husband and I got into trying to figure out why our WiFi connectivity was weak, why our login wasn't working, why the camera was frozen. . . . As new parents, the only troubleshooting you should be doing involves dirty diapers.

It will always, always turn on you eventually.

One week, we had family in town. Not to say they overstayed their welcome, but my husband and I would need to help each other with "that one thing" in the nursery room, which was well-orchestrated code for huddling together on the floor and whisper-complaining about how so-and-so said this and how you-know-who did that. Then, all of a sudden, the faint green light of the baby monitor station, just a few feet away from us, caught my eye. It was transmitting to the receiver, which was smack dab in the middle of our living room.

We'd just been made.

Who can say if they were listening? It made no difference because, let me tell you, having to walk into your own living room and collectively pretend no one said or heard anything amiss is not how anyone should spend one minute of their already stressful maternity leave.

You will even use it for evil.

For reasons I am certain were valid at the time, I was convinced my husband wasn't wiping our baby girl correctly. "It's imperative you only go front to back," I'd remind him pre-diaper change. In lieu of having faith in my life partner, I opted to fire up the video monitor and used my distant background in investigative journalism to uncover the cold, hard truth that . . . oh, would you look at the time? I am going to be late for that thing!

So, in one of my surest parenting decisions yet, I turned off both monitors for good. (And, you know, started to trust my husband.)

There are certainly times, however, when I do consider plugging them back in.

One night, I heard my now-toddler coughing. It only lasted for a second, but it sounded slightly different than other coughs she's made. Something wasn't quite right, but I thought better of going in and possibly waking her up for no reason. An hour later, it happened again. I trusted my gut and went into her room. There, on the crib mattress were two small piles of vomit — one a little more dried up than the other.

In my grief over being a terrible mother, I hypothesized that if we'd still had the video monitor, I would have been able to act faster — but, as I try to remind myself, the monitor wouldn't have made her not puke all over her sheets. And if we're going to point fingers, it's really the puke we should be pointing at.

Another cause for second thoughts?

Based on what YouTube has proven time and again to be true, toddlers are hilarious. Thanks to many a viral baby monitor recording, parents have captured their children doing some pretty memorable stuff when they are supposed to be in their beds napping.

I'll never be able to watch my kid attempt a headstand while singing show tunes to her stuffed monkey, which — based on noise alone — is my best-educated guess for what's happening in there. Without a monitor mounted on the wall, I'll never know what she's really up to when no one else is looking.

But maybe it's better that way.