The attacks in Paris affect us all. Our friends at YourTango explain why. 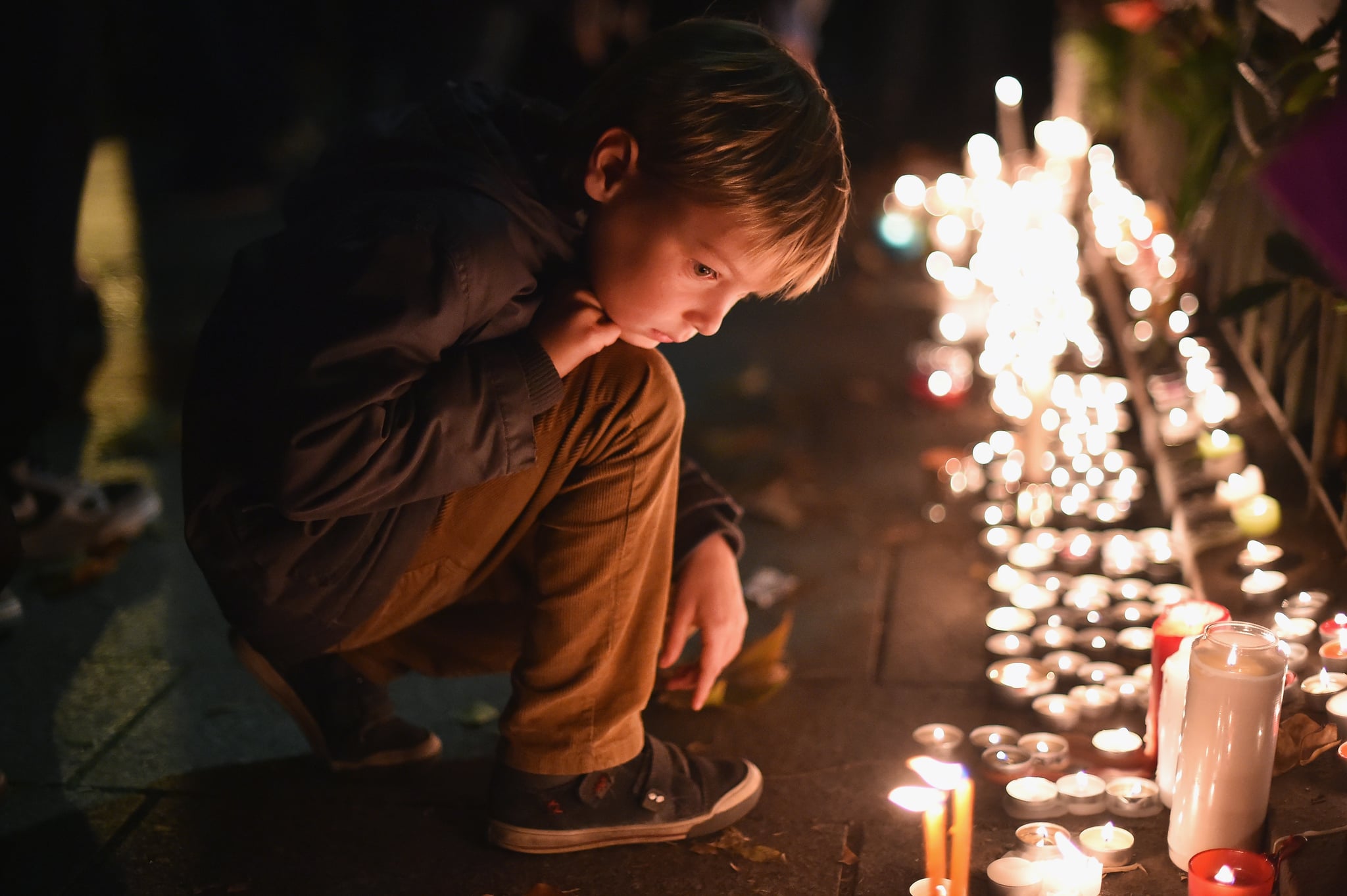 We're all riveted and disgusted by the horror that descended upon the people of Paris.

As someone who was in a New York apartment on September 11, 2001 — and has lived here ever since — I feel tremendous solidarity with the Parisians. Sadly, the solidarity so many of us feel does nothing to help the victims, their families, or anyone else impacted by this act of terror.

It is painful and frustrating to feel so helpless.

I distinctly remember getting into a cab after the second plane hit the Twin Towers and hearing on the radio how a third plane crashed into the Pentagon.

It was a completely surreal feeling. Scary as hell.

And so when I think of the attacks happening in Paris, even though I sit here, seemingly safe, thousands of miles away, I can't help but feel that same sense of pain, anger and sadness I felt on that day.

My 5-year-old son, with his big, brown, innocent eyes filled with so much light, joy, and goodness, sits next to me drawing colorful animals. He's blissfully unaware of the peril of the world we live in.

He deserves to live in a world where he won't grow up learning to fear random violence and danger. I brought him into this world and I hate that I can't do anything to protect him from this terrorism that I, myself, can't understand.

What if what's happening in Paris continues in London? And New York? And Minneapolis? And Munich? Pope Francis' prediction that this is a beginning of a new kind of World War III doesn't seem so far-fetched under that potential scenario.

I'm angry because not only am I responsible for bringing children into this irrational bullsh*t as citizens of the world, but also because I can't comprehend such irrational behavior, such brutality as we have just witnessed in Paris.

Paris! The city of love. When the terrorists chose to attack the people of this iconically beautiful city, known for romance and happiness and people who live their lives loud and free, they broke a piece of all of our hearts.

Perhaps that's why, out of all the horrific acts of terror in the world recently — from Beirut to Syria to what's happening right here in Chicago — this one seems to hurt so bad.

When you stop and think about it all, all the horror people all over the globe are faced with every day, it's terrifying and profoundly sad.

My 2-year-old son just joined his older brother. Together they are eating cereal and drawing Iron Man — innocently ignorant of the danger that could just as easily threaten them as it has the people of Paris and countless more in countries everywhere.

I want to keep them unaware as long as I can.

We may be subjected to risks with every breath we take, but knowing that there are inherently evil people behind these acts of violence who would rather die hurting us than live a life where we all exist peacefully is something I want to keep from them. It's almost too much for me to bear myself.

My heart breaks for the deeply misguided people — clearly missing love and a greater sense of purpose in their lives — who instead turn to violence.

What are we supposed to do now? What can we do?

My boys are beside me now watching their shows. I do the only thing I can and I give each of their heads a kiss and I hug them tight. I feel a little better knowing that no matter what happens, I'll always make sure they never feel alone.

I say a prayer for them, for the proud people of France and the victims of terror everywhere, and even for the terrorists themselves. I pray they find their humanity before any one else is harmed. I pray that the solidarity being shown around the world will help us figure out a way to stand united to put an end to terrorism.

I hold back my tears and choose to do what I can for the people I love to show them there is good in this world. I pray that they feel safe in my arms, even when I am scared that won't be enough.

And to the people of Paris, you will forever represent love for all of us. I hope you feel us sending a bit of that love right back to you. I pray that even though it may not be enough to make you feel safe or take away the pain you've experienced, that you, too, feel a little less alone.

5 Phrases That Will INSTANTLY Make Your Kids Stop Begging

I'm A Mother of 2 Boys, and I Can't (and Won't) Support Feminism

6 Things to Do When Sibling Rivalry Becomes BULLYING

I Blamed Myself For My Miscarriage

Parenting
I Came Out as Pansexual to My Mom, and I'm Grateful She Accepts Me For Who I Am
by Larry Stansbury 1 day ago

Father's Day
My Dad Told Me to Make the Most of Life, and I Do My Best to Do So Every Day
by Jada Welch 3 days ago

Family Life
After Growing Up the Oldest of 12 Kids, This Mom Made an Adulting Basics YouTube Channel
by Chanel Vargas 4 days ago