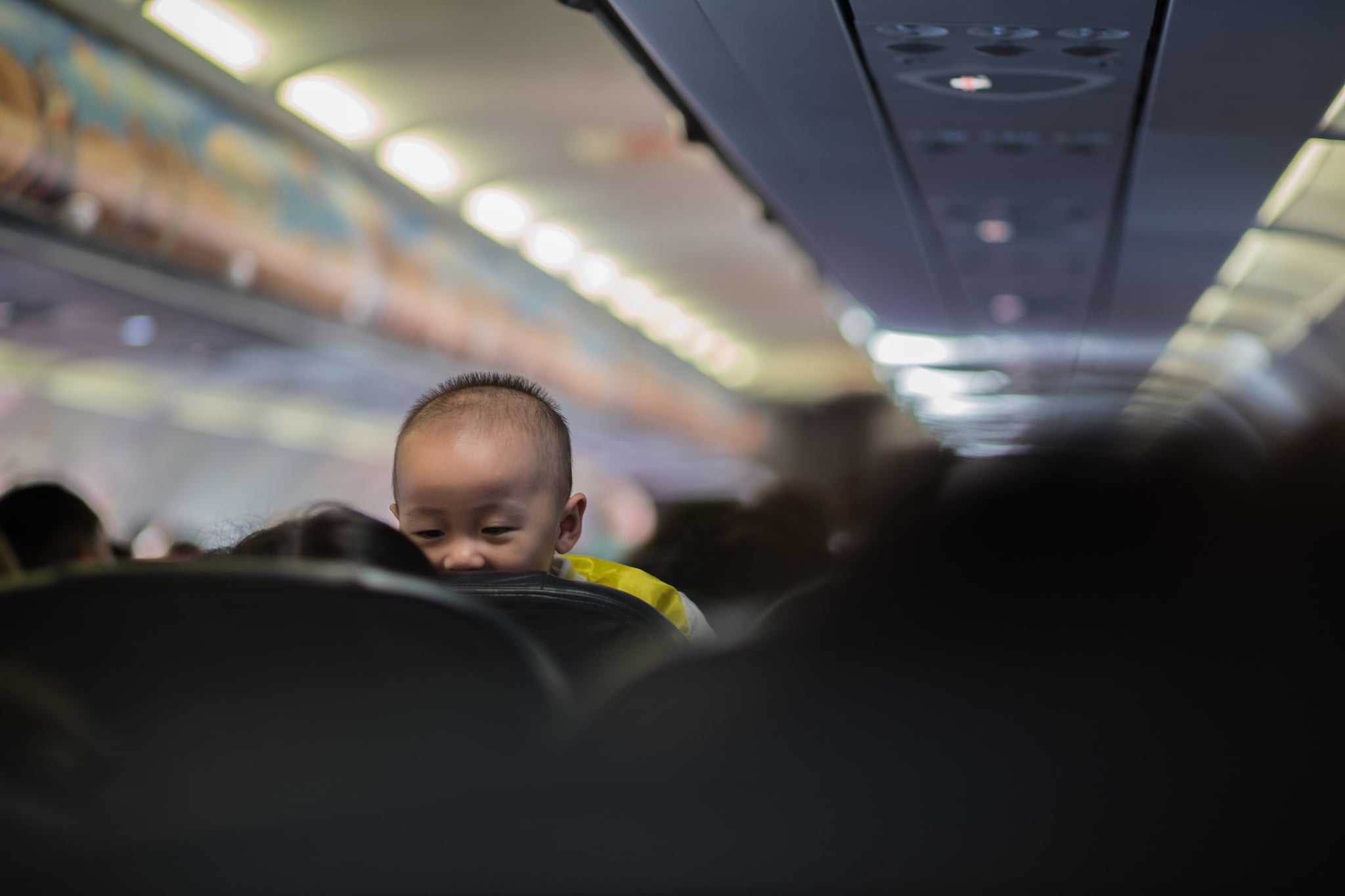 It's no surprise that most air travelers want to avoid sitting next to a screaming baby or a fussy, rambunctious toddler. Apparently, one airline is attempting to aid those passengers by alerting them to the whereabouts of infants on their upcoming flights.

Japan Airlines has rolled out an online seat map that uses a baby face symbol to indicate where all the babies are on any given flight so that you can opt for a seat farther away.

According to the company's website, "passengers traveling with children between 8 days and 2 years old . . . will have a child icon displayed on their seats on the seat selection screen." It added that "this lets other passengers know a child may be sitting there."

The news of this feature made waves after traveler Rahat Ahmed tweeted a screenshot of his latest booking on the Asian airline.

"Thank you, Japan Airlines, for warning me about where babies plan to scream and yell during a 13-hour trip," he wrote. "This really ought to be mandatory across the board."

Although I can empathize with Rahat's frustrations — in an interview with USA Today, he noted that he travels frequently for work and tries to sleep on overnight flights (as most of us do) — what he's requesting isn't just offensive, it's inappropriate.

Perhaps most alarming, this tool removes what little privacy families have. Of course, public travel means you are stripped of a lot of that right, but there's something incredibly unsettling about knowing that anyone can book a flight and know exactly where a baby will be.

I once sat next to a passenger who watched an entire horror movie on his iPhone without headphones. Where is the icon for that?

But beyond that, it's simply an unfair and dehumanizing classification. Sure, it'd be nice to avoid the possibility of spending a few hours trying to muffle the sounds of a crying baby with cheap in-flight headphones, but these tiny humans — never mind their exhausted parents — aren't the only "nuisances" when it comes to potential seat mates. I'm sure most people would rather not sit next to someone with severe flatulence or a person who plans to eat a room-temperature tuna-fish sandwich. It'd also be nice to opt out of sharing a cramped row with a manspreader or occupying an aisle seat next to someone with a very large water bottle and a very small bladder. In fact, I'd venture to say it's equally, if not more, frustrating to sit beside a chatty traveler who wants to share her life story while you are just trying to finish your Sudoku puzzle in peace.

I once sat next to a passenger who watched an entire horror movie on his iPhone without headphones. Where is the icon for that?

I've traveled with kids. I've seen the havoc they can wreak. We discovered that my toddler had motion sickness about four minutes into takeoff on a 10-hour flight. Trust me, that wasn't fun for anyone. Nor is sitting next to someone with a contagious illness, like the flu or a stomach virus (which, FYI, has demonstratively worse side effects for you than a teething 18-month-old), but so far, the TSA hasn't begun such screenings.

If you buy a ticket for a commercial airline, you are opting in to the risks that come with traveling in a tin tube packed with 200 to 300 perfect strangers.

To be fair, Japan Airlines certainly isn't anti-family. They offer standard amenities to those traveling with children, like priority boarding, free stroller gate-check, and bottle-warming assistance.

But that doesn't mean that they haven't just kicked off what could become a dangerously intolerant new trend. If ever there was the potential for a slippery slope, it'd be when the popularity of this seat map leads to a new "coach" section of the plane, far in the back, where parents are mandated to sit. It'd be having to check a box when you book your flight if you plan to breastfeed.