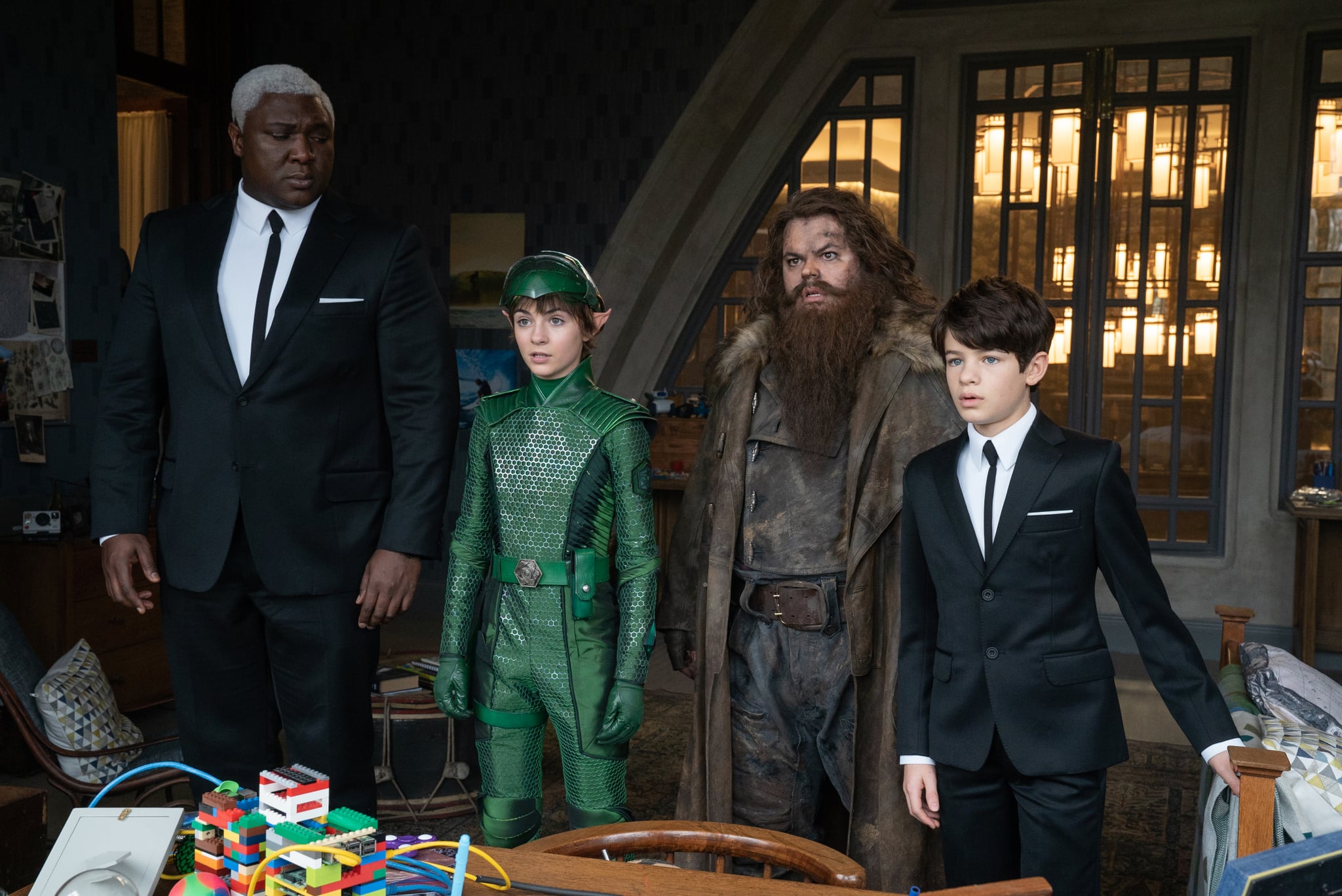 Artemis Fowl is finally being released on Disney+ after being rescheduled from last August and then pushed back to even later this year due to the pandemic. But reader, it was worth the wait! The movie, which is based off the first book of the bestselling series of the same name by Eoin Colfer, is about 12-year-old genius Artemis who is trying to find out what happened to his father after he mysteriously disappeared and is being exposed by the media as a criminal. The movie has several notable differences from the book, but the basic story remains: Artemis discovers the existence of an ancient fairy civilization that lives in an underground world, and he knows they are somehow connected to his father's capture.

What results from this discovery is a mission filled with moments of peril and danger, some of which aren't necessarily suited for your younger elementary kids and toddlers. If you plan on watching this new release when it hits Disney+ on June 12, keep reading for what you should know prior to pressing play with your kids, especially if they're more sensitive to hectic action scenes in movies.

Related:
Netflix's Tween Series Alexa & Katie Is Coming to an End in June — Watch the Trailer!

What Parents Should Know Before Watching Artemis Fowl With Their Kids

Related:
23 Movies on Disney+ That Will Help You and Your Kids Feel All the Summer Vibes

TL;DR: Artemis Fowl is an action-packed movie that's appropriate for most kids and tweens, but you know your kids best, so if they're sensitive to jumpy moments, characters in peril, or movie violence, just prep them beforehand and assure them that in the end, everything works out for Artemis and his friends. And if your kids don't want to watch it with you, you'll still be entertained by the film's plot, as well as Josh Gad's constant comic relief and his more adult, blink-and-you'll-miss-it one-liners.

Tom Hiddleston
Will Loki Be in "Thor: Love and Thunder"? Here's What We Know
by Amanda Prahl 4 days ago

TV
Director Meera Menon Wrote Bon Jovi a Letter to Use "Livin' on a Prayer" in "Ms. Marvel"
by Victoria Edel 1 week ago