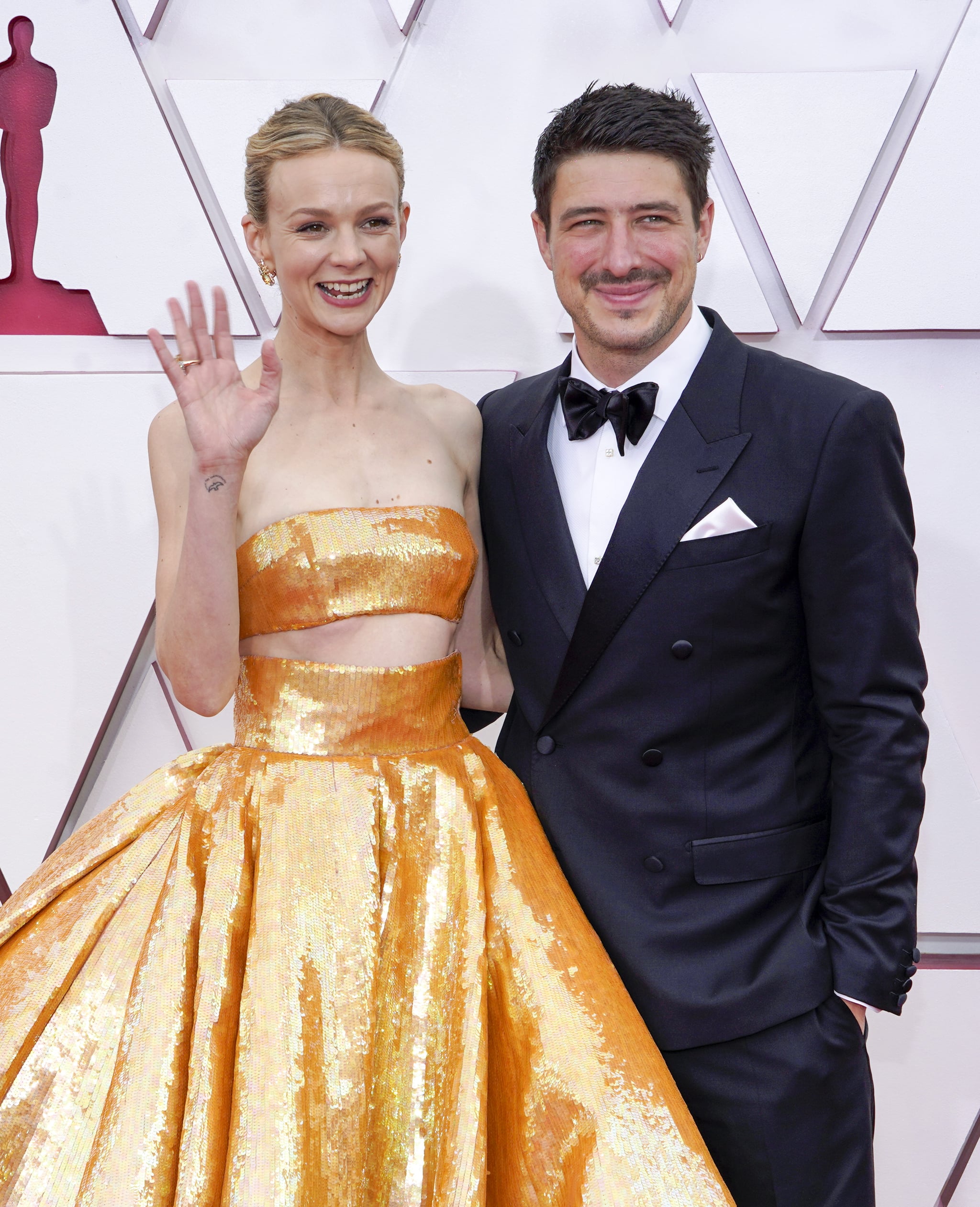 "What does motherhood change? Well, your whole life — it's undeniable — it changes everything," Carey Mulligan told UK magazine Baby. The Promising Young Woman actress has two kids with her husband, singer-songwriter Marcus Mumford, whom you may know from rock band Mumford & Sons. The couple married back in 2012, upon reuniting in their adult lives after being close friends as kids. While Carey and Marcus are very open about their relationship, their kids — Evelyn Grace, 5, and Wilfred, 3 — are off limits. You won't see any photos of their two little ones on Marcus's social media, but the parents do gush about them from time to time. Here's everything we know about Evelyn Grace and Wilfred.

Born in September 2015, Evelyn Grace Mumford is the couple's eldest child and only daughter. Finding a balance between work and home is key for Carey, who said she checks her thoughts about work on set before going home to see her family. "It can't be more important than when I have to get home and have to do bathtime," she told the Daily Mirror. In an interview with Radio Times, Carey petitioned for on-set childcare, noting she brought Evelyn to set while filming Mudbound and Wildlife. She said it was "incredibly complicated" having to organize childcare at her job.

Wilfred Mumford is their youngest and only son, who was born in August 2017. After having their firstborn, Carey took a two-year break from acting. She told Baby that with Wilfred she did the exact opposite — working at seven months pregnant and returning to set right after giving birth. "With a second child, you're a lot less paranoid, and I definitely felt I was ready for new challenges this time around," she said. While delivering her Saturday Night Live monologue, which aired earlier this month, the Great Gatsby actor joked her children's bedtime stories have gotten a lot more dramatic and longer throughout the pandemic. "Lots of recently divorced dragons and unicorns with secret pill habits," she laughed.