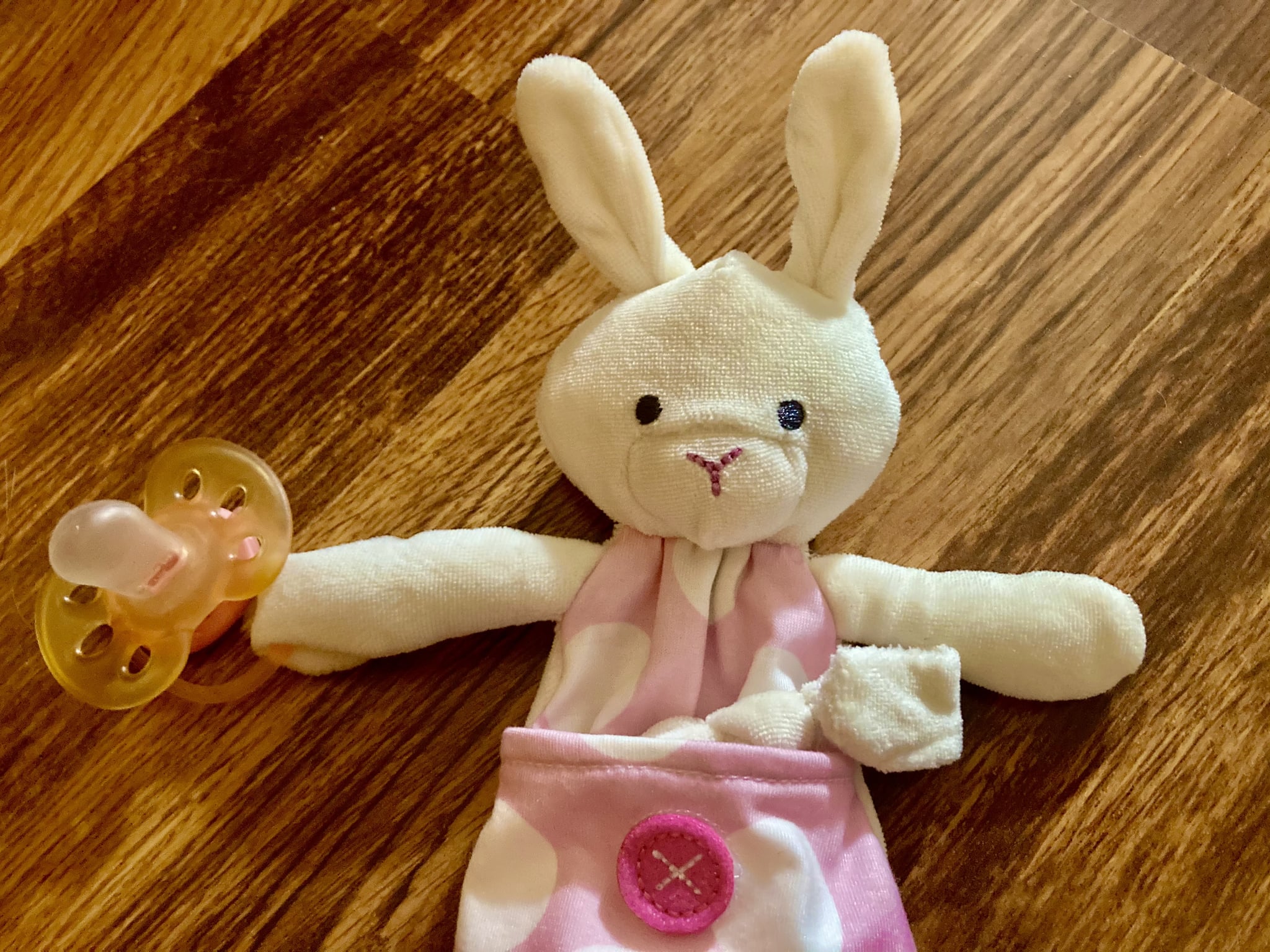 When my son Miles was an infant, there was a period when we were frequently awoken by cries coming from the nursery. My husband and I instantly knew what the problem was: He'd lost his paci. As we negotiated whose turn it was to go and find it for him for the fifth time one night, I vowed to find a better solution to this increasingly frequent issue. We first tried the WubbaNub, a popular stuffed animal-style pacifier holder. Having the pacifier attached to something larger like a small stuffed animal would surely help him find it in the crib without our help and prevent it from falling out of the crib as often as it was now.

Unfortunately, Miles didn't take to it like I'd hoped. He didn't care for the style of pacifier it comes with, and the small stuffed animal didn't seem to appeal to him, either. So I looked for an alternative that would allow any pacifier to attach to itself — and boy, did I find a good one! The Chicco Pocket Buddies Soft Pacifier Holder-Lovey ($10) was the perfect solution to our problem. It worked so well with my son that I ordered one for my daughter before she was even born — and she loves it, too. Here's why they're a staple for my kids.

Related:
Our Son Sleeps With 15 Pacifiers, and It's the Best Thing We've Ever Done

It's important to note that the AAP advises against placing any soft objects in the crib before 12 months. I personally felt comfortable offering this lovey to my babies once they could roll over and sit up, but for optimal safety you should wait until 12 months to introduce this lovey during unsupervised sleep times. But know once you give your baby the Chicco Pocket Buddies Soft Pacifier Holder-Lovey, you're probably never getting it back – it's that good. 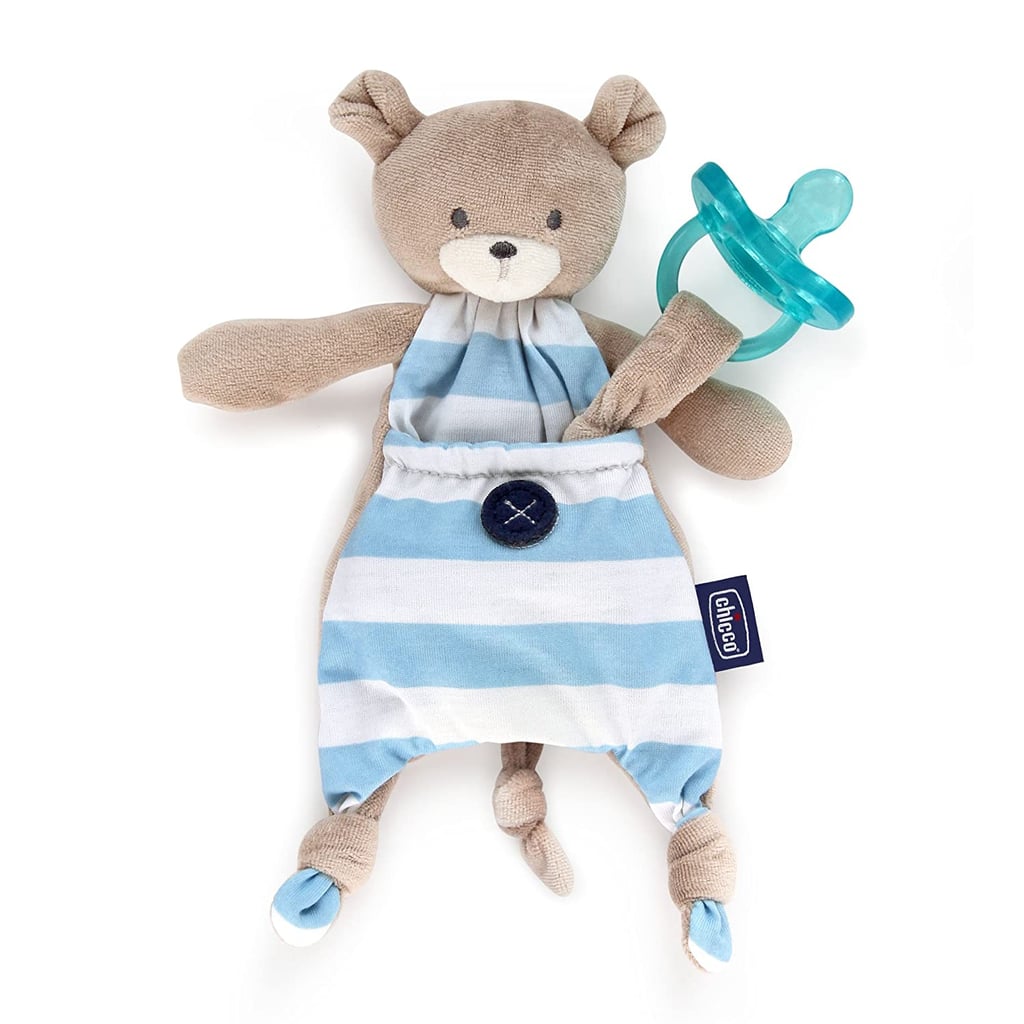