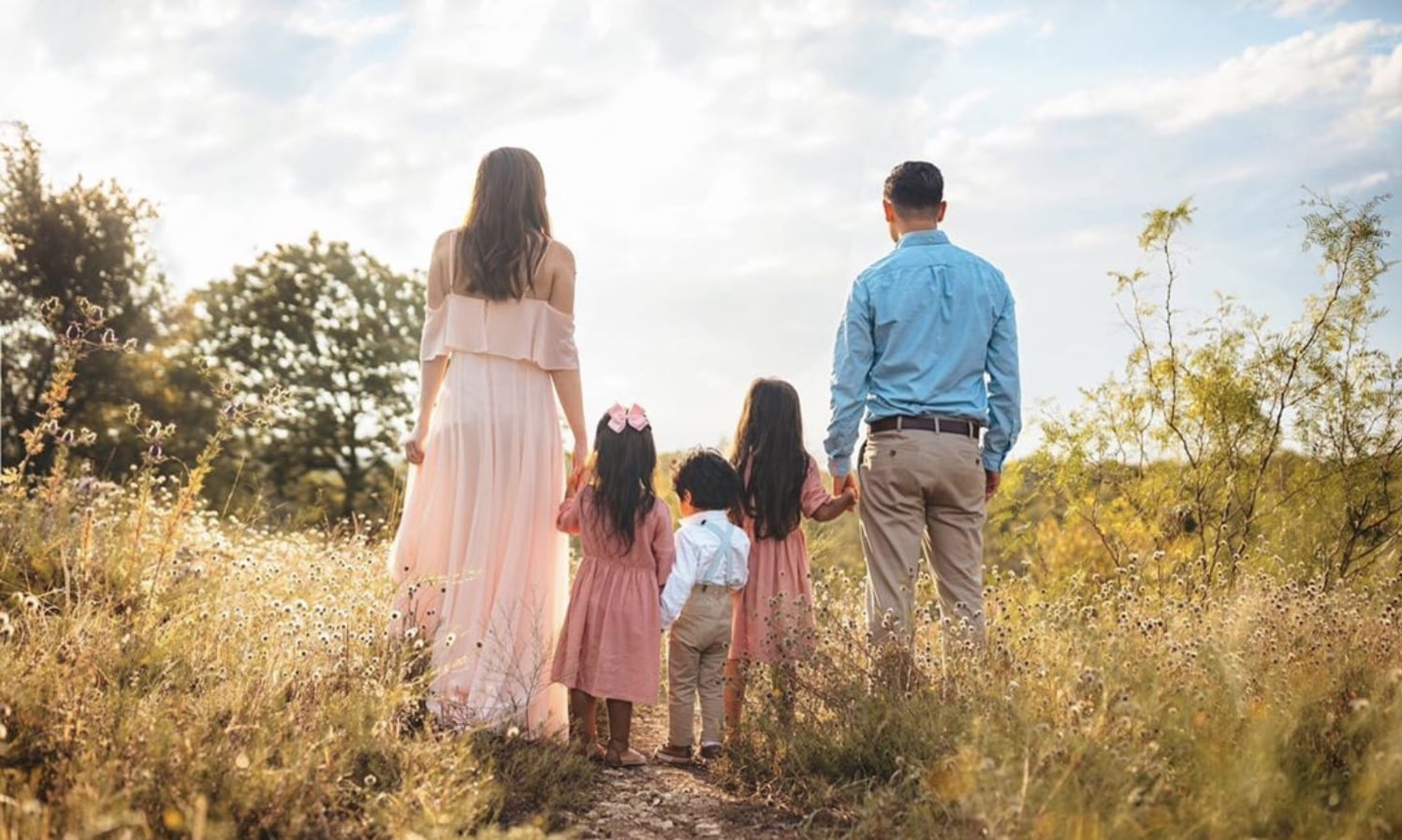 When Texas-based couple Ashley and Jared Gonzalez agreed to dive head first into foster care, they weren't exactly sure what to expect. But a whole year and three siblings later, the Gonzalezes wouldn't change a single thing. Now that Ashley is five months pregnant with her first biological child, she's thankful for how much the foster care system has changed her life, but the road wasn't easy at first.

"We were at church and it was a fostering and adoption Sunday," Ashley told POPSUGAR. "At the time, my husband and I had been married for not even a year. He said, 'Hey, we have an extra bedroom,' and at the time I responded, 'No, we don't!' I really immediately shut off the idea of fostering. I had previously worked in foster care and loved it but was really just burned out."

Related:
After Being Told She Had a "Low Egg Count," a Woman Turned to Adoption, and Her Story Is Beautiful

Because Ashley was going back to school for nursing, she wasn't confident she could take on fostering a child at the moment, but her line of thinking changed over time. "We just went back and forth for several months and prayed about it," Ashley explained. "Later on, I was very pro-fostering and Jared was like, 'No, that was just a fluke.' It probably took about six or seven months for us to be on the same page."

Eventually, Ashley and Jared agreed to become foster parents. They went through a year of training and were eager to bring a new little one into their home, even if it was only temporary. Once they were licensed to host two kids, Ashley's phone rang four days before Christmas 2018 while she was at work.

"They called us and asked if we could foster three siblings, and we just weren't ready for it," Ashley said. "We thought we were going to end up with a baby, but three hours later, two of the three children — a 1-year-old boy and a 2-year-old girl — were at our house! We had nothing set up. We had a crib in the room, but we didn't have anything else ready. I got home from work at 7:15 p.m. and the kids showed up at 7:30."

Fortunately, Jared was able to scurry around, gathering everything the Gonzalezes needed to host the children before they showed up. But according to Ashley, it was a close call. "My husband is just the best man I know. He went out and bought everything and set up a toddler bed," she gushed. "The first night was wonderful. They slept through the night. I woke up the next morning and I was like, 'We are so good at this!'"

While there was no denying how adorable her foster kiddos were, nights quickly became a serious struggle for the 2-year-old after the first evening. "He had night terrors for two weeks, so it was so hard," Ashley confessed. "It was a disaster, and for a long time. I loved the kids instantly, but it wasn't what we thought we had signed up for at first."

Going from being a nonparent to a foster mom of two is a huge life change, and Ashley admitted she struggled with some of things she had to give up in the beginning. "The first month, I sometimes mourned for my old life," Ashley said. "But at the same time, I was really thankful and felt like we were meant for this. I just missed some of the alone time I had with my husband."

"We thought we were going to get a baby, but three hours later, two of the three children — a 1-year-old boy and a 2-year-old girl — were at our house!"

Regardless, Ashley and Jared had already begun falling in love with their foster kids. A month after taking in the two younger kids, they agreed to watch the children's older sister for the night while her foster parents celebrated their anniversary. After the 4-year-old girl spent the evening with her younger siblings, the Gonzalezes offered to take her in. "We already loved them like they were our own," Ashley explained. "She moved in with us about a month after the younger two did, so it's been almost a year."

Although both Ashley and Jared entered into their foster agreement pragmatically — assuming the kids would eventually be reunited with their biological parents — they eventually let down their guard. "Initially, we went into foster care expecting the heartbreak, expecting to have multiple placements," Ashley said. "I don't think it was this instant 'these are my children' feeling that you might have when you have the biological child."

But after getting to know each other, it was clear all three kids truly felt at home with their foster parents. "Our oldest foster child started out calling us Jared and Ashley," she explained. "One day, she asked if she could call me Mommy. At that point, CPS started talking to us about adoption. We started getting our hearts prepared for that." 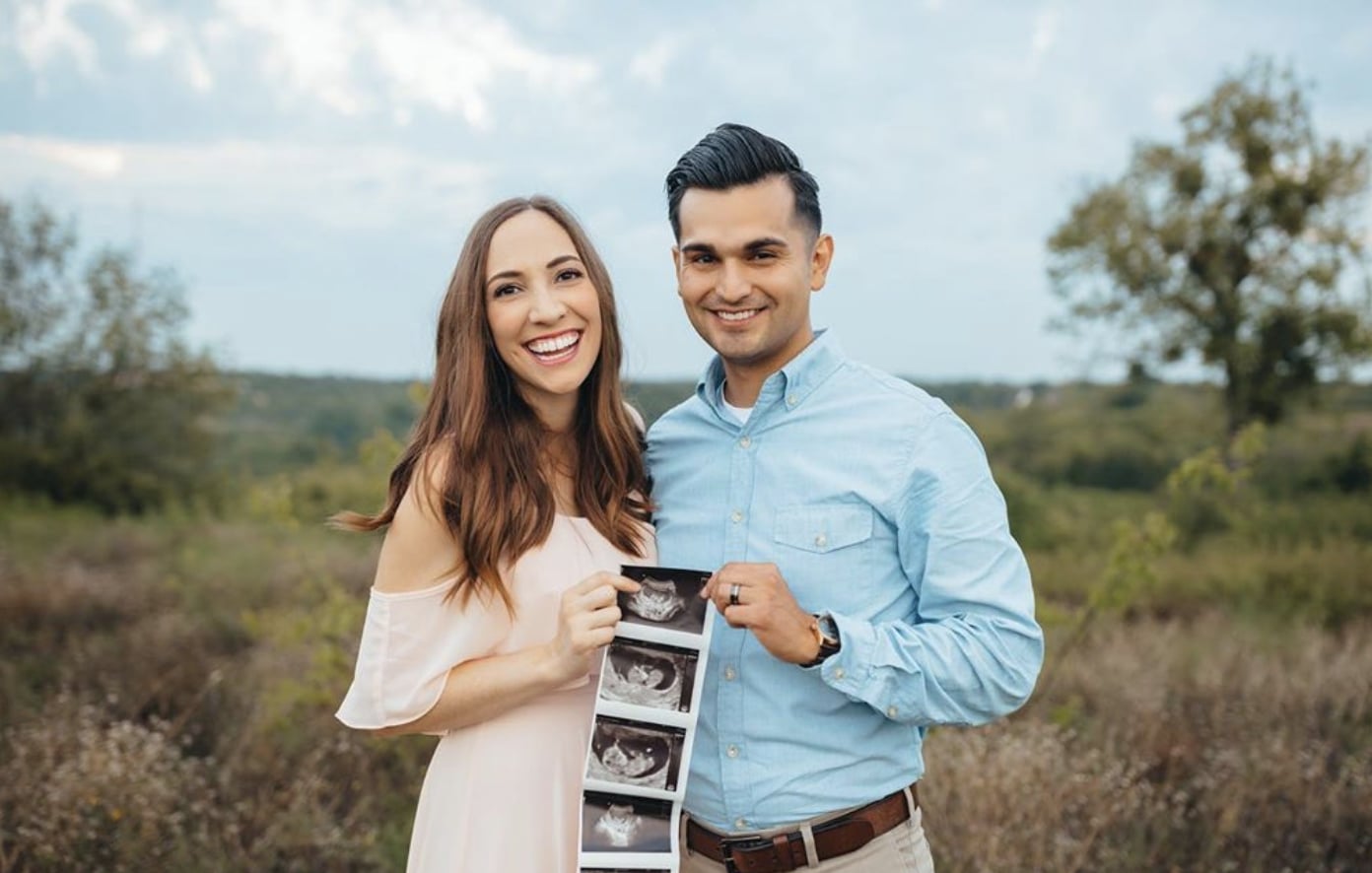 With a new baby due in a few short months and their impending adoption journey, the Gonzalezes certainly have a lot on their plates. While there are still some things up in the air, Ashley and Jared are hoping to officially adopt all three foster kids in Summer 2020. In the meantime, they're all waiting for their new bundle of joy to arrive.

And while it's definitely been a struggle to go from zero to three kids in a year's time, it's been utterly worth it. "We have some pictures from when we first got the children now," Ashley explained. "Just seeing how healthy and happy they are proves it's been the most rewarding thing I've ever done in my life."