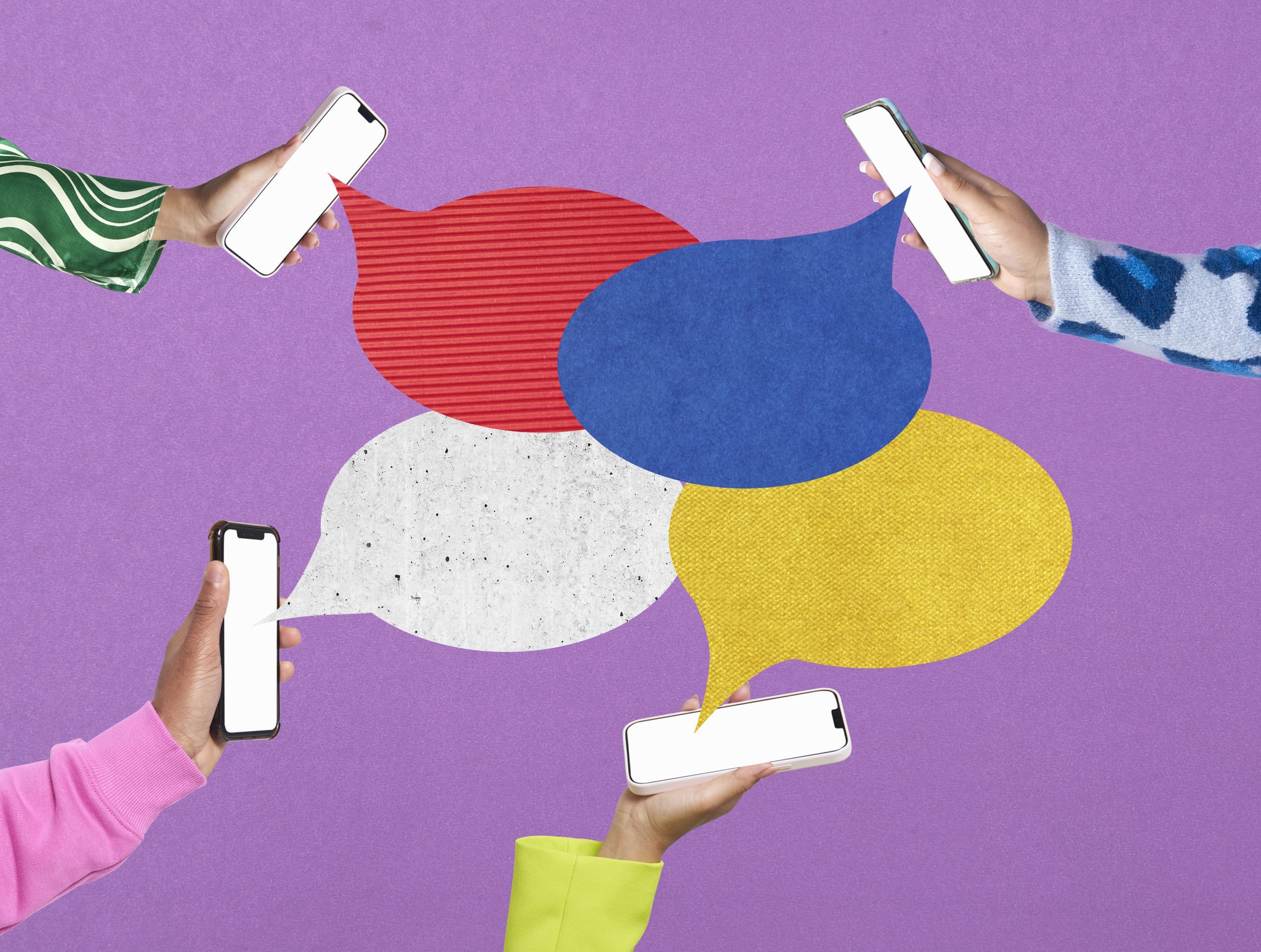 Most of us can relate to having one group chat that we've had to hit the mute button on. Well, for one father, it was his own family's chat. This week, Allison D'Orazio tweeted a screenshot of a text from her dad, Thomas, telling his family that he could no longer handle the "pressure" of responding to every text and photo — and was removing himself from the (never-ending) narrative.

"I can't keep up with the pressure of always having to lol or like or heart everyone's random thoughts, pics, and amusements," Thomas wrote, really flexing the 'honesty is the best policy' on his wife and two daughters. "For all future texts: I love them, laugh at them, or like them unless it's bad, then I dislike them," he added. "In perpetuity. I can't live with this pressure. I'm out."

More than 420k likes later, to say this was relatable is an understatement. Whether you are the dad in the thread or the sibling who can't stop sharing photos of your dog (guilty), we all have opinions about the overflowing group chat.

The 23-year-old told Today that they share the group chat with her mother and 19-year-old sister. "The three of us are very extroverted and send random stuff all day long," D'Orazio said. "He's so kind and engaged with our lives — he's like the perfect human being — and I think it was stressing him out that he can't respond to all the messages." To be fair, "I was sending pictures of every single stitch I was doing on a sewing project," she admits.

But don't worry, no feelings were hurt in the process. "When I read it, I burst out laughing. He's hilarious," D'Orazio says. "He's surrounded by a bunch of extroverted girlies always doing something, and he just loves a simple life," she later said in a follow-up tweet.

People were quick to share versions of their parents' antigroup chat mentality. "Lmao is this a dad thing? my dad called me to tell me he didn't like group chats," NBC News host Kwani A. Lunis replied. "Dude network burnout is a real thing," commented another user. "Some humans were never meant to have this much contact this quickly with this many people. I blow off easily 3/4ths of the daily messages I get on various platforms because I just can't stay glued to my phone all day every day."

So if anyone else needs a way to exit a chat, D'Orazio suggests copying and pasting her dad's message — but feel free "to personalize the template."