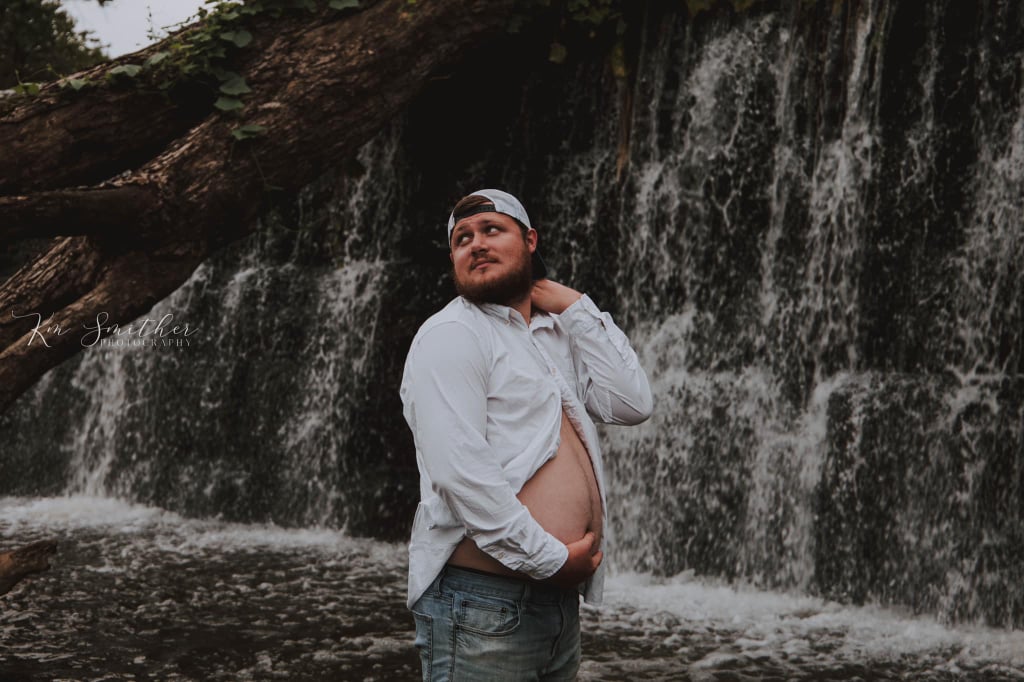 It's easy to get excited about shooting your pregnancy announcement, so when mom-to-be Kelsey Brewer arranged to have her photos taken and later found out she wouldn't be able to attend because she was put on bed rest, she was reasonably disappointed. Instead of that being the end of it, her husband went where no spouse has gone before and reached out to the photographer — he was going to surprise her by posing for the photos himself! As though he were pregnant!

In a series of viral Facebook photos shared by K.M. Smither Photography, Jared is seen posing for maternity photos. And he's truly glowing! "When Kelsey got placed on bedrest the week of her maternity pictures she was really disappointed because she was looking forward to having those memories forever.. who wouldn't be? So when her husband texted me wanting to replace her and surprise her with the pictures how could I say no?! Not only is he hysterical but he was able to turn his wife's frown upside down and brighten her mood completely," K.M. Smither wrote.

Smither also connected with HuffPost to give us a bit of background on the photo shoot. "Jared is a big goofball," Smither said. "Once Kelsey got put on bed rest, he was upset that she was disappointed. He wanted to cheer her up and put a smile on her face."

So what did his wife think of her husband's work in front of the camera? "She almost peed herself laughing so hard," Smither told HuffPost. "It brought tears to her eyes to have a husband that's so willing to do anything to make the best out of a situation!"

We can't wait to see what this family comes up with for the birth announcement.