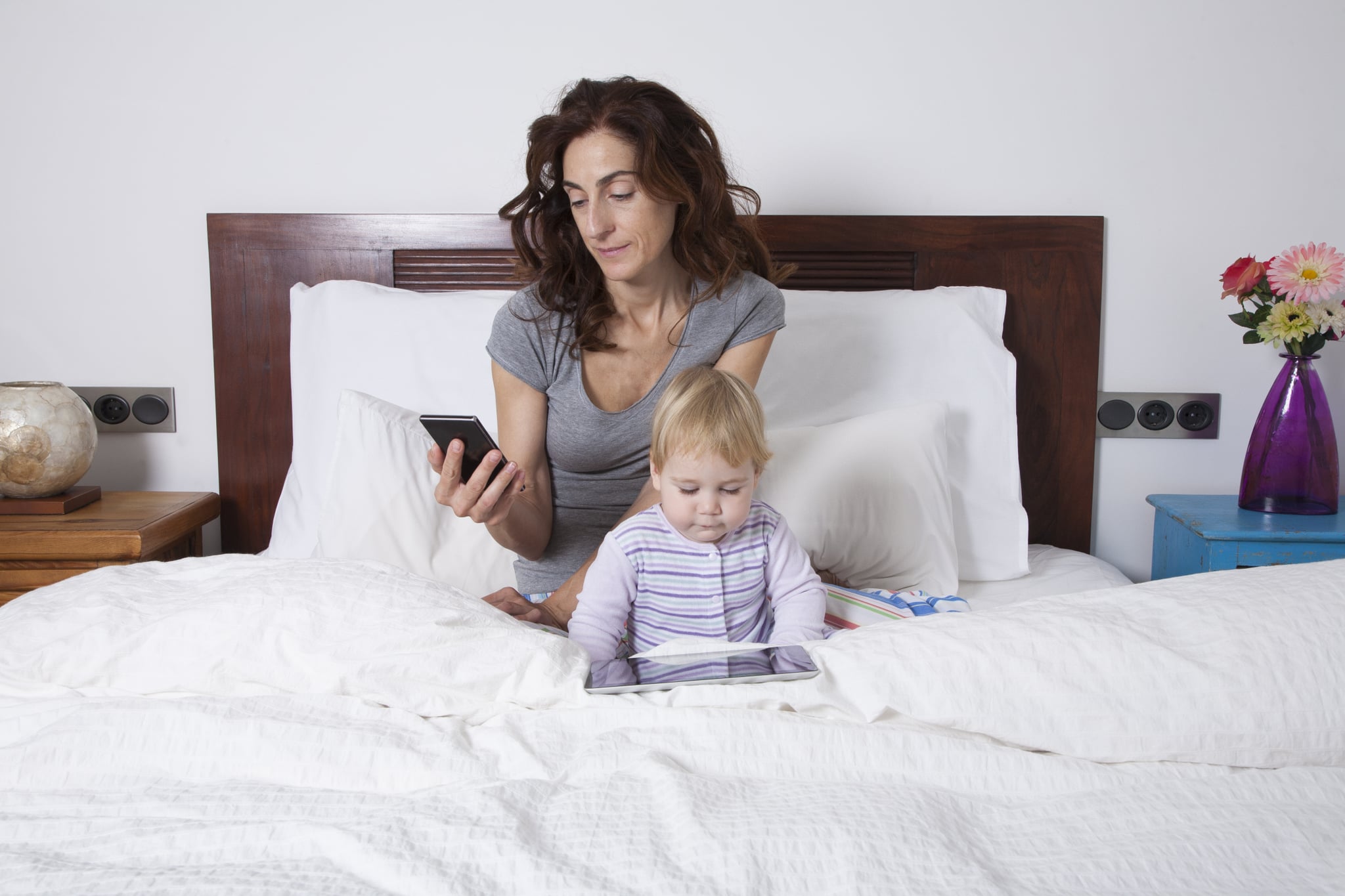 The largest ever study on postpartum depression is officially underway, and in order to get involved, you only need one thing: an iPhone.

According to CNN, as many as one in five women endure a form of mood disorder, anxiety disorder, or depression during or after their pregnancy. In order to understand who is at risk and how to prevent new moms from suffering, Apple joined forces with the National Institute of Mental Health, Postpartum Progress, and UNC Chapel Hill to create a new app. With the PPD Act, which is a free app that's now available for download, current and former postpartum or psychosis patients can aid the growing research with just a swipe on their phones.

The PPD Act needs at least 100,000 women who have experienced symptoms to participate. Normally, it could take years to find that many volunteers, especially considering how it oftentimes takes months — or years — for individual women to even realize what they're suffering from, let alone reach out for help. However, thanks to Apple joining the cause, thousands of women now have easy access to the study through their phones.

"A decade ago everyone was suffering in silence. Now, thanks to social media, we're talking about it. Women are sharing their stories," Postpartum Progress founder Katherine Stone told BuzzFeed. "With this app, we have an opportunity for collective action as patients who have been there. We never want another mother to suffer."

UNC's Dr. Samantha Meltzer-Brody, one of the app's creators, told CNN that she believes the app is a real game changer for their ability to understand the biologic causes of postpartum depression and postpartum psychosis. The overall goal is to develop innovative treatments and to prevent anyone else from suffering from the devastating disorders — but scientists need to know more about the underlying biology and genetic risk in order for that to be made possible.

"For us it's momentous because we have an opportunity to bring together at least one hundred thousand women who have been through this," Stone said. "What I love most is that it's very patient centered. It doesn't have the restrictions of usual studies — we want to talk to moms who self-identified and those who were clinically diagnosed. It gives moms an opportunity to have a voice on this like never before."

Once a woman downloads the app and gives her consent to participate, she will then answer 10 questions and her responses will result in a numerical score. Based on where she falls on the Edinburg Postnatal Depression Scale, which is used to evaluate and diagnose perinatal mood and anxiety disorders, she will then be told whether she is (or was) suffering from mild to severe symptoms. In addition to then providing the moms with additional information and resources for treatment, women who scored above a certain mark will be asked if they are willing to participate in the genetic study. If they agree, these moms will be sent "spit kits" to provide saliva samples for the National Institute of Mental Health.

The app is currently available in the United States and Australia, while a British version will be ready shortly and plans for other countries are in the works. "This really represents the power of team science, and using the ability to use social media and smartphones and technology to reach people in ways that we haven't been able to do so before," Meltzer-Brody said.

Dr. Seuss
6 Dr. Seuss Books Will No Longer Be Published Due to "Hurtful and Wrong" Racist Depictions
by Alessia Santoro 19 hours ago

Parenting
Jill Biden on Being a Mother Pre-Pandemic: "It Was Already Hard Enough"
by Alessia Santoro 4 days ago

Shay Mitchell
Shay Mitchell Reflected on Her Experience With Prenatal Depression: "I Was Like, 'Wait, What's This?'"
by Murphy Moroney 4 days ago

Little Kids
This 5-Year-Old Gave Her Mom the Sweetest Compliment, and Her Reaction Will Melt Your Heart
by Yerin Kim 5 days ago