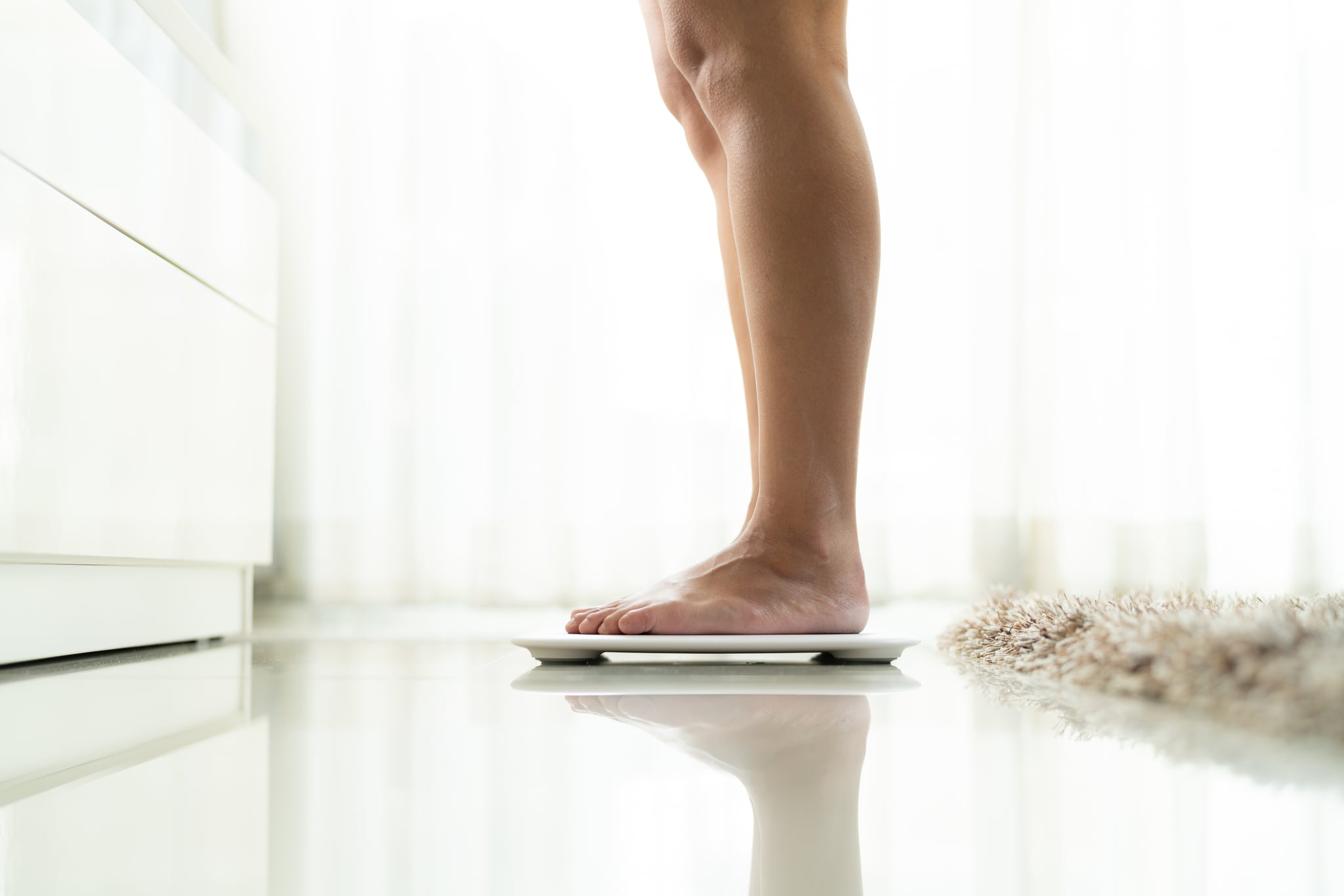 When I became pregnant with my first child, one of my first queries was, "How much weight should I gain for a healthy pregnancy?" I quickly discovered that the internet is full of guides that outline not only how much weight you should gain, but also when you should gain it. While the recommended amount is dependent on your starting BMI, they all agree on one particular point: the first trimester does not require any weight gain. In fact, it's medically encouraged to emerge from the first 13 weeks nearly the same weight as you went into your pregnancy.

While it's noted that a gain of one to four pounds is acceptable, most information hubs will tell you that many women actually lose weight during their first trimester due to morning sickness. As someone who tries live a health-conscious lifestyle (I've found macro-counting and daily workouts work for me), I assumed I would have no issue maintaining my pre-pregnancy weight during the first trimester. I assumed wrong.

One of the first indicators I had of being pregnant was that I was ravenously hungry all of the time. It was as if my stomach was an empty void that couldn't be filled no matter how many between-meal snacks I scarfed down. My endless hunger also came with a very specific craving — I wanted carbs and I wanted them bad. I remember going to my first real prenatal appointment and explaining to the doctor that I didn't recognize my own dietary cravings. I began, "All I want to eat is," — she cut me off, finishing the sentence for me — "carbs." Apparently, carb-craving is not a pregnancy symptom unique to me.

Neither my mother or grandmother had morning sickness during any of their pregnancies, so my only association with the ailment was the laughable material of sitcoms ("Oh! Our favorite character is puking! She must be preggo!") I was totally oblivious and very much unprepared for the debilitating storm of nausea and vomiting that descended upon me in week six. While there was little relief to be found during this time period, I quickly learned that the only thing worse than morning sickness was morning sickness on an empty stomach. Macro-counting, six-small-meals-a-day me quickly became eat-pastina-and-sourdough-non-stop me.

On top of that, my energy level took a major hit. For some reason, I had to actually become pregnant to find out that the first trimester is notorious for an overwhelming sense of fatigue. I found myself nodding off two hours before my usual bedtime and falling asleep in the middle of the day (prior to becoming pregnant I could probably count on one hand how many times I had taken a nap in my adult life). While I still forced myself to complete my daily workout, I found my level of daily activity going way down. I used to strive for a minimum of 12,000 steps a day, but found completing even 6,000 a day to be a challenge during my first trimester. Again, it also didn't help that I spent half of my day either leaning over the toilet or curled up in a ball on the couch trying not to find myself leaning over the toilet.

When it came time for my next appointment during week 12, I wasn't exactly eager to step on the scale. I had just spent the last three months laying on the couch eating orzo. I knew it wasn't all bloat that was keeping my pants from buttoning. After learning about my experience with morning sickness, my midwife actually asked me how much weight I had lost. This was before she consulted the nurse's report and announced that I had in fact, gained six pounds.

While six pounds isn't a large amount or even far above the "acceptable" amount, as a health-conscious person, it was a shock. I was flooded with feelings of anxiety and depression, feeling as if I had just put myself at a disadvantage right off the bat in my pregnancy. But then I started to really reflect on the last few months. It was at that point I realized I had nothing to feel bad about. I quite literally did what I had to do to survive what was easily one of the most challenging periods of my life. After all, when you're faced with deciding between a starchy snack or your fourth puke session of the day, the decision feels pretty clear.

I was led to believe first trimester weight maintenance was a walk in the park, but that could not have been less true. I wish I hadn't spent any time getting down on myself when the number on the scale went up. The less popular truth is that it's common to experience extreme fatigue, constant sickness, and an unearthly craving for anything that even remotely resembles a carbohydrate. Because at the end of the day, weight is just a number, and I'll choose crackers over nausea every time.

Celebrity Trainers
Peloton's Jess King on Her Pregnancy Journey: "I Had No Idea What I Was Up Against"
by Jess King 1 day ago