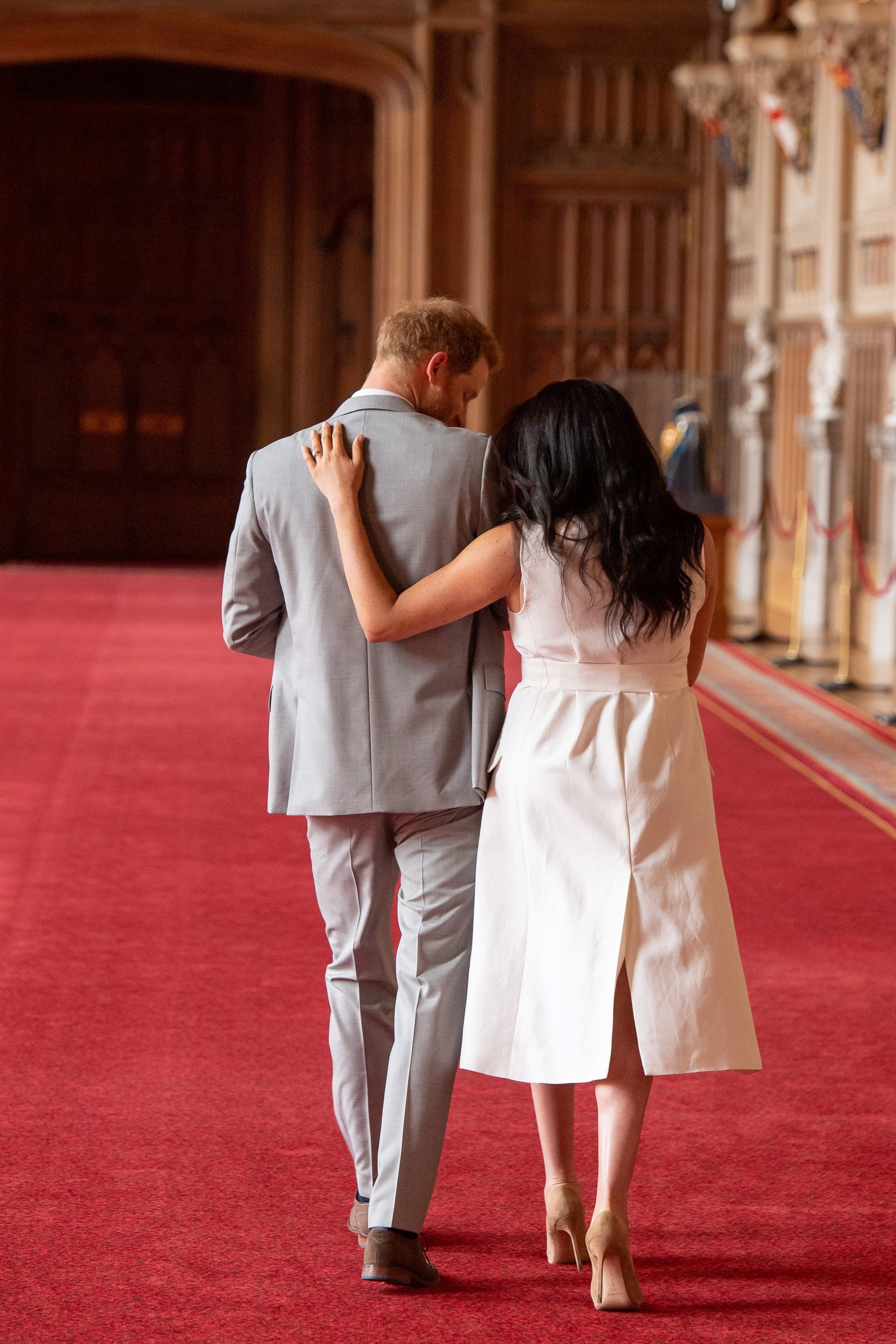 In a piece titled "The Losses We Share," written for The New York Times, Meghan Markle revealed that she experienced a pregnancy loss in July.

In the moving account, the duchess recalled the morning of the miscarriage: "I knew, as I clutched my firstborn child, that I was losing my second." She went on to speak about being exhausted during the last leg of her and Prince Harry's South Africa tour and ITV journalist Tom Bradby asking if she was OK, which sparked a candid response from the duchess, one that resonated with so many. "But it wasn't responding honestly that helped me most, it was the question itself," she added. "Sitting in a hospital bed, watching my husband's heart break as he tried to hold the shattered pieces of mine, I realized that the only way to begin to heal is to first ask, 'Are you OK?'" Meghan wrote.

"Losing a child means carrying an almost unbearable grief, experienced by many but talked about by few," Meghan said. "Yet despite the staggering commonality of this pain, the conversation remains taboo, riddled with (unwarranted) shame, and perpetuating a cycle of solitary mourning."

In the same piece, the duchess touched on the suffering that 2020 has brought; she spoke about the untimely and tragic deaths of Breonna Taylor and George Floyd, which led to large Black Lives Matter protests across the globe. "In places where there was once community, there is now division," Meghan wrote.

Her deeply personal account ends by speaking of the new normal 2020 has brought: "the truth is that we are more connected than ever because of all we have individually and collectively endured this year," Meghan added. "Are we OK? We will be."