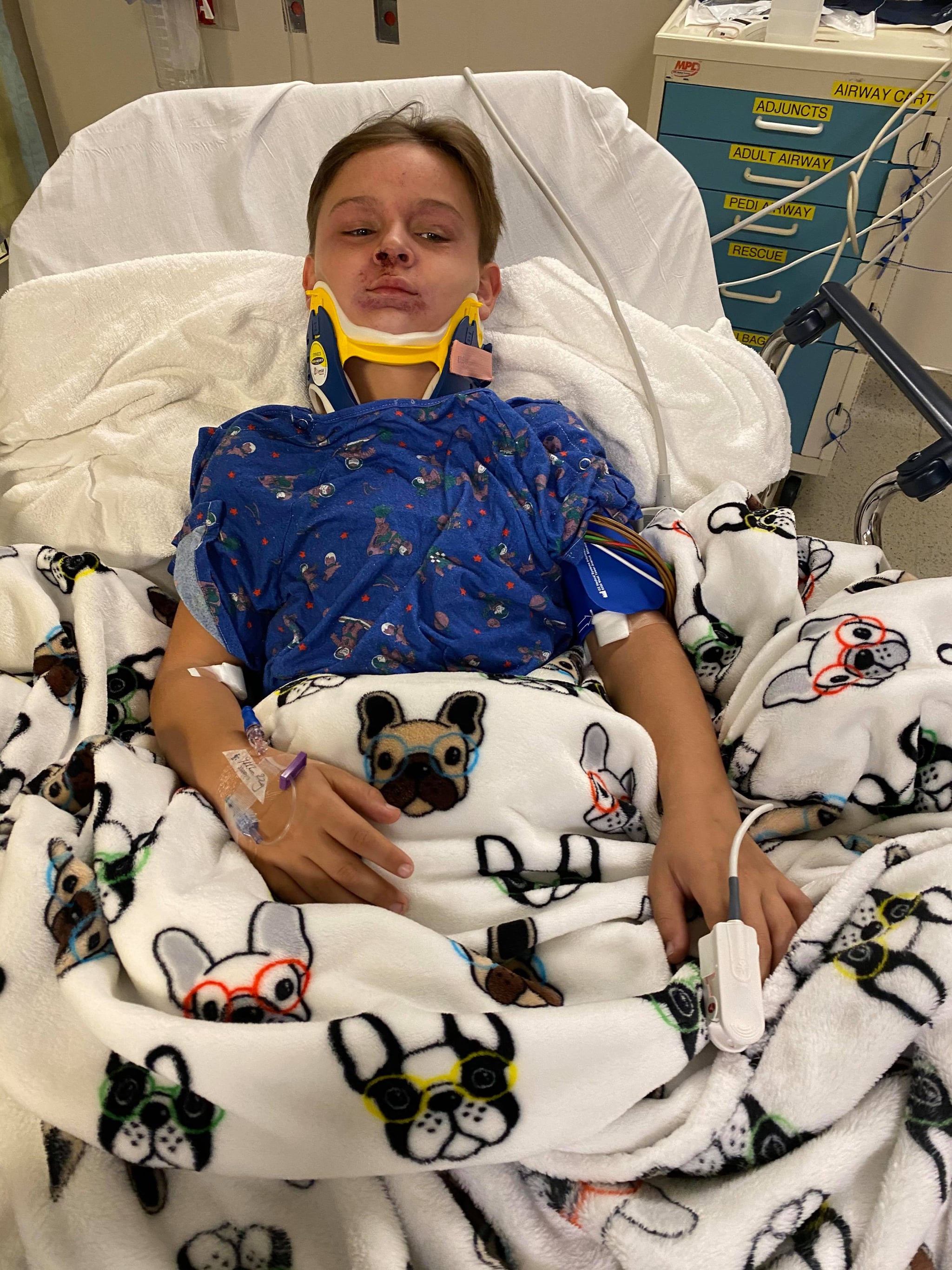 Mom of two Siobhan Sherbovich is encouraging parents to teach their children about seat-belt safety after her 8-year-old son, Brayden, was nearly suffocated by his seat belt on Sept. 12. After taking Brayden and his 3-year-old sister, Maya, out for ice cream, Siobhan was terrified to find her son tangled in the seat belt hanging from the ceiling in her 2017 Acura MDX.

"My initial reaction was, 'How did this happen?' Because it happened within minutes of leaving an ice cream shop," Siobhan, whose son was sitting in the middle seat at the time, told POPSUGAR. "This is not a common situation, so when you see it first-hand, you can't quite grasp it. At a red light, Brayden was able to tell me when he was initially being strangled. He said, 'Mom, I'm stuck, I can't breathe.'"

Related:
Is Trick-or-Treating Safe Amid the COVID-19 Pandemic? We Asked a Pediatrician For Advice

In a matter of minutes, Brayden was completely trapped by his seat belt. "I promptly turned around and saw the middle seat belt that's suspended from the ceiling and locked into place wrapped and twisted multiple times around his neck," she explained. "The first time, it accidentally looped around from him trying to just get it out of his way. He sent it back in the wrong direction, creating havoc. This particular middle seat belt tightens as you pull it, so the harder he struggled, the tighter it got."

As soon as she saw Brayden struggling, she pulled over and attempted to free him. However, the seat belt's locking mechanism wouldn't budge. Panicked, Siobhan jumped out of the car, desperate for help. "After Brayden fell unconscious, I just started screaming in the street," she recalled. "Out of the corner of my eye, I saw a nearby hair salon. I banged on the windows, ran in, and screamed for scissors. I ran back outside with them and cut him loose from the belt."

"This particular middle seat belt tightens as you pull it, so the harder he struggled, the tighter it got."

As soon as Brayden was free, Siobhan began administering CPR. From there, he was rushed to the Pediatric ICU at Massachusetts General Hospital in Boston and treated for his injuries. "He was there for about 24 hours. It was intense, but all the doctors and nurses were amazing and told us how lucky we were," she said. "His CT scan was clear, so no permanent injuries. The adrenaline was still flowing, so it didn't hit me until we got home."

Determined to prevent other parents from experiencing what she went through, Siobhan is encouraging families to invest in seat-belt cutters — like these ones — just in case. After all, as she notes, it can happen to anyone.

"It's not only important to share with parents, but with all consumers where someone may be utilizing the middle seat belt," she explained. "It has a much different locking mechanism than the standard lap belt. There simply is no quick-release button readily available. In an event of an emergency or state of panic, not many people are educated on this type of system . . . It's also important for everyone to just be prepared. Carry a safety tool kit and seat-belt cutters or scissors at all times. You may not need them, but someone else you come across might."

Fortunately, Brayden is recovering well. However, Siobhan wants car manufacturers to address the issue as soon as possible. "You can't manufacture a system and not have a better warning or tool in place," Siobhan said. "I've heard from a ton of folks that the same happened to them with various different outcomes. [I want] to prevent any type of similar situation from happening to a child, loved one, friend, or stranger." 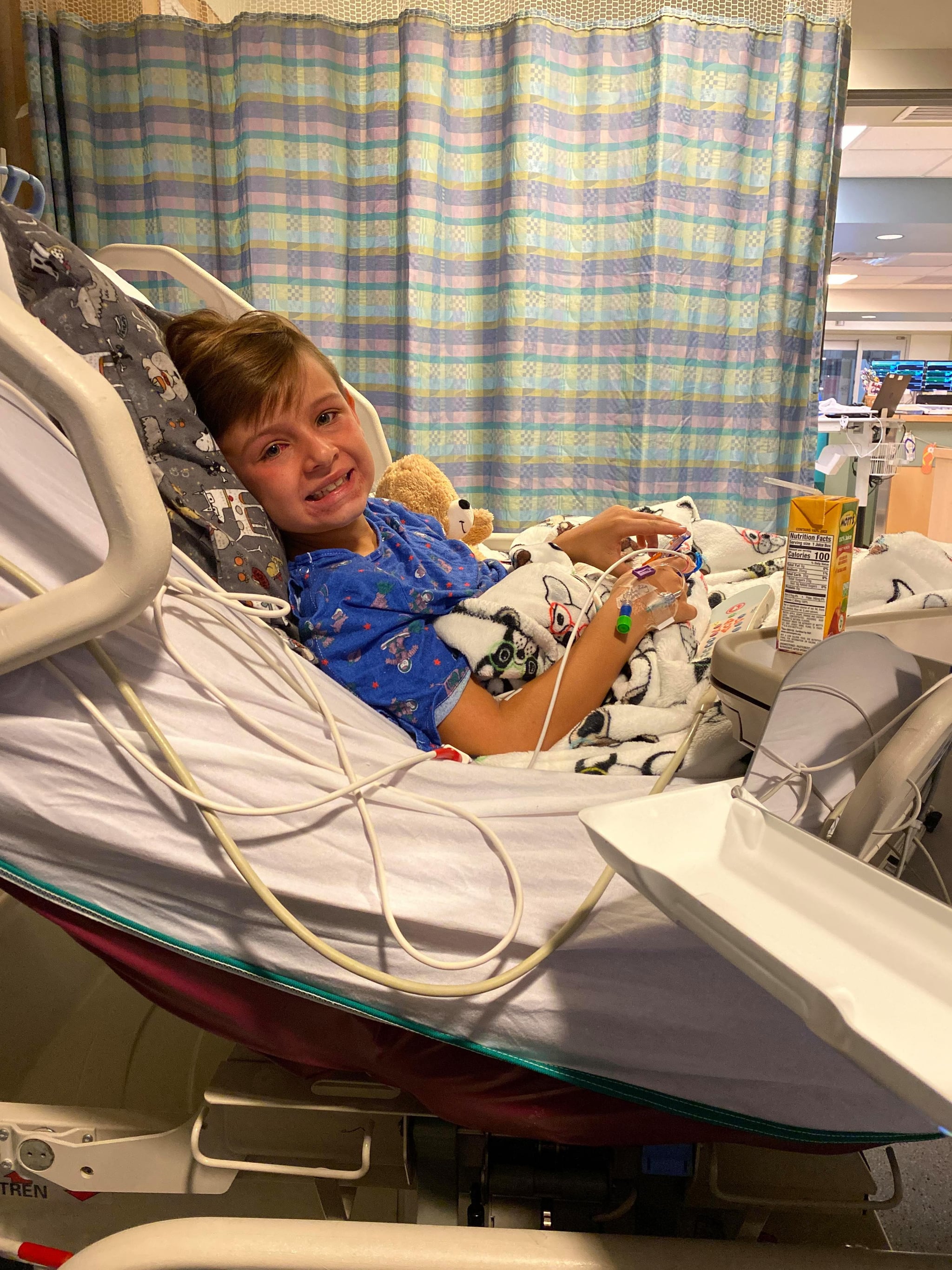