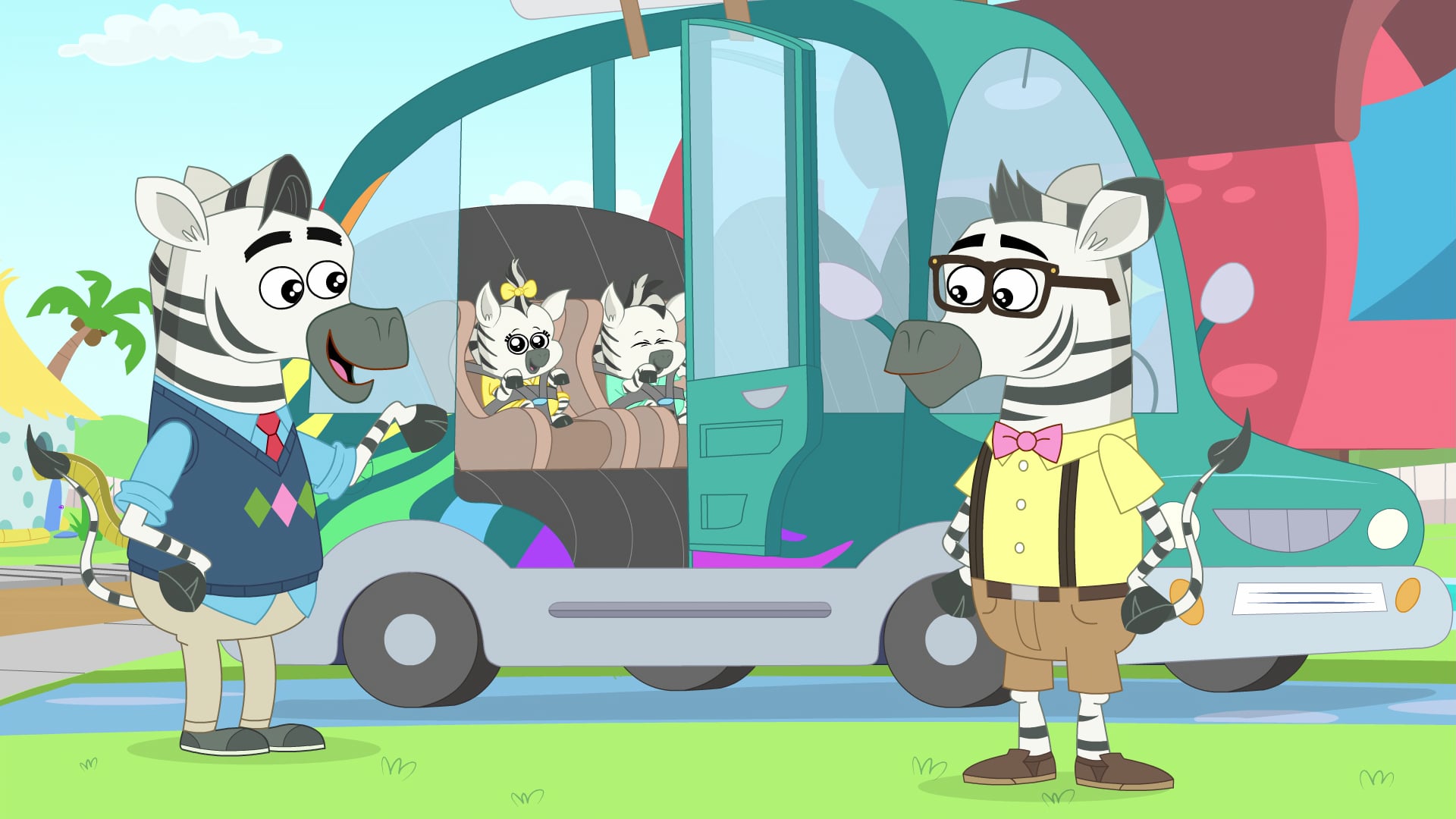 Netflix's adorable, anthropomorphic children's show Chip & Potato is spreading a message of LGBTQ+ inclusivity to young viewers with the introduction of Roy and Ray Razzle, two zebra dads who just moved into town with their twins Ron and Ruby. For anyone who's yet to catch an episode of Chip & Potato, the show follows the life of Chip, a young Pug dog in kindergarten, and her secret best friend, a mouse named Potato who acts as Chip's confidence booster when she gets into nerve-racking situations. After the Razzle family moves into town — in episode eight of season two — Chip and her family welcome the two dads to the neighborhood with open arms.

Already in its second season, the sweet series has subtly included other mentions of people with diverse backgrounds to better help children understand the world around them. For instance, Chip attends the Rainbow Forest School, where rainbows are prominently displayed all around. While they could have any meaning behind them, the rainbows hold an extra special meaning for children and their families who see the rainbow as a representation of LGBTQ+ pride. The school also includes gender-neutral bathrooms with identical side-by-side doors that feature matching rainbow toilet signage. All in all, the show's inclusiveness of different types of individuals and their unique family dynamics is refreshing, and we hope to see even more of it as the show continues on.

See a brief clip of Chip and her family meeting their new neighbors for the first time ahead.

Related:
The New Netflix Shows Your Kids'll Want to Queue in 2019 — Including Holiday Specials

Shout out to @netflix and the creator of the series Chip and Potato for showing a gay zebra couple 🙂💕🏳️‍🌈 My baby girl loves Chip and Potato! 🥰♥️ (Yes I put them in Spanish so she can learn Spanish lol) pic.twitter.com/jcaSBlCMKD