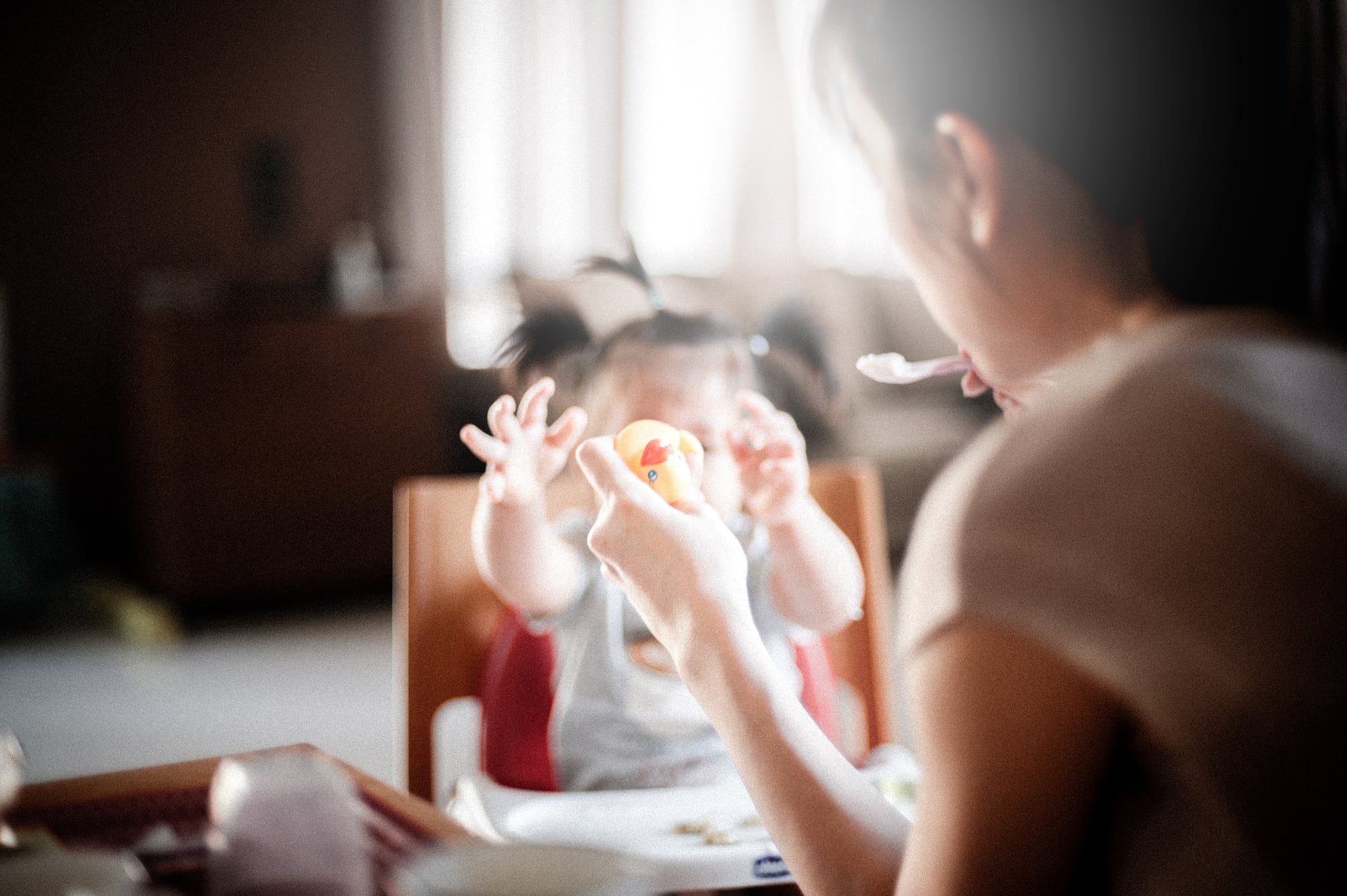 New parents want the very best for their kids, but chances are, they are unknowingly feeding them baby food that contains toxic heavy metals, and a new report has added onto the pile of scientific studies that show how it can hinder brain development.

"Our findings raise concerns, but on the spectrum from worry to action, parents can choose to act. While no amount of heavy metals is considered safe, less is better."

Reports of such contaminants being hidden within infant foods isn't even remotely new. It's been nearly a decade since reports revealed concerning levels of arsenic to be found in rice. Back in 2012, the American Academy of Pediatrics recommended diversifying baby's diet to reduce risks, and back in 2016, the Food and Drug Administration began creating limits on how much of the naturally occurring ingredient could be present in foods. And more reports keep coming. Earlier this very year, Consumer Reports announced that potentially harmful heavy metals were found in popular juice brands.

So, what are parents to do with all these repeated — and alarming — studies?

Up until recently, the AAP's long-standing recommendation was the gold standard. A diverse diet would keep from any of these metals from causing any meaningful damage.

But the Healthy Babies Bright Futures study gave "first-ever estimates of the population-wide decline in IQ from children's exposures to lead and arsenic in food, from birth to 24 months of age." It purported that "even in the trace amounts found in food, these contaminants can alter the developing brain and erode a child's IQ" and noted that it adds up with each meal or snack a baby eats.

Related:
I Want My Kids to Be Healthy, but That Doesn't Mean I'm Feeding Them Only Organic Food

According to Healthy Babies Bright Futures, parents can offer safer alternatives to their babies. The key takeaways from the report focus on introducing more of a nutritional variety and avoiding the most common culprits:

The study's tests indicate that these simple actions can help lower a baby's exposure to harmful heavy metals significantly: 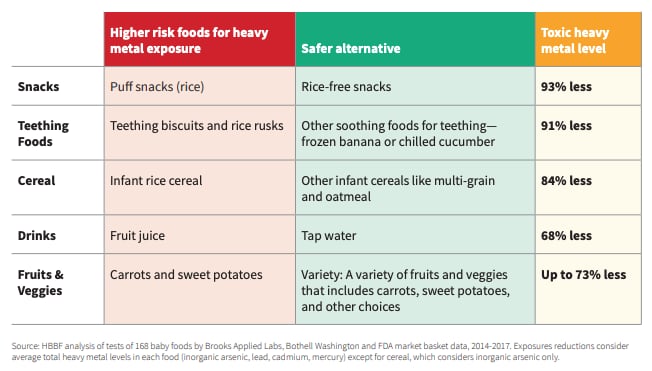 Still, the study cautions parents against panic and admit that this is only one of many elements that can affect a baby's development:

"Many factors can influence a child's IQ, from nutrition and genetics to environmental toxins," the report stated. "And many sources ratchet up children's exposures to heavy metals, from drinking water and old plastic toys to lead in dust from chipping paint and soil tracked into the house. Our findings raise concerns, but on the spectrum from worry to action, parents can choose to act. While no amount of heavy metals is considered safe, less is better."