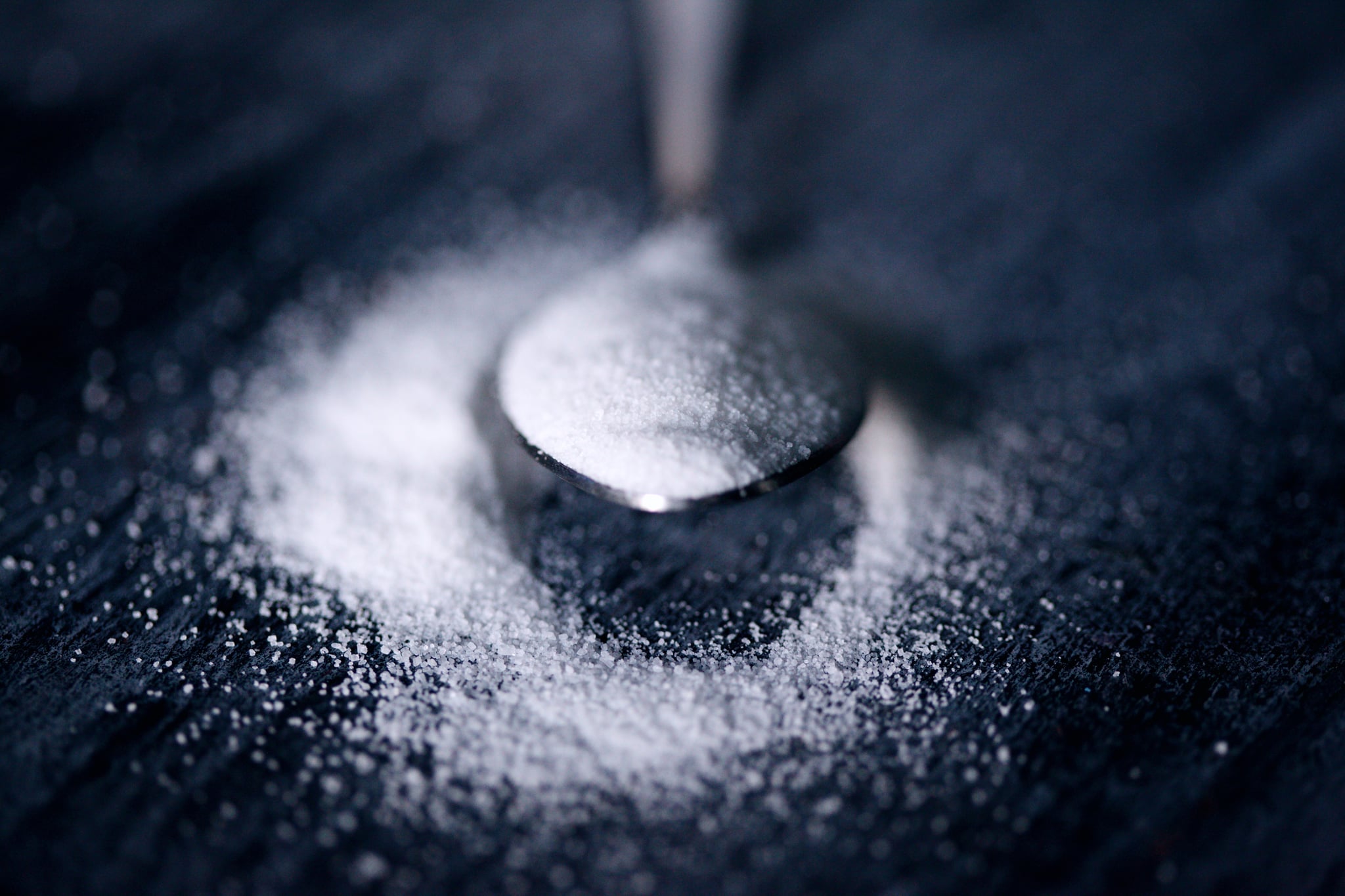 A new study from The Journal of Nutrition and Dietetics is shining some light on just how much added sugar toddlers and babies in the US tend to consume. According to the research, 98 percent of toddlers and one third of babies ingest added sugar in some form every day. This is particularly problematic because the American Heart Association recommended that children between the ages of 2 and 18 should only have six teaspoons of added sugar per day. As for little ones under 2? It's recommended they don't have any at all.

The lead investigator for the study and the program director at the Division of Cancer Control and Population Studies with the National Cancer Institute, Kirsten Herrick, said that parents absolutely need to watch their kids' sugar intake. "The consumption of added sugars among children has been associated with negative health conditions such as cavities, asthma, obesity, elevated blood pressure, and altered lipid profiles," she said in an interview with The Journal of Nutrition and Dietetics.

How to Tame Your Kid’s Sweet Tooth in a Snap

"Whether these associations exist for even younger children hasn't been studied," explained Herrick. "The aim of this study was to focus on one aspect of diet — added sugars and consumption among US infants and toddlers — that could inform the dietary guidelines."

Despite the recommendation that children under 2 don't consume added sugars at all, researchers found that on average, babies consumed a teaspoon of sugar a day, while kids between the ages of 12 and 23 months ingested around six teaspoons daily.

Although factors like income level and sex didn't affect the results, the study stated that sugar consumption did vary by race. "We did not find any differences in added sugar consumption by sex, family income level or head of household education," explained Herrick. "We did, however, find differences in added sugars consumption by race and Hispanic origin. For example, non-Hispanic Asian toddlers consumed the fewest added sugars at around 3.7 teaspoons a day. Non-Hispanic Black toddlers consumed the most added sugars at about 8.2 teaspoons a day."

However, the study did illustrate a silver lining: sugar consumption has decreased over the past five years in babies and toddlers. And while that's a good thing, Herrick cautioned that giving children sugar early in life could have long-term negative impacts on their diets as they get older. "Research has shown that eating patterns established early in life shape later eating patterns," she said.

Concerned about your child's added sugar intake? The Centers for Disease Control recommends limiting the following food items as far as your kid's diet is concerned: