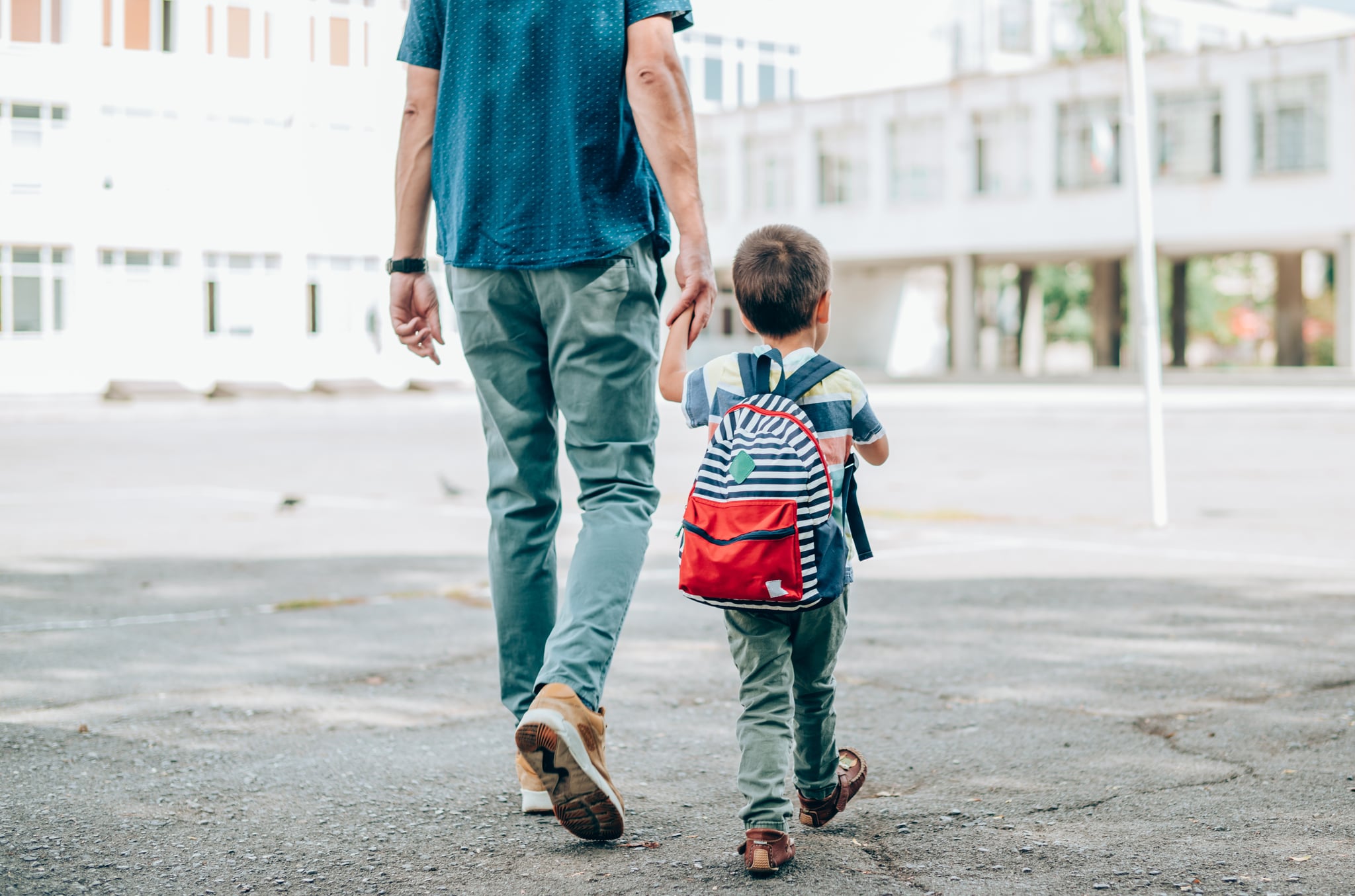 When I turned 30 a few years ago, I couldn't keep track of the number of people who felt compelled to tell me that "age is just a number." I personally have no issue with aging and see it as a privilege and another chapter to write and explore, but that wasn't the resounding sentiment. Instead I heard variations of this: 30 and still haven't written that epic novel? No worries, Stan Lee didn't write his first comic until he was just shy of 39, you've got plenty of time! I have difficulty with this concept, not because I feel like there's some great accomplishment that I need to meet, but because of the double standard that my son faces in terms of his age.

My oldest son has autism. I won't speak for every family of a child on the spectrum and, truthfully, I won't speak for my son either. I hope that one day, in his own words, he can share his thoughts, perspective, and journey if he so chooses. Until then, I'll share my experiences. At the end of January, we celebrated his seventh birthday. I've now spent seven years on the most exhilarating, exhausting, emotional, and inspiring journey. Whereas on my birthday, I was reminded of all the years filled with potential ahead of me, the same cannot be said for my son. Parents, guardians, and caregivers of children with autism have an immense amount of pressure placed on them in the early years of their child's life or diagnosis, as an ever-present countdown clock loudly ticks throughout their first five years.

What is so significant about five? Two words: Early intervention. The value of early intervention has been intensely emphasized, and, honestly, it mainly served to stress me out. I am absolutely not trivializing or downplaying the importance of this stage. I'm not rejecting the endless research or substantiated examples of how formative these initial years are or the potential within them to make a lasting difference. Whether it takes the form of family training/coaching or speech, play, occupational, physio, behavioral therapy, or any other prescribed or recommended method, it is undeniably critical. I'm not a doctor, psychologist, clinical director, or developmental pediatrician — I am a mom. I'm not here to disprove anything, I'm simply here to share one idea that I truly believe needs to be shouted alongside every mention of early intervention: Whatever age your city or state considers the cap on early intervention, isn't the end of the road.

Related:
7 Qualities My Son With Autism Has That I Wish I Had, Too

In our reality, early intervention ended at five years old, but for many, early intervention is only available for the first three years of a child's life. Think about who you were five years ago, or three years ago. Are you the same person? Have you grown in ways you couldn't have imagined because of the countless different paths you've taken? How have opportunities that you've missed or those that have been presented to you altered your course? How about how far your hard work this last half decade has taken you?

For years I was made to believe that once my child turned five, he would be "aging out." Let me be clear: there is no such thing.

For years I was made to believe that once my child turned five, he would be "aging out." Let me be clear: there is no such thing. Yes, he'd no longer qualify for early intervention programs, support, or services, but that just meant he would be moving to the next stage, in much the same way a child "ages out" of preschool and into primary school. I wish, even just once, someone had said this to me while I was advocating my heart out and worrying about each day in those first few years.

I first noted the signs when he was 9-months-old. It took almost a year of advocating, doctors appointments, and ruling out everything from hearing issues to vision impairments, before we were able to walk into the developmental pediatrician's office. Once he received his diagnosis at 22 months old, we immediately enrolled in every program, service, and support available to us. We were on the waitlist for the Ontario Autism Program for approximately 21 months. If you do the math, you'll see that once there was availability and funding for my son in these programs, he was already almost 4 years old.

So if he had a therapist that he didn't click with, I'd panic and try and figure out how much time we could devote to seeing this through, without eating up too much of the time he had left before the clock struck midnight on his fifth birthday. If a program wasn't working, if he wasn't meeting goals, if he hadn't progressed to the next level in terms of acquisition of activities of daily living or any of the many therapies he worked through, I'd feel myself starting to worry and wonder if we should shift our focus. All the while, I did my absolute best not to pressure him at all during this time. I wanted to give him the space to grow at his own pace with the knowledge that I would stand by his side, filled with unconditional love and pride, providing everything I possibly could to help him wherever he needed it.

The American Psychiatric Organization places the average age of an autism diagnosis at around 4. On average, they have found that the initial inquiry into possible signs of autism all the way to diagnosis takes about two years. And while the American Academy of Pediatrics recommends autism screening beginning at 18 months, only half of primary care practitioners follow through. Additionally, The National Institute of Child Health and Human Development states that a young child's brain is still forming, meaning it is more "plastic" or changeable than at older ages. Because of this plasticity, therapies have a better chance of being effective in the longer term. Early intervention not only gives children the best start possible, but also the best chance of developing to their full potential. The sooner a child gets help, the greater the chance for learning and progress.

Related:
We Have a Child With Severe Autism — Here's How We Keep Our Marriage Strong

Here lays one of the many conundrums parents and caregivers face. We are being told that these years are formative, that intervention will have a lasting impact and give our children the very best chance at thriving. At the same time, it can take two years to even receive a diagnosis and another two (and often many, many more) on waitlists to actually access these critical services. The average age for diagnosis (which can help to tailor programs and pinpoint goals) is a year older than the cut off for many early intervention programs!

For years I believed my son's sixth birthday would be a defining moment. Each therapy session and service accessed would no longer be in the name of early intervention. Each meeting, phone call, appointment, and specialist would no longer be a brick in the foundation for the rest of his life. We were no longer building the foundation, but rather, now it was time to start building on it. I won't speak for every parent of a child with autism, but I will tell you this is a conversation I've been a part of many, many times and it is how so many are made to feel. Where we live, a child under the age of 6 is given four times the amount of funding received by a child aged 6 and older for services and support. We were fortunate to have been able to advocate and have our son enrolled in whatever we could access from weeks after his diagnosis, but formal therapy wasn't able to begin until much later, given the waitlists and availability of programming. Having professionals impart the importance of the first five years, but then finding ourselves helpless in the face of reality was heartbreaking.

My son is so much more than just his age.

My son is so much more than just his age. He is now seven and I can tell you that in his first twelve months not considered "early intervention," he accomplished more than he ever has before. He grew, he thrived, and he made tremendous progress (during a pandemic no less!). I wish there had been even just one article giving me hope that potential doesn't end at five, much the same way that autism doesn't. Yes he is now seven, but he is so much more. He's an hilarious, bright, and loving little boy. He's an incredible big brother, who both of his siblings look up to and admire so very much. I'd be lying if I said there weren't still daily struggles and challenges, but he has also shattered expectations and overcome obstacles with hard work and endless perseverance. In the last six months, he has learned to communicate with us using an AAC device and can now show us that he understands us as well as sharing his opinions, wants, and needs.

He's seven, but he's also brave and strong, capable, and determined. He has never given up on me, despite all of the times I didn't understand what he was trying to relay. He has found ways to show his love, greater than any words could ever express, and his smile radiates warmth and joy unlike any other. Are the first five years critical? The answer is a definitive yes. But are the next five, and the five after that, and so on? Yes. If your child isn't diagnosed until they're 4, or 8, or 16, they will be OK. While they may need intervention and support services, they also need unconditional love and the reassurance that they are capable and their potential is not tied to their age. There are so many things that will try to limit our children as they work to thrive, to live independent and fulfilling lives to whatever degree they may be able to. We can't let the idea that after 5 or 18 it isn't worth the investment in their services or supports to ever take hold.