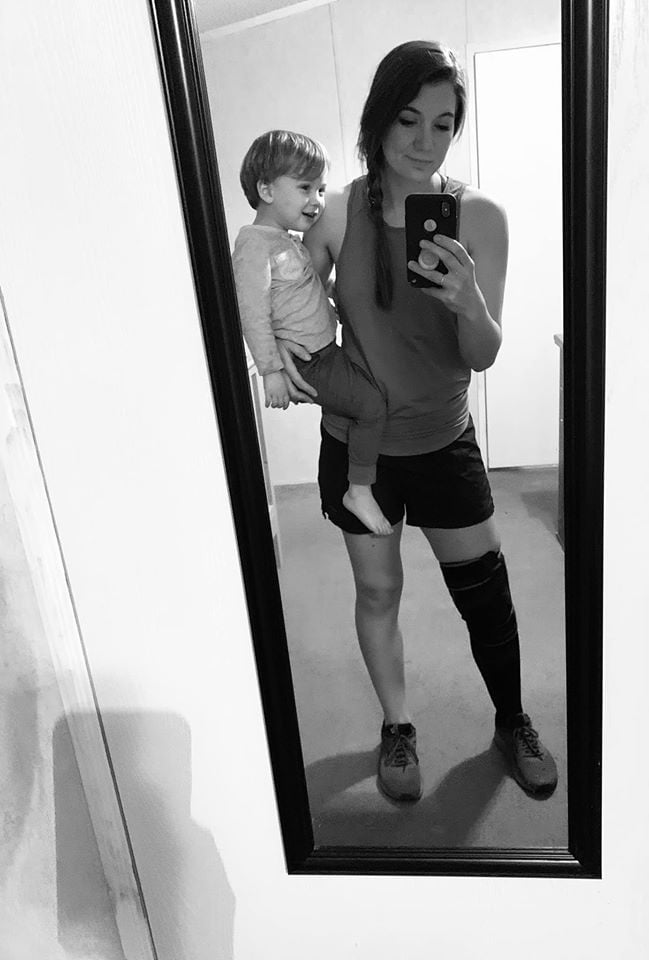 Whitney Ballard, a mom and writer, recently opened up about exactly what parents give up when they bring kids into the world. In a thoughtful Facebook post, she explained that while moms often discuss giving up big things, like their careers, they rarely talk about the little aspects of life they forgo.

"I used to run — I'd just decide, on a whim, to throw my earbuds in and run down my road — whenever I wanted," she wrote. "And even after I had kids, I'd load up the jogging stroller and pack snacks and cover them head-to-toe in extra layers if it were extra cold and I'd still run. And I still loved it. It was one of those things I really held onto from my pre-kid self until last week when a doctor told me 'it's best not to run anymore,' and just like that, I gave another little piece."

Related:
Being a Young Mom Has Its Challenges, but This Mother of 3 Wouldn't Have It Any Other Way

Although Whitney obviously listened to her doctor's orders, she couldn't help but feel like she'd lost a part of her identity. "Without a word, I gave up another little thing. I got a firm 'no' to this thing I really wanted. I could tell you about the joint issue that started when I was pregnant, but this isn't about me," she said. "This is about all the little things we do no one really talks about, no one really sees. We talk about the big things we give up — our careers, the way our bodies look."

"No one really notices how we truly give up every part of our daily lives, how we give up the things that make us US. I've said goodbye to a lot of opportunities. I've said goodbye to perky boobs and stretch mark-free legs. But THIS. It's one of MY things; we all have them. The things no one really notices are gone but us. The little pieces of ourselves we give away so passively when the world isn't looking. We can't complain, or even be vocal about it, because there's someone who has it much worse," she wrote. "'You'll be fine without XYZ.' It all feels sort of dismissive, doesn't it? That we're not allowed to look back or be upset because we're far too blessed to do that."

Obviously, Whitney wouldn't change her experience for the world, but she does want parents to know it's OK to miss the little things they gave up. "Would I give up this thing I love to carry my babies again? You bet I'd do it a thousand times over. Am I allowed to be sad anyways? Also yes. Because just know that tonight, there are mamas, parents, humans handing over little pieces of themselves that you know nothing about. Tonight, I handed another something over. Tonight, I give myself permission to mourn the loss of something I wanted in my life in exchange for something I want much more."