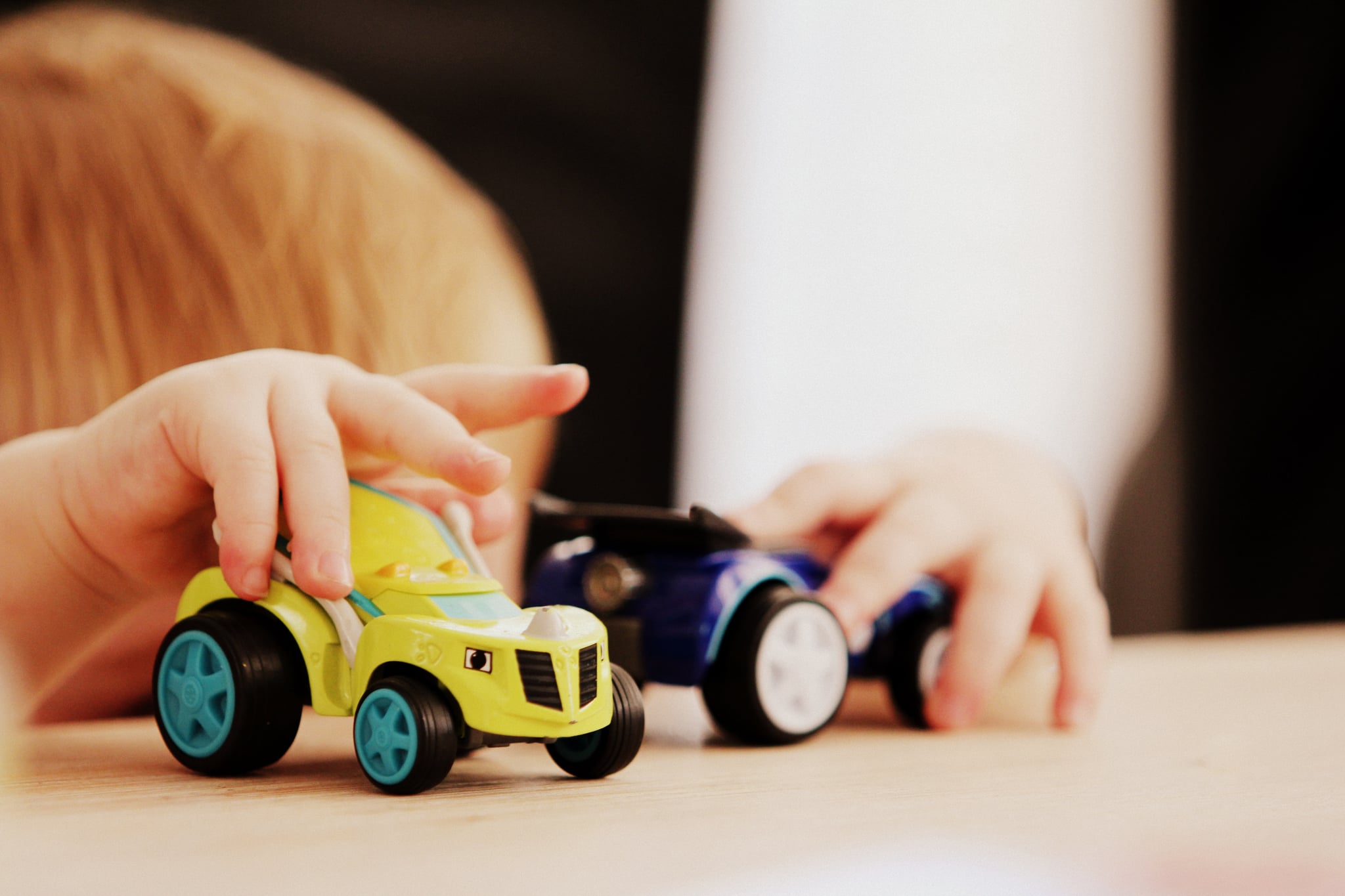 More than ever, parents are considering the limitations of gender stereotypes and how they affect children. Some are opting to raise their kids without a gender, others are trying to figure out how to give their transgender children the support they need, and most recently, some are examining how institutions might be promoting gender bias with toys, like the boy and girl Happy Meals at McDonald's.

As a '90s kid, I grew up under the impression that some toys are specifically for girls and others are for boys. It was perfectly OK for my sister and me to ask for a Bitty Baby for Christmas, but my younger brother was expected to ask for Hot Wheels and Tonka trucks. As I got older, my growing interest in sports and playing outside in the dirt labeled me a "tomboy," which I found strange. After all, I'm still very much a girl, I just didn't love dolls and all things pink.

While it's certainly not unusual for girls to enjoy being outdoors and enjoying toys that are traditionally marketed toward males, there was definitely a point in which I wondered if something was wrong with me. Why didn't I want to play with my American Girl Doll for hours? Was it weird that I didn't ask for Barbies like the rest of my friends? Truth be told, my parents didn't bat an eye at my requests. After all, some girls just don't like dolls; however, for little boys, it's clear that the expectation is a whole lot different.

Recently, I wrote a story about a little boy who played with a baby doll while his father was deployed. He specifically asked his mom for a doll while perusing the store shelves, and once he got it, he treated it like his baby. He took care of it like it was a human child, flexing his paternity muscle. Oddly enough, the reaction to the story was overwhelming. People lauded the mom for letting her son have the doll in the first place, congratulating her on going against the grain as far as toys are concerned. It's great that parents are heading in this direction, however, if toys were less gendered, there wouldn't be anything to applaud. Why do we feel the need to assign gender to toys in the first place? And why is there a very real double standard when it comes to little boys?

Boys shouldn't be forced to pick the Ninja Turtle action figure because it's traditionally for them. Girls shouldn't feel weird that they absolutely hate princesses.

According to a 2018 study in Gender Roles, parents have a huge influence over the toys their kids play with. At 5 months old, babies don't understand gender. But by a child's first birthday, boys opted for trucks, while girls still had no clear preference. Moreover, gender bias is a very real thing today, and unfortunately, kids will likely experience it in full force many times over the years, so why not nip it in the bud early on?

"We found that girls' toys were associated with physical attractiveness, nurturing, and domestic skill, whereas boys' toys were rated as violent, competitive, exciting, and somewhat dangerous," she explained. "The toys rated as most likely to be educational and to develop children's physical, cognitive, artistic, and other skills were typically categorized as neutral or moderately masculine. We concluded that strongly gender-typed toys appear to be less supportive of optimal development than neutral or moderately gender-typed toys."

Boys shouldn't be forced to pick the Ninja Turtle action figure because it's traditionally for them. Girls shouldn't feel weird that they absolutely hate princesses. There's nothing wrong with kids having multiple interests, and they shouldn't be made to feel less than for enjoying something that's traditionally geared toward the other sex. When it comes to play, getting creative with anything and everything should be normal for children. At the end of the day, toys are a part of what shapes kids into the adults they grow up to be. A little boy might have a powerful nurturing instinct, while a girl the same age may be obsessed with what goes into making a car engine start. And guess what? Both of these interests should be fostered, regardless of their gender.