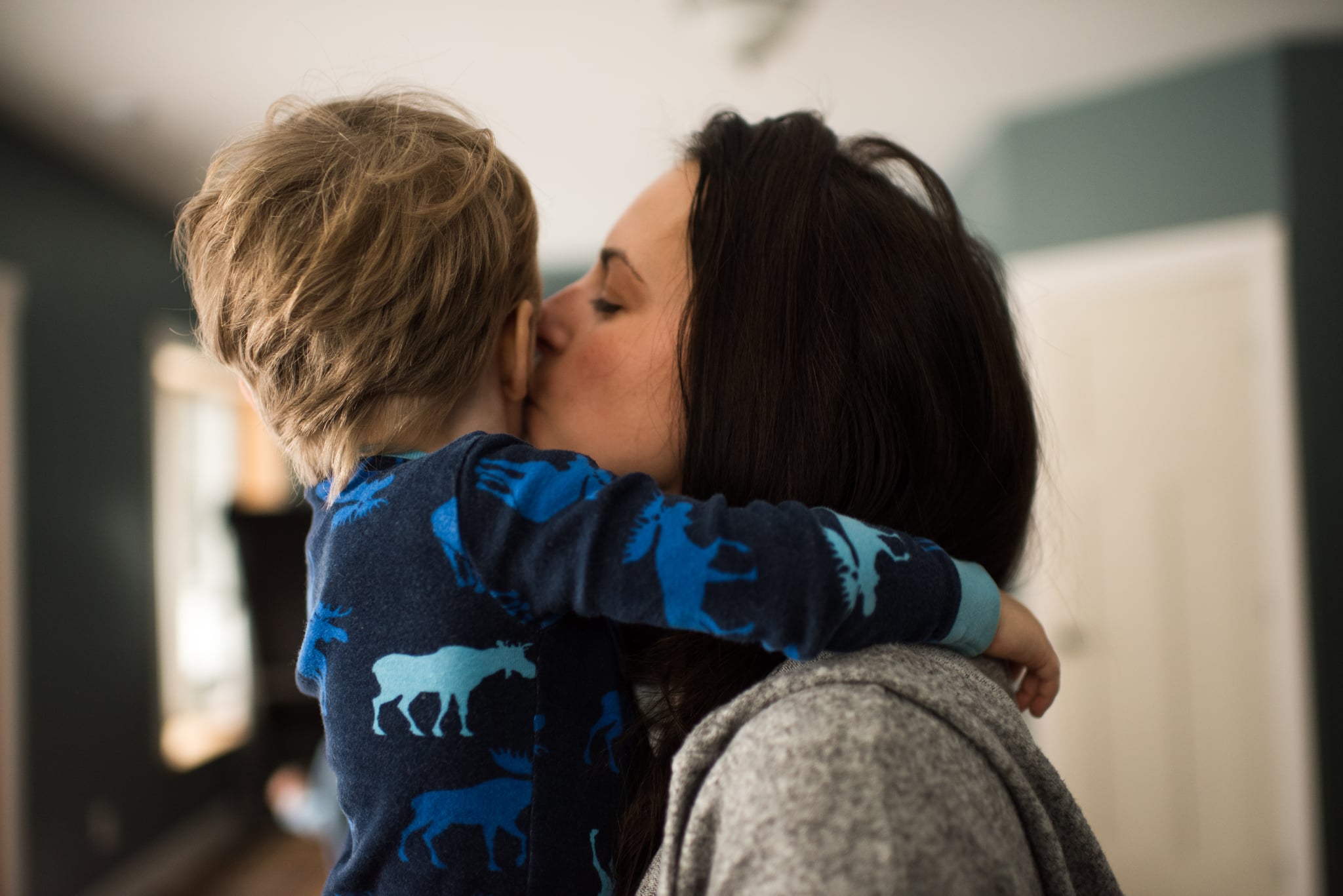 A few months ago, my 5-year-old son and I were out, and found ourselves in the middle of a conversation that had a profound impact on me. We were speaking with a very well meaning and kind gentleman, when he said something to my son that caught me off guard. He commented that it must be hard to have a brother that can't speak to you. You see, my 6-year-old, his older brother, has autism and is currently nonverbal.

This conversation surprised me for many reasons. For one, no one ever really takes the time to talk to my son about his brother's diagnosis. Even as surprising as that was, what had the biggest effect on me was how my younger son responded. He looked up with an expression of complete confusion, took a moment and then proceeded to ask what this man meant. "Of course my brother talks to me. Just because he doesn't speak doesn't mean he can't talk to me. He uses his PECS (picture exchange communication system) and his iPad and shows me what he wants and does lots of other things."

"Of course my brother talks to me. Just because he doesn't speak doesn't mean he can't talk to me."

From the time my oldest was 9 months old, I could see the signs. It took almost a year of advocating to get him on a waitlist for an assessment. At one point he did have emerging language. He could say, "Dada," "Mama," and "dog," among other words. Over time his ability to say new words slowed down and then he stopped speaking altogether. He saw audiologists and a slew of other specialists, and after months of various assessments and sessions, just months shy of his second birthday, he was ultimately diagnosed with autism.

We immediately enrolled in every early intervention program we could, from play groups to city programs. He has had speech therapy in one form or another since he was 2 years old (and it continues to this day, 5 years later and counting). He's used a variety of modalities to communicate, from signing, to PECS, to more recently, augmentative and alternative communication (AAC) in the form of language acquisition through motor planning (LAMP) on an iPad.

I've always been hesitant to address this but I recently shared a vulnerable post on my Instagram feed about why this conversation bothered me that sparked responses which showed me how critical it is to talk about these issues. Every single step of this journey I have given my complete all to advocating for my son. All I have ever wanted is for him to feel seen and heard, to give him every opportunity to live an independent, fulfilling life. A life filled with dignity, to know he is loved just as he is, and to give him whatever tools and support necessary to ease the challenges he faces every single day.

I'm also his front line. I bear the brunt of the questions and comments from others. I know these conversations come from a place of love and concern, but I've always been too preoccupied with offending anyone to really speak up. I've said it before and I'll say it again — I won't speak for every parent of a child with special needs, but in terms of our journey, I'm happy to address questions. Having said that, I do feel it is important to shed light on the fact that there are certain questions that can be insensitive and aren't constructive.

For instance, there are times when I'll share about our son's progress at school. Please don't ask if this means he's closer to speaking.

If I share that we are thrilled with his team of multidisciplinary therapists that come together to create plans and programs for him, please don't ask me if, in their professional opinion, they have a timeline for when he'll eventually be able to speak.

If I share that he's gaining confidence in his ability to communicate, whether through his PECs or LAMP, gestures or any other method, please don't ask how much longer until you'll hear him speak.

These aren't answers that anyone has and, frankly, they detract from the progress he's made and the confidence he's gained through so much determination and hard work.

He may speak one day or he may never, but he already has a voice, he has thoughts and emotions and opinions to share, and the only goal is that he is able to effectively communicate in one way or another. While we love and appreciate the interest and concern, what we need is the certainty and reassurance that regardless of his ability to verbalize what he wants to express, you love and respect him. Unconditionally.

Related:
My Older Brother Has Autism, and Our Journey to Friendship Hasn't Always Been Easy

Just because he doesn't verbalize his thoughts or questions, that doesn't mean that he doesn't understand what's being said about him or around him. He has and continues to work so hard to hone his receptive language skills. I'll never forget the first time he expressed his frustration with being spoken about. My brother-in-law and sister-in-law had invited us to their home to celebrate a holiday. Since we'd be staying for a few days, we wanted to be as open as possible about what a typical day could look like for our family. We wanted them to feel informed and address any questions with our nieces and nephews beforehand (so that if he became overwhelmed, we could focus on our son in the moment and he didn't have to worry about anyone staring or asking questions).

Just because he doesn't verbalize his thoughts or questions, that doesn't mean that he doesn't understand what's being said about him or around him.

As we explained what a hard day could look like, he started to yell and did whatever he could to interrupt. When we'd stop talking about it, he would stop. When we'd pick up the conversation again, so would his behavior. When we realized he didn't want us sharing these details, we immediately stopped and worked to find a better way to prepare. For one second, imagine sitting in a room where everyone is talking about you but no one is including you in the conversation.

So what can you say? What can you ask? And please, still do ask questions and try. Make the effort to understand because that means more than I can explain. You can always ask how best to communicate. While you may be sensitive to the fact that they can't speak to you, they're aware that you don't know how to communicate with them, and that's what you can focus on. You don't have to learn sign language or LAMP, but taking simple steps, like minimizing the number of words in your sentences, will help them from becoming overwhelmed. Limiting open-ended questions and replacing them with questions that require a yes or no answer is helpful, more accommodating, and will encourage more interaction. Give space and be attentive to cues and gestures they may use to express themselves (pointing, waving, attempting to lead you somewhere). Recognize that they understand almost everything you're saying and you're the one who doesn't understand what they're trying to relay.

In all of these ways, you will not only be making an effort, but you'll also be showing respect. My son, specifically, has worked tirelessly from the age of two to learn how to communicate. He is incredible and his strength and determination leaves me in awe every single day. You may have noticed at the beginning of this piece, that I used the word "currently" in relation to his being nonverbal. I say that because I truly believe that my son is capable of everything and anything and will never place limits on what he may be able to do or achieve. Having said that, if my son is never able to verbalize his thoughts, that won't make him any less of a person. He has found ways to communicate that are beyond the power any spoken words could ever carry. I only hope that he always feels and seeks the same connection and understanding with us that we will forever feel with him.