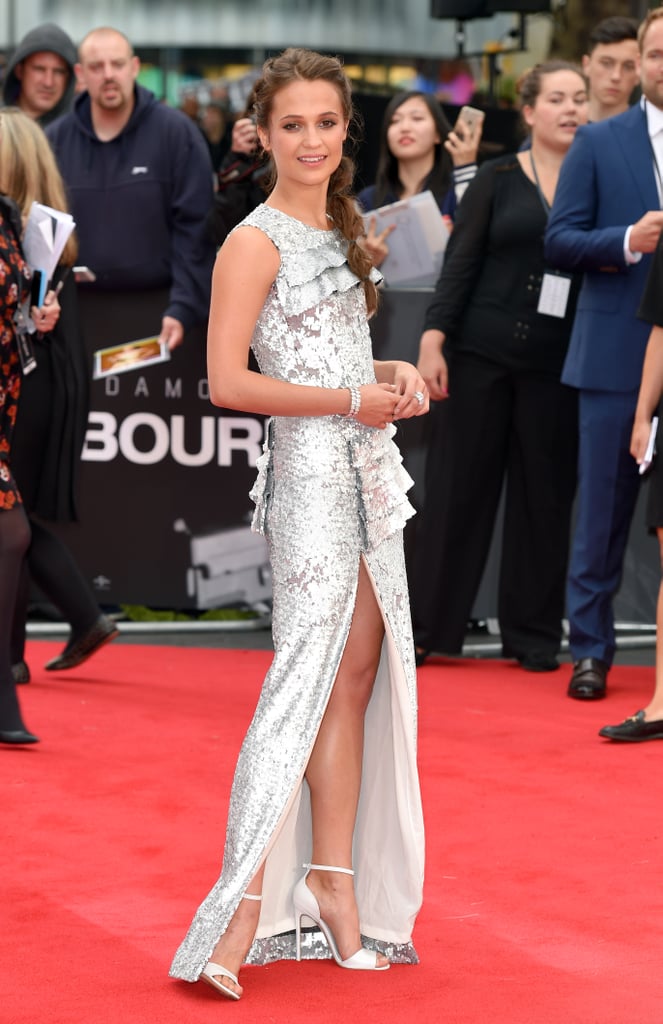 Alicia Vikander May Be an Actress, but She Looks Like a Freaking Supermodel on the Red Carpet

It's highly likely Alicia Vikander is on your radar by now. The Swedish actress starred as Eddie Redmayne's wife in The Danish Girl but may also be familiar to you from her role as A.I. Ava in Ex Machina, or perhaps her roles opposite Kit Harington in Testament of Youth and Henry Cavill in Guy Ritchie's The Man From U.N.C.L.E. Now she's promoting her new movie The Light Between Oceans, and you certainly can't miss her when she steps out.

Alicia's as big a sensation in the fashion world as she is in film. Since her red carpet debut, she's developed an unrivaled style, combining daytime boho chic with high-octane evening glamour. A fan of printed day dresses, Alicia has no fear, mixing them up with daring leather boots. A firm favorite with Louis Vuitton, she was named as a face of the brand, but she's also taken a fancy to Chanel, Proenza Schouler, Rodarte, and Stella McCartney. To see just how much high fashion one girl can wear, take a look at Alicia's best fashion moments to date.

Gigi Hadid
Outfit Obsession: I Could Lounge Around in Gigi Hadid's $50 Tank Dress All Day Long
by Sarah Wasilak 16 hours ago