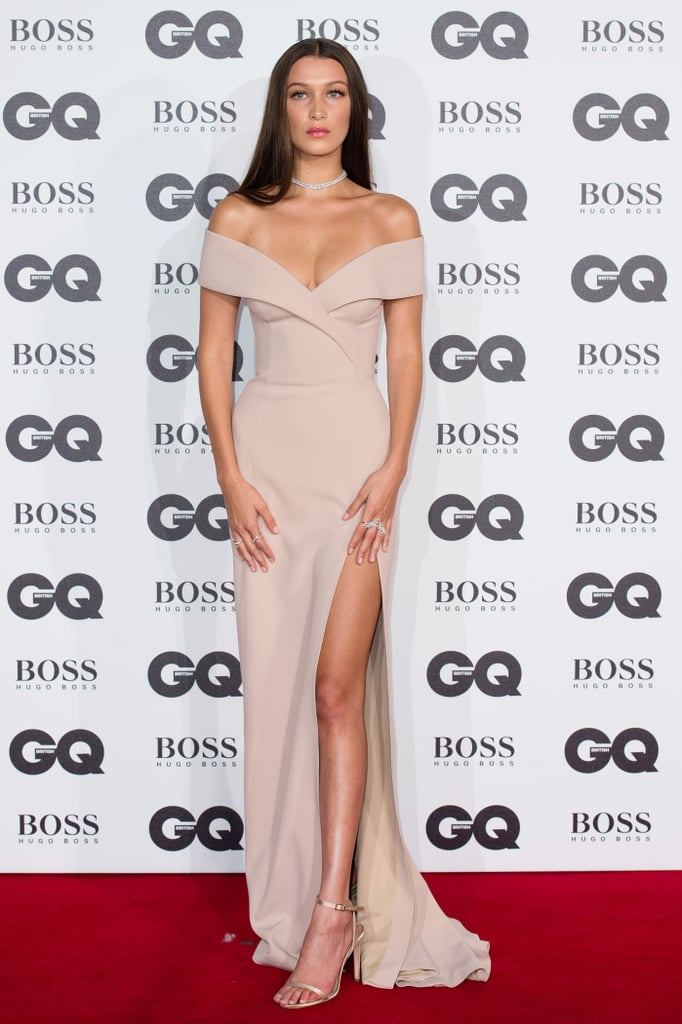 In just a few short years, Bella Hadid has made a major mark in the fashion world. She has strut her stuff down a handful of runways, starred in huge campaigns and magazine spreads, and always shows up — anywhere and everywhere — in a look that later inspires our own. But when the model walked the red carpet at British GQ's Men of the Year awards, we could hardly believe our eyes. There, in a leggy, off-the-shoulder Hugo Boss dress, was Bella, in possibly the most glamorous look she's ever worn.

Between the flawless design and the dazzling jewels she paired with it, Bella looked like someone straight out of Old Hollywood. Scroll through to see her look in full, then check out some fashion lessons we've learned from the star.

Sarah Hyland
Sarah Hyland and Wells Adams Made the Most of Their OG Wedding Date in "Mr." and "Mrs." Face Masks
by Sarah Wasilak 16 hours ago

Fashion Designers
The Looks in Cardi B and Megan Thee Stallion's "WAP" Video Are Certifiably Chic, 7 Days a Week
by Brea Cubit 1 day ago