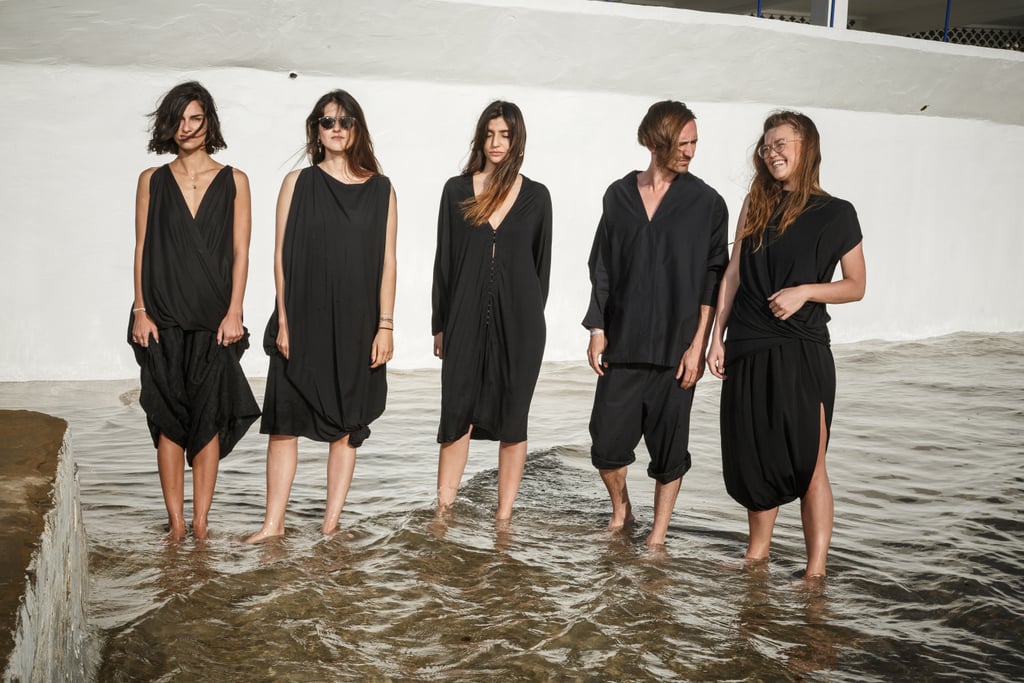 Sarah Hermez has a habit of making things difficult for herself.

"I was always good at putting myself in uncomfortable situations because I've always moved a lot," she said from her apartment in a fashionable neighborhood of Beirut, Lebanon, which she shares with her husband and their two dogs. "Even if I'm scared, I'm the type of person to dive into it." It's this tenacity that led the the Kuwait-born, Lebanese-blooded Parsons graduate to push for reform in the Middle East with her free fashion design school, Creative Space Beirut. Since its inception in 2011, three students have graduated, and another 11 are currently under Hermez's tutelage. All of them, she hopes, will go on to pursue successful careers that will bring Lebanon's community of designers to international acclaim.

There was a different — and probably easier — path that Hermez could have taken. Like many of her fellow Fashion Design alumni, Hermez graduated from Parsons School of Design (as well as Eugene Lang the New School for Liberal Arts) in 2009 with every promise of her own glittering career ahead. But study-abroad programs during her time at Parsons had taken her to an orphanage in Cambodia and into the company of Tibetan refugees in the Himalayan foothills of northern India. After that, social justice shaped the future she saw for herself — and she struggled to understand how to align her creativity with a worthy cause. "Those experiences made me stop and question what work I wanted to do with my life and where I wanted to give myself," she explained. "I didn't want to enter the fashion world to make clothes for rich people. It just didn't make sense to me."

True to her word, she has spent the past five years carving out another path from the flocks of fledgling fashion designers in New York City — a hard, uphill hike, devoid of road maps, and with only her own intuition to guide her. That path is Creative Space Beirut, a school in Lebanon's cosmopolitan capital that offers free fashion design education to talented designers who lack the resources to study otherwise. Under her guidance, Hermez's students craft one-of-a-kind pieces throughout the year that are then sold in annual exhibitions; to date, nearly $100,000 has been raised for the school through the sales of the students' pieces alone. One day, Hermez hopes that Creative Space Beirut will rival her alma mater.

Throughout it all, she's had Caroline. A professor of fashion design at Parsons, Caroline Simonelli had been Hermez's senior thesis teacher in her final year. With five decades of industry experience under her belt and a flamboyance that can captivate just about anyone, Simonelli is beloved by many. But for Hermez, the connection went deeper.

"The first day of class everyone sat around and introduced herself," she remembered. "Caroline said a word in Arabic, then said she was Lebanese. All of a sudden, she just felt like home. I don't think she had a choice — I just stuck to her like bubblegum."

One afternoon, she and Simonelli sat together as Hermez talked through her conflicting ambitions. Out of nowhere, Simonelli suggested, "Why don't you start a school?" It was, Hermez confided, "a lightbulb moment."

"I went to a cafe and started writing this proposal down — the mission, the vision. I was super enlightened," she said. "I felt like that's what I was meant to do." Hermez, keenly aware of the opportunities that her own education enabled, had been disheartened by the elitism of the fashion industry, describing it as a privileged career path afforded to those with the means to pay for it. A free fashion school would broaden the pool of young designers. "It's not about talent anymore, it's about whether you can afford to go to design school," Hermez said, sighing. "It means that a majority of the talent is left out of the community because they can't afford this platform."

Simonelli had already promised to teach; shortly after, a friend who worked at Urban Zen, Donna Karan's luxury lifestyle brand, pledged $100,000 of fabric to the idea. A casual conversation had transformed into a feasible plan. "I had the teacher, I had the fabric, but now I needed to make it happen," Hermez said.

And so she returned to Lebanon. Although it was technically her home, she'd never lived there, and after attending American school in Kuwait, her Arabic was rusty. But Lebanon — a small country on the Mediterranean that had been crippled by a devastating 15-year civil war — was "a country that needs a lot of work." More poignant still, it was an opportunity for Hermez to understand her own heritage. "If I was going to give myself to something, why not the country that I was from," she said. 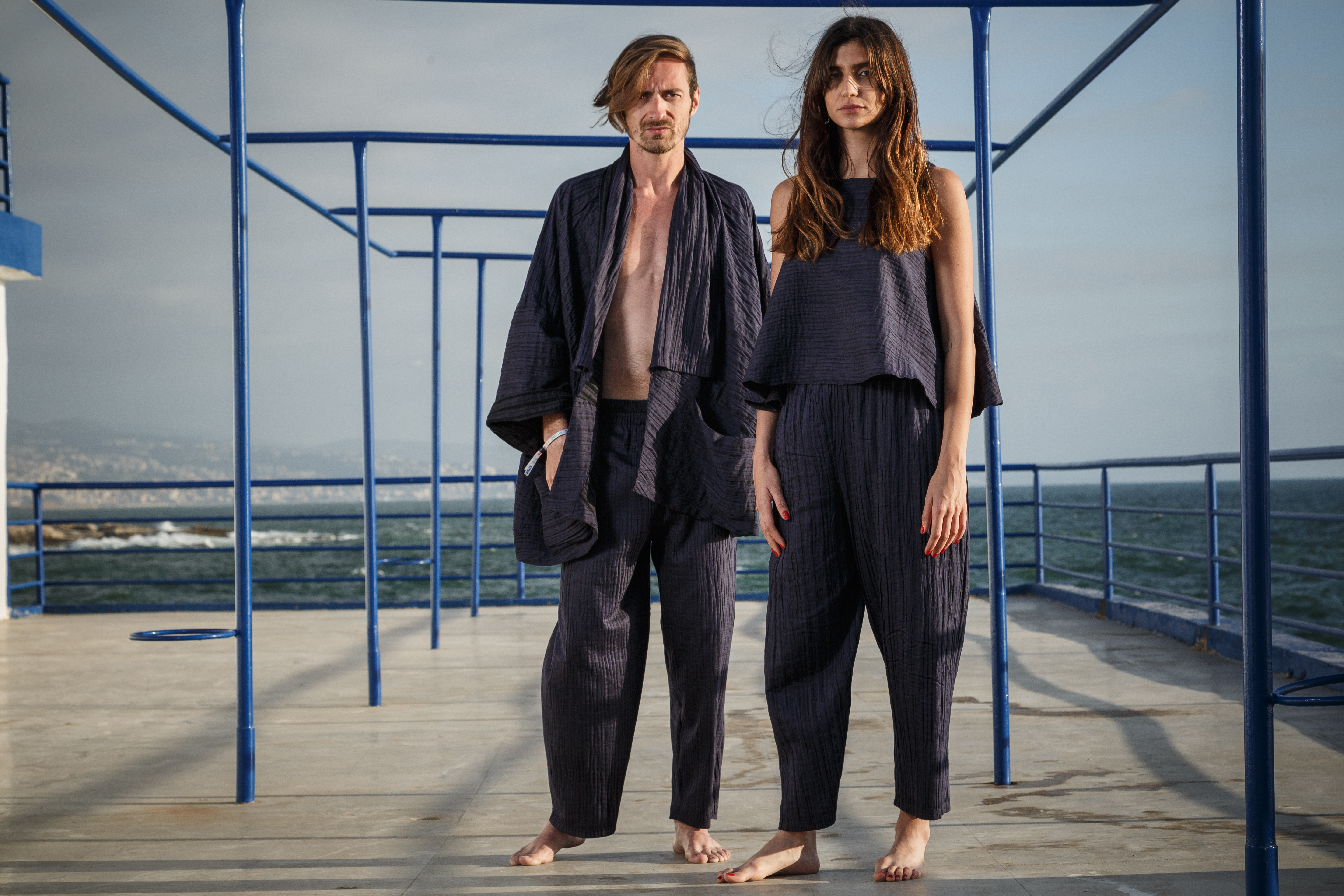 After Hermez's father agreed to fund the three-month pilot project, there was one stage left before her school became a reality. "I had the teacher, I had the fabric, I had the funds — but now I needed the students," she recalled. "You can't start a school without students." Filled with idealism, she began knocking on doors — in refugee camps, in women's centers. Many of the young people she met with had been sketching since they were kids. It was clear that the raw talent was there. Now she just had to convince them to attend a free design school — in Beirut, without formal accreditation, and led by a 24-year-old.

"The way I approached them and sat with them — we sat and had coffee together — it's like forming trust between you and the family," she said. "I was very passionate and . . . I think that was attractive. In Lebanon, there's a lack of passion. A lot of Lebanese people want to leave the country and have a sense of hopelessness to them. Because I didn't grew up in Lebanon, I came wanting to change it."

Looking back now, she admits that she was naive. But it was that inexperience that propelled her forward, seeing only possibilities where others saw despair. "There were no walls in front of me at the time — it was just pure light," she said.

On June 1, 2011, Creative Space Beirut opened its doors to five female students of Lebanese, Palestinian, and Armenian descent. Simonelli had flown in from New York, a reassuring voice of wisdom that kept Hermez calm amid the chaos. "We were literally working in a cave and there was no AC," Hermez remembered of that first sticky Summer. Tables were propped up on rocks; two home sewing machines, a couple of rented dummies, and swaths of fabric were provided. "It was pretty raw," she added. "I didn't think about it until two days before when I went into the cave and thought, 'What am I doing bringing people from refugee camps to this cave?'"

Three months later, the students had crafted 30 dresses. At an exhibition in August, every single one sold for a staggering sum of $17,000.

It was a euphoric moment — with a crashing aftermath. Simonelli returned to New York to teach the Fall semester, and Hermez was left with five wide-eyed students, each one looking to her for guidance. "So then I became an alcoholic . . . " Hermez quipped, bursting into laughter. "I'm kidding. I'm kind of kidding." She paused to think. "After that, I lost all confidence. I felt a huge responsibility and I didn't want to disappoint the students. I wanted to give them something creditable."

Faced with hardship, she did what she always does: she dove straight in. In the years since those astonishing first months, Creative Space Beirut has blossomed into a design school that mirrors the frenetic pace of the fashion industry. Simonelli returns once a year to lend her expertise, while local and international designers volunteer their time to teach courses. Others in the creative community show their support by helping with photo shoots and lookbooks.

"I can honestly say these students know more than when I graduated," Hermez said. "Because we're not accredited, we can just take whatever opportunity comes our way. It's very interdisciplinary; they're sketching, they're draping, they're pattern-making."

The hard work has paid off. When Creative Space Beirut took part in a design competition sponsored by Persil, two of its students nabbed first and second place, winning trips to Italy and France. Another student was recently accepted at a master's program in fashion design in Milan. Despite moments of self-doubt, Hermez acknowledges that these victories gave her the confidence that she was "doing something right."

"The vision is so big that I feel like it's still so far away," she said as she explained her plan to expand into a free school for creative studies across all boards. Alongside her mentoring responsibilities, Creative Space Beirut produces several fashion labels in addition to the students' collections: CSB, a one-size-fits-all eponymous collection of comfortable clothing in beautiful fabrics that donates 100 percent of its profits back into the school, and Second St., a for-profit sister collection of playful shirts that donates 30 percent. It's a resourceful way to sustain the education of her students — and for some, the labels offer employment after graduation.

Education, Hermez hopes, can transform the fortunes of Lebanon. Beautifully crafted clothes may be the building blocks to do it. But Creative Space Beirut cannot rebuild a country alone. She needs help from the government, from other designers, from consumers with buying clout who must make the choice to shop locally.

"I'm hoping that a solid community arises where it's about helpfulness and sharing and working together vs. individualism and one's own success," she said. It's a bold dream — but she's ready. "I'm not someone who gives up quickly," she admitted, laughing. 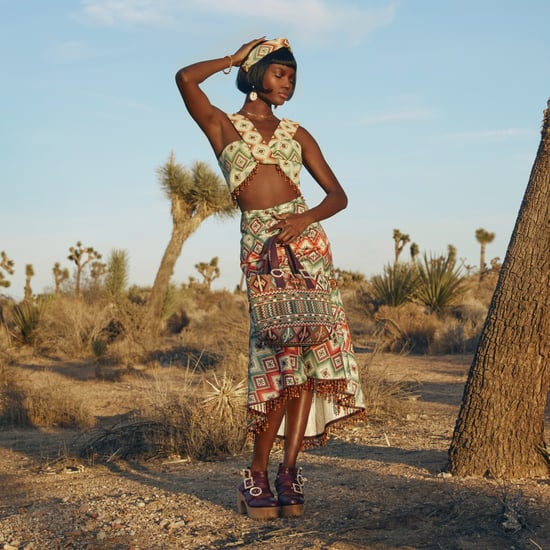 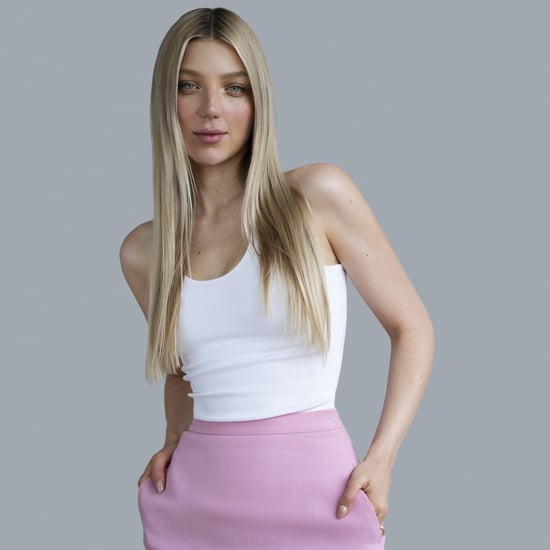