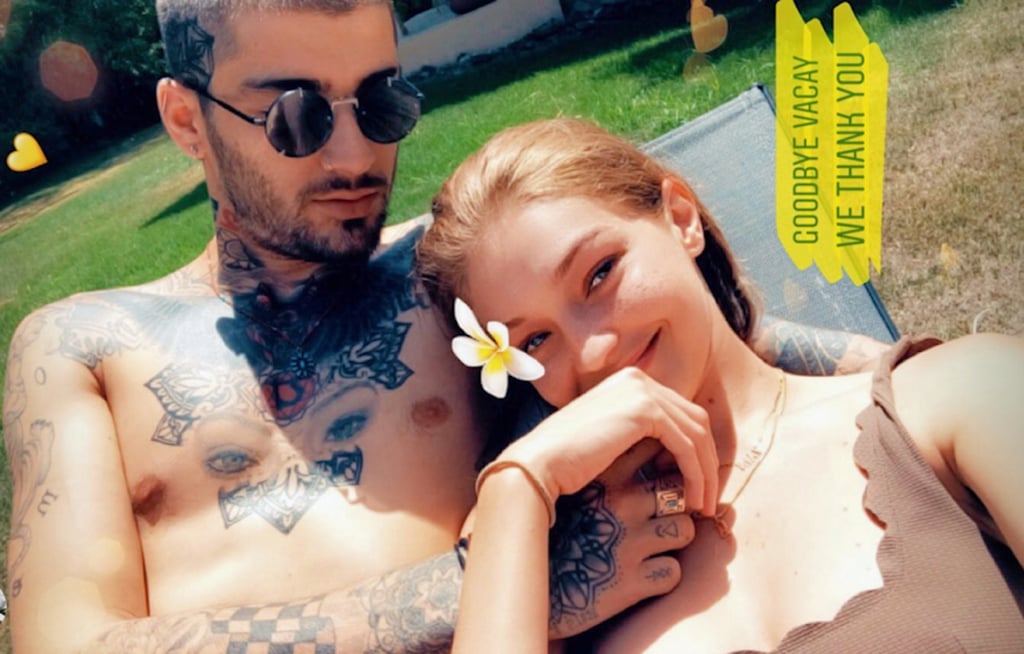 Gigi Hadid does not post bikinigrams often, but when she does, you can bet they're impeccably staged and adorable — especially when she's on vacation with boyfriend Zayn Malik. While they've been keeping relatively quiet on social media, Gigi wrapped up her getaway with a romantic post of her and the BF (who sported Vera Wang sunglasses) lounging poolside. Immediately, we knew what swimsuit she was wearing based on the signature scallop detailing and darting alone: the Marysia Palm Springs Top ($137) and, presumably, the Santa Monica Briefs ($148).

In the past, Gigi has tended towards high-rise cuts and two-pieces over maillots, but this particular shade is one that we don't own, and, in short, it's exactly what's missing from our drawer. A neutral tone will amp up your natural glow, so there's no better time to slip into a chocolate or coffee-colored design than right before you jet back home. Read on for a second glance at Gigi's snap, then shop her exact look along with similar options we found, all big on texture and just the right temperature.

Celebrity Instagrams
Michael Strahan on Being a Black Man in America: "The Color of Your Skin Makes People Scared of You"
by Yerin Kim 20 hours ago 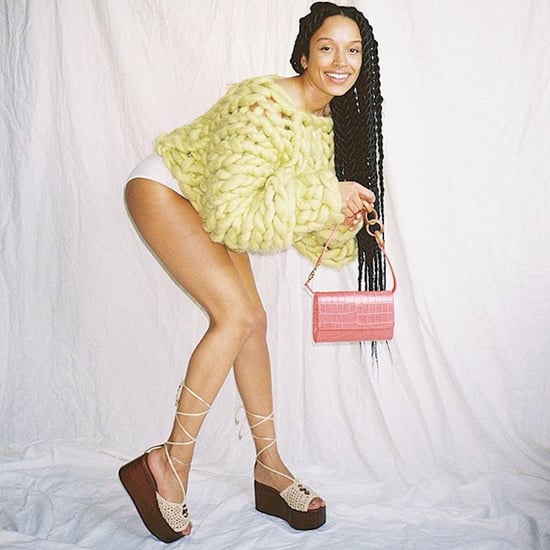 Billy Porter
Billy Porter on White Privilege, the Trump Administration, and Being a Black Man in America
by Chanel Vargas 1 day ago