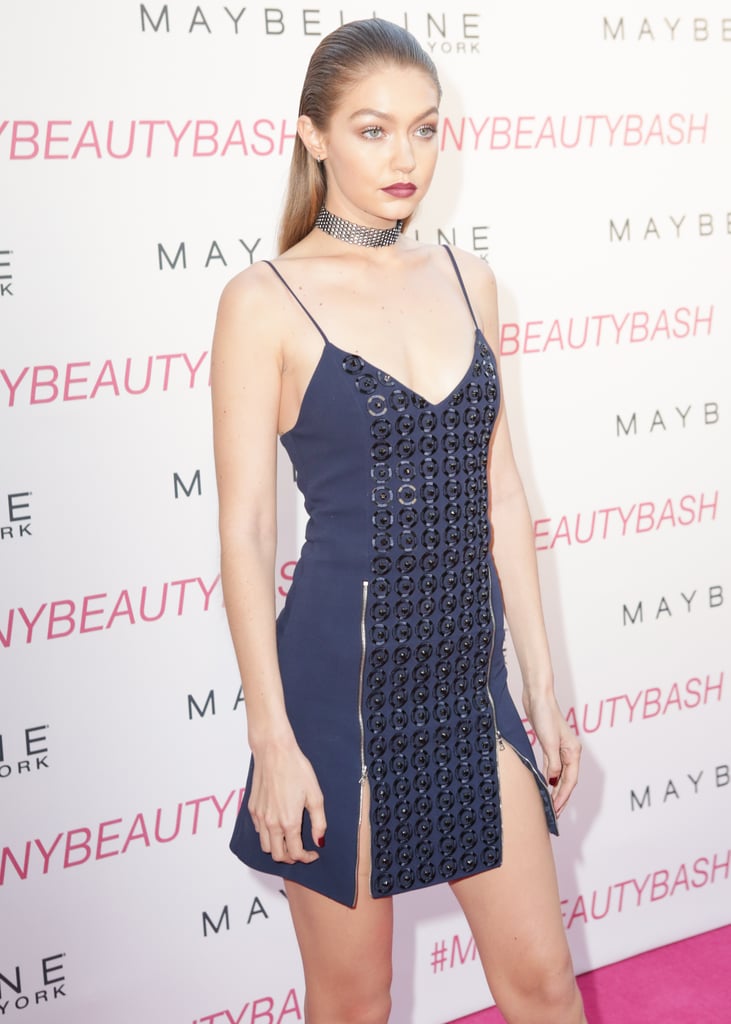 Leave it to the supermodels to be the first to debut new trends on the red carpet. Just weeks after Bella Hadid showed off a daring leg slit at Cannes, her sister Gigi hosted Maybelline's LA Bash in the modern alternative. While Bella's thigh-high cut was jaw-dropping, Gigi's David Koma look was playful-meets-edgy, featuring two zippered panels at the hem that invite the wearer to pull them as high as she likes.

Gigi's not the first to slip into a number like this one — Karlie Kloss wore a similar style from the London label on The Tonight Show too, convincing us the sexy little detail has a lot of staying power. Read on for an all-angles glimpse at Gigi's dress, which she accessorized with two-toned pumps, dainty Eva Fehren earrings, and a crystal choker. 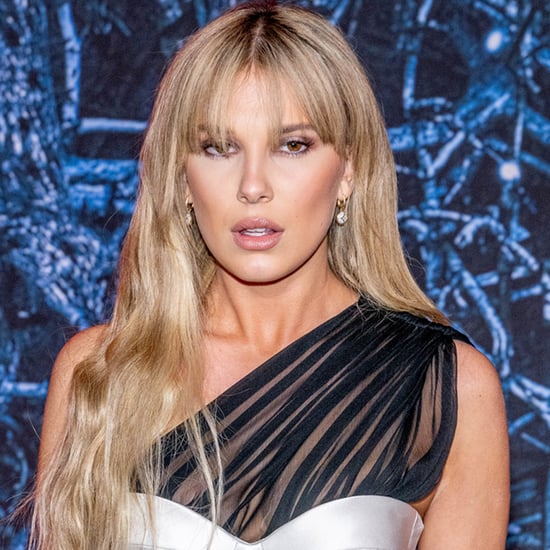