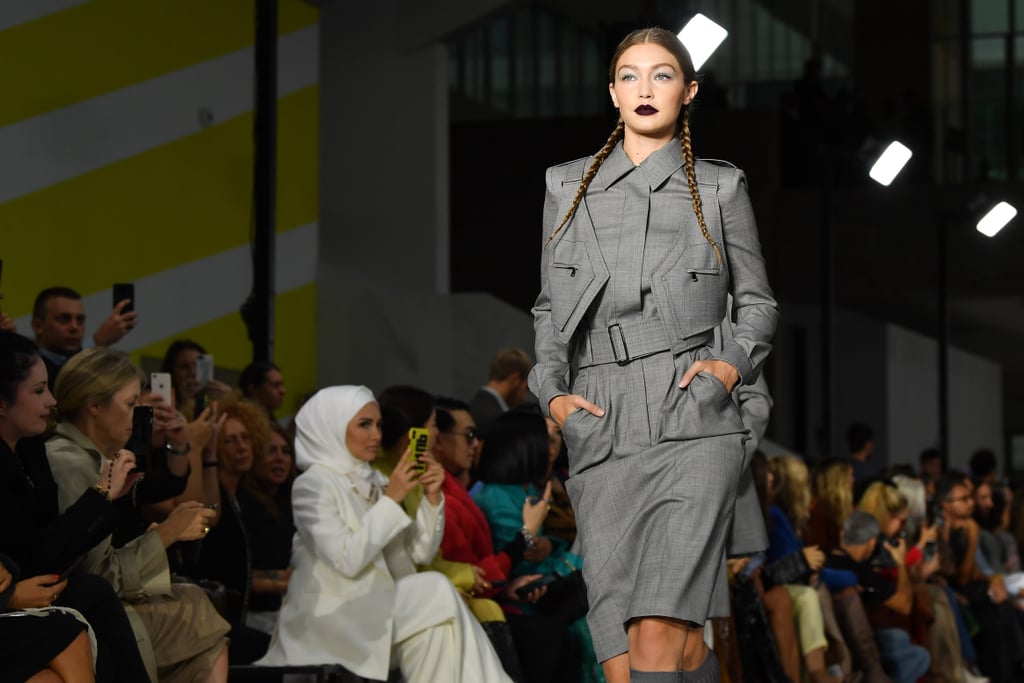 Gigi Hadid has been in top form throughout Fashion Week, and whether she was hitting the runway or the sidewalk, each look was more showstopping than the last. Now in Milan, she's wasted no time in stomping the runway at some of the biggest shows. In London, she made one very memorable appearance, walking the runway at Burberry alongside her sister Bella. In New York, she stole the show in a shimmering silver '70s-inspired look at the Tommy Now show, hit the runway at Tom Ford in a sexy asymmetric look, and took center stage at the Ralph Lauren show as she walked through the glamorous art deco setting wearing an androgynous tailored look topped with a silver-threaded coat. Her final show in NYC, Marc Jacobs, saw her saluting the audience while walking barefoot in a pale blue dress.

But we are equally enamored with the more laid-back looks Gigi's been sporting between shows. She made loose, tailored pants the look of the season, showed off her love of monograms, and even found time to attend the US Open women's finals — just like Meghan Markle — wearing a chilled-out denim look. Keep reading to see all of Gigi's Fashion Week moments so far.

Margot Robbie
Fashion Hack From Margot Robbie: An AirPods Case Can Double as a Purse
by Victoria Messina 3 hours ago