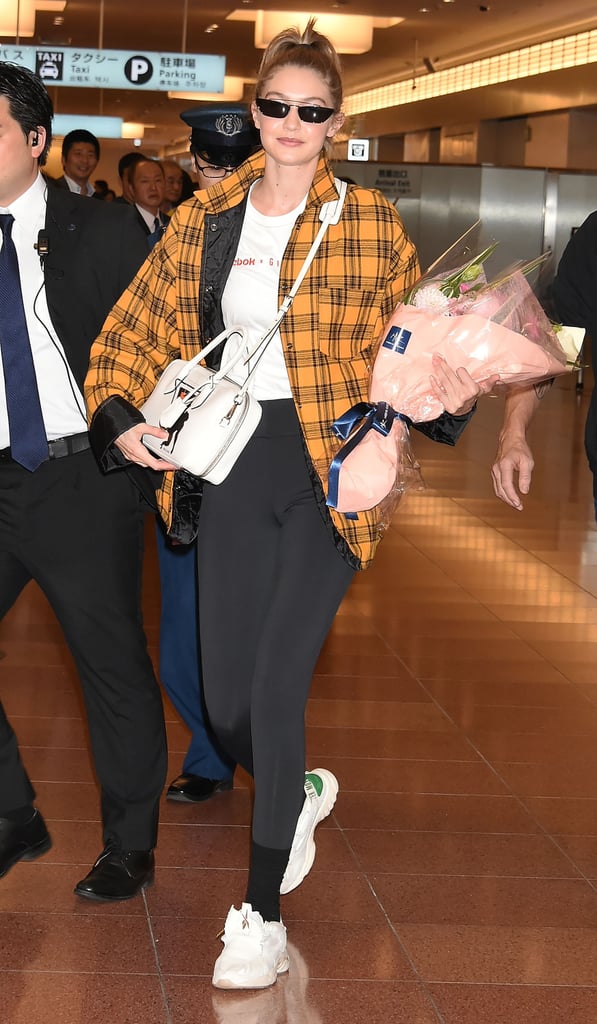 When it comes to cute airport style, few celebrities do it better than Gigi Hadid. On Nov. 13, the 23-year-old model landed in Tokyo, Japan, and was photographed wearing what can only be described as the coolest and most comfortable outfit. For her long-haul flight, Gigi slipped into black Vector leggings ($55) and a white tee from Reebok, which she paired with a $112 plaid jacket from Storets, white sneakers, a crossbody bag, and small sunglasses.

Of course, her plaid jacket immediately took us back to the epic 2018 Victoria's Secret Fashion Show. Gigi, who walked down the runway alongside her sister Bella, wore not one but two sexy lingerie looks that night, one of which was a colorful plaid set. Read on to get a closer look at her airport ensemble, then shop her exact jacket for yourself, as well as similar options. 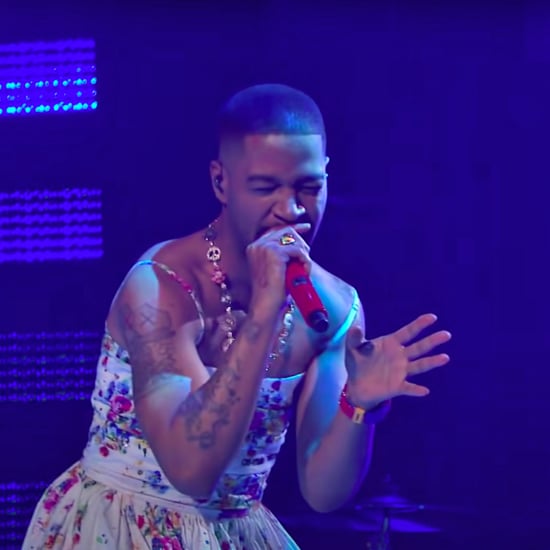