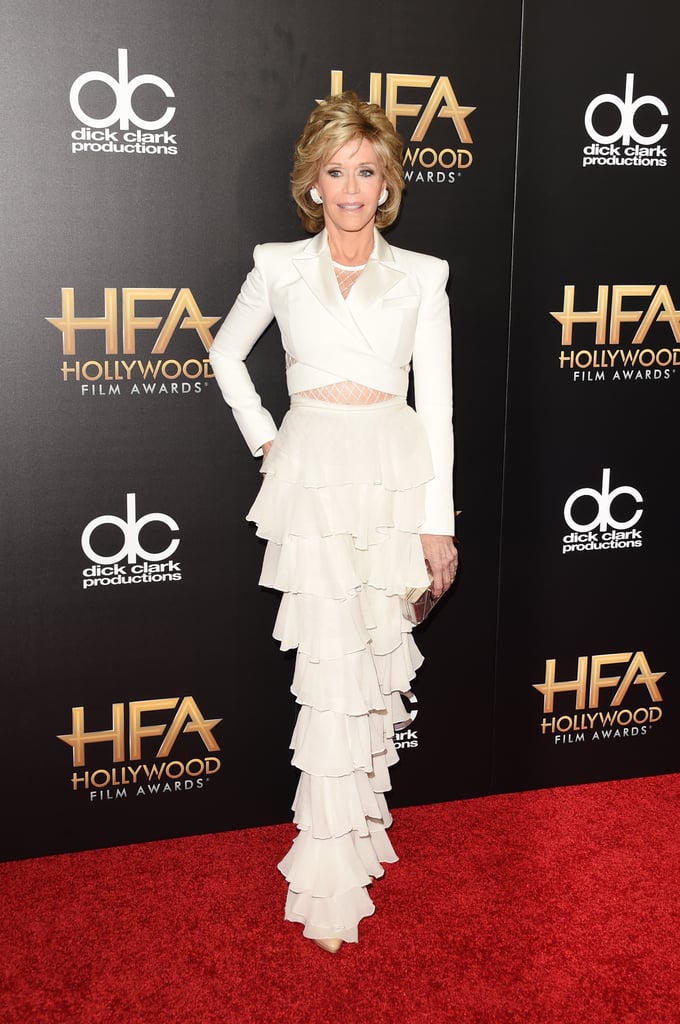 Jane Fonda's rocked her fair share of sexy red carpet outfits. And after recently covering W magazine in formfitting dresses complete with plunging necklines, it's clear she's one actress who won't ever stop taking fashion risks. But when 77-year-old Jane made an appearance at the Hollywood Film Awards in this white Balmain look, we could barely believe our eyes. Not only did we think, "Damn!", our minds immediately flashed to the Balmain Spring '16 runway, where supermodel Doutzen Kroes debuted this very outfit.

From the sheer, chiffon ruffled pants to racy mesh underlay beneath the cropped blazer, this is one ensemble that might prove difficult to pull off — but not for Jane. In fact, we'd argue that these high-fashion separates look even better when accessorized with diamond earrings and a box clutch at an award show. Read on for all the proof you need that being a sexy supermodel isn't a requirement for being part of the #BalmainArmy. Yes, we think Olivier Rousteing would accept Jane Fonda into the club in a heartbeat. 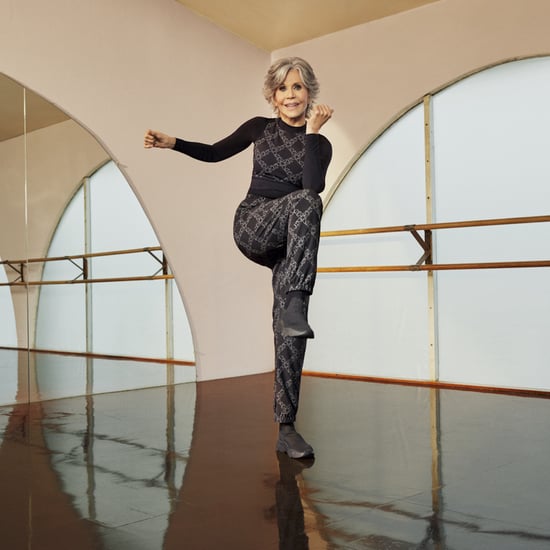