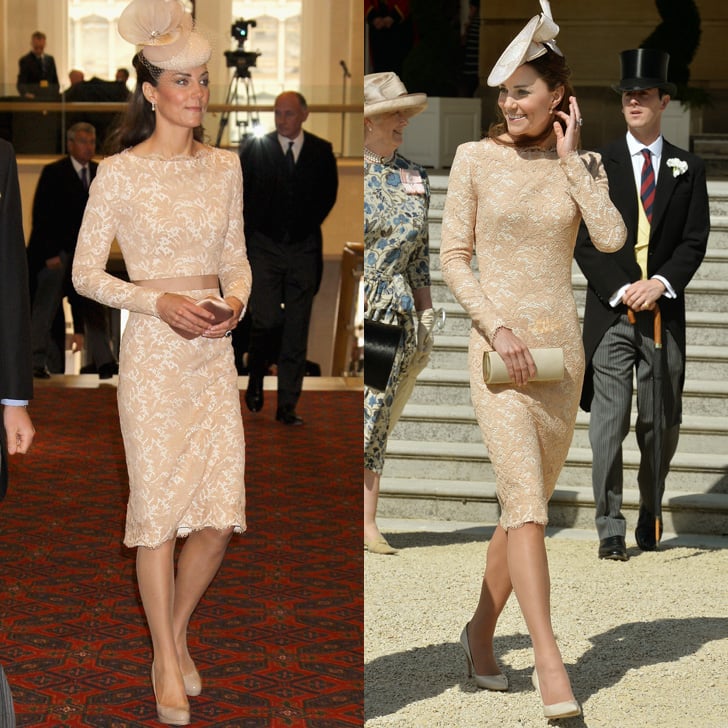 The Dress So Nice Kate Middleton Wore It Twice

Kate Middleton's known for recycling her royal gear, so that she repeated a lace Alexander McQueen sheath at today's Buckingham Palace garden party is no surprise to us. But what made us do a double take is how different the dress appeared with the mere removal of a belt and the addition of the neutral accessories. In an instant, her 2012 Diamond Jubilee design was transformed into a 2014 knockout.

Of course, this is far from the first time the duchess repeated an outfit: at the Mandela: Long Walk to Freedom premiere in 2013, she arrived in a crisp Roland Mouret gown that had already made an appearance in London one year earlier. Check out all the recycled red carpet moments that made us bow to the majesty of Kate.