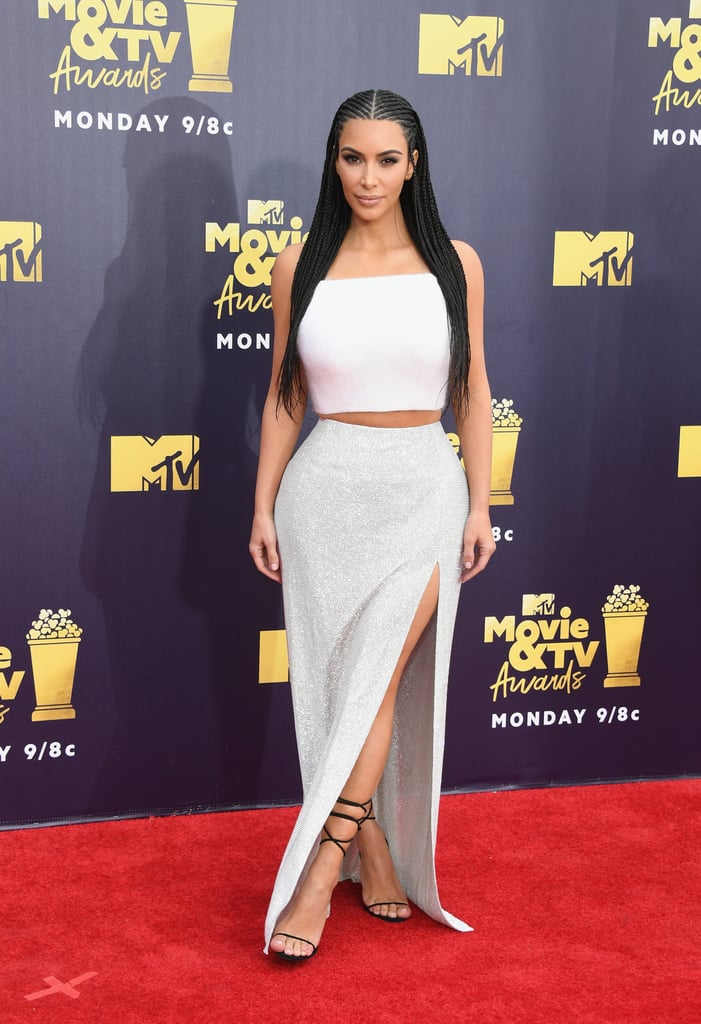 Kim Kardashian Walked the Red Carpet With Her Mom, but It Was Her Sexy Outfit That Stole the Show

The 2018 MTV Movie and TV Awards red carpet was sexy as hell. Celebrities apparently decided to save their hottest outfits for the award show, and one A-lister who turned heads was Kim Kardashian. The starlet walked the red carpet in an outfit from Atelier Versace with cornrows. (She previously wore the controversial hairstyle during a photo shoot, which landed her in some hot water.)

Kim, who posed for pictures with her mother, Kris Jenner, wore a fuzzy white crop top with a long silver sequined skirt. Her figure-hugging skirt featured a daring thigh-high split. Kim finished her red carpet look with a pair of strappy black heels. Keep reading to get a look at her outfit ahead.

by Shelcy Joseph 32 minutes ago