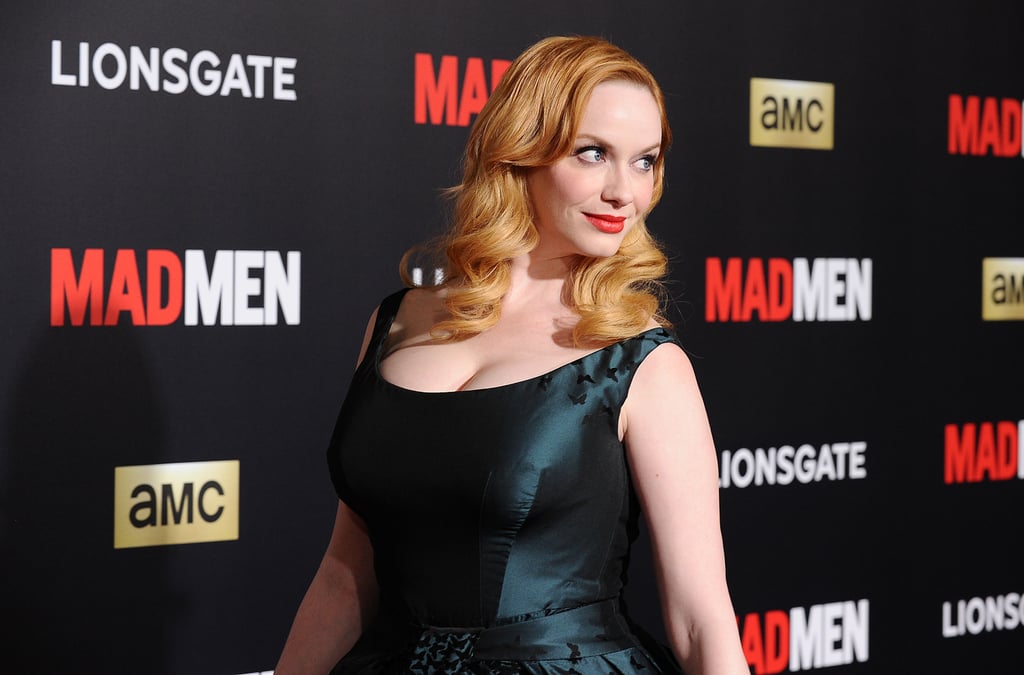 Although they may be intimidated by Don Draper in the office, on the red carpet, the entire cast of Mad Men battles for the spotlight. At last night's premiere event, Jon Hamm looked elegant in a champagne tux jacket and black bow tie, and Kiernan Shipka and January Jones opted for sparkle in playful dresses that promised each look would be better than the next.

But then Christina Hendricks swept through in a satin Zac Posen ball gown that took our breath away. Though she didn't play by the rules, opting to wear teal instead of the evening's requested colors, we think a feisty Joan Harris would be proud of her style move. Especially since her full butterfly-print skirt was detachable, revealing a figure-flattering column that the actress played up with diamond jewels.

But Christina wasn't the only one to show off modern flair last night. Read on to see what the whole cast of Mad Men chose to slip into when they gave up '60s New York vibes for present-day California. Trust us, you won't be disappointed.

Kiernan Shipka
Kiernan Shipka's Boyfriend Has a Famous Family, as Does Her Ex
by Corinne Sullivan 16 hours ago

Winter Fashion
Juicy Couture Relaunches Its Website With Velour Tracksuits — Paris Hilton, Are You In on This?
by Sarah Wasilak 3 days ago